First, the bad news: As revealed by The New Food Economy, those beige, molded fiber "100% compostable" takeout containers used by Whole Foods, Chipotle, Sweetgreen and other chains actually contain harmful chemicals. It was only recently discovered that….

"…All molded fiber bowls contain PFAS, or per- and polyfluoroalkyl substances, a broad class of more than 4,000 fluorinated compounds that do not biodegrade naturally in the environment.

"This means that the bowls used at restaurants like Chipotle and Sweetgreen aren't truly compostable, as has been claimed. Instead, they are likely making compost more toxic, adding to the chemical load of the very soil and water they were supposed to help improve.

"And rather than degrade quickly, they contain potentially hazardous ingredients that never break down. Not in five years, and not in 500." 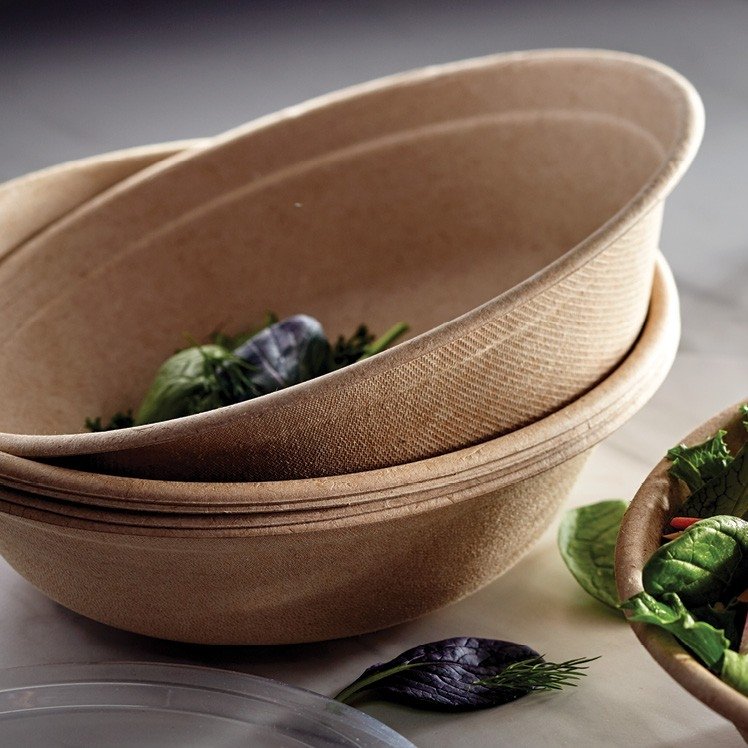 I recommend reading TNFE's entire article, but the salient points are:

- When we eat out of fiber containers containing PFAS, those chemicals go into our body--and remain inside of us for days or weeks, as opposed to the hours that BPA stays in our body.

- When these fiber containers are thrown in landfill, the papery part rots away. But all of the PFAS chemicals remain intact and leach into the groundwater, which means that "100 percent of it you'll be drinking in two months. Because it goes right through the landfill treatment" and into our drinking water supply, says Notre Dame chemist Graham Peaslee.

- Composting these fiber bowls essentially poisons that compost pile. If you use that compost to grow food, bad news: "Research shows PFAS can easily be absorbed by fruit and vegetable crops, where compost is likely to be applied."

In our rush to escape Styrofoam and BPAs, we've run right into the arms of yet another poorly-understood series of harmful chemicals that are bad for both our bodies and the planet. We get so excited that we're not using known bad stuff, that we don't bother to look into whether the new stuff is also bad. 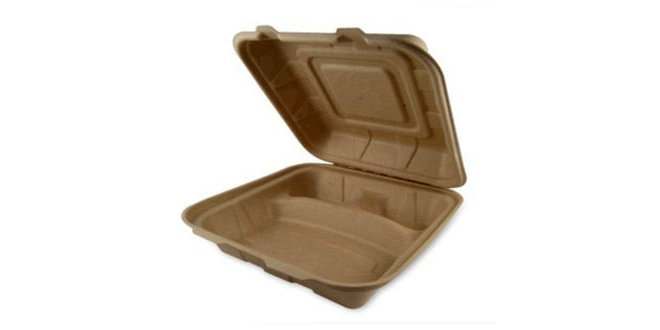 The problem is much bigger than these fiber containers. The key source of the trouble is the single-use mentality. And that's why I say there is a massive opportunity for designers here.

Why? Because when designers bring compelling objects or systems into the world, they can change (for better or worse) the way people live and behave. They change our very mentality. Just look at what smartphones have done; in the course of less than fifteen years, they have completely transformed how we conduct our lives. Fifteen years ago, if people saw a volcano erupt, they'd run. Now, they'd pull their phones out, eager to capture video they could hashtag with #flowinglava.

What we need are a series of useful and compelling objects that can get us off of the single-use mentality. It's already been done, at least to some extent, with personal water bottles. 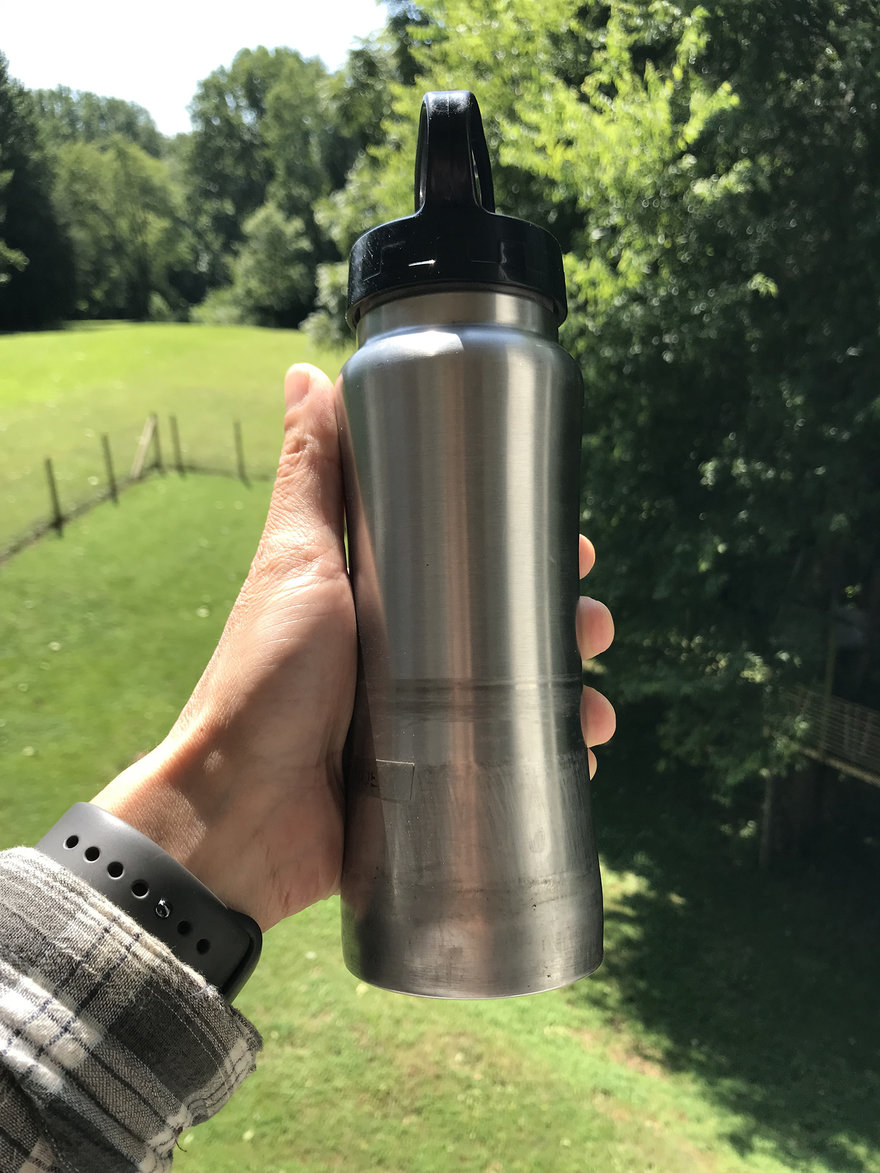 I carry this handy little steel bottle with me everywhere I go, refilling it at sinks and water fountains. In the years I've owned it, I've drank from it literally thousands of times, and have avoided buying countless plastic single-use water bottles. It's changed my mentality, as twenty years ago I'd have thought nothing of paying $2 for a plastic bottle of water, and now that act seems incredibly stupid, wasteful and expensive to me.

The move away from single-use is also starting to happen with drinking straws and coffee cups. It hasn't happened yet with takeout or casual dine-in food containers, at least not on a wide scale, and this is where the opportunity for designers lies.

Designing a personal food container doesn't sound terribly sexy, but look at what the fabulously successful Yeti has done in a parallel category. 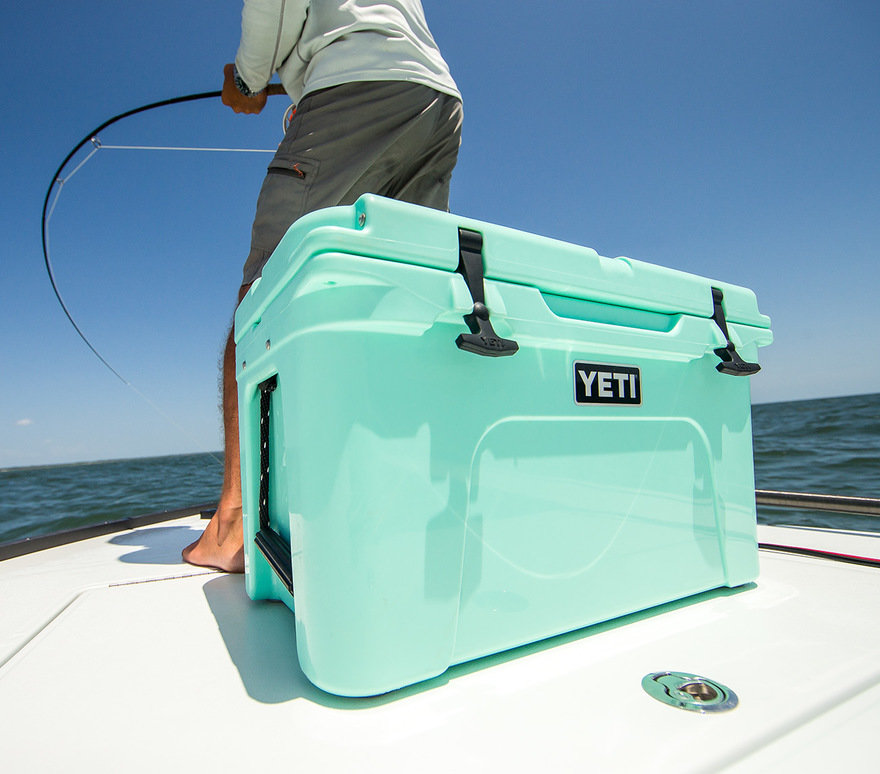 Twenty years ago a camping cooler was one of the least-sexy objects in a hardware store. Yeti's design approach made them attractive and desirable in addition to useful, and it paid off handsomely; last year their revenue was $778 million. 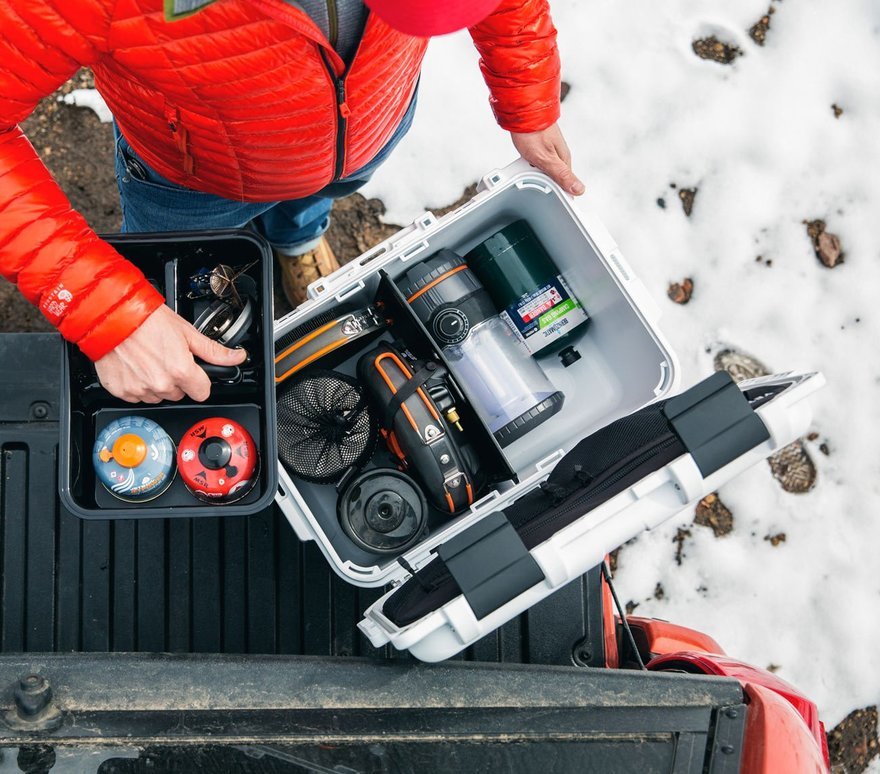 What would a multiple-use, personal takeout food container look like? Japanese bento boxes exist, though generally not in the sizes we Americans like to take our meals in.

Those designs can be scaled up and/or stacked. For an American take on the bento box, there is a U.S. company called Planetbox that designs awesome-looking personal food containers in stainless steel: 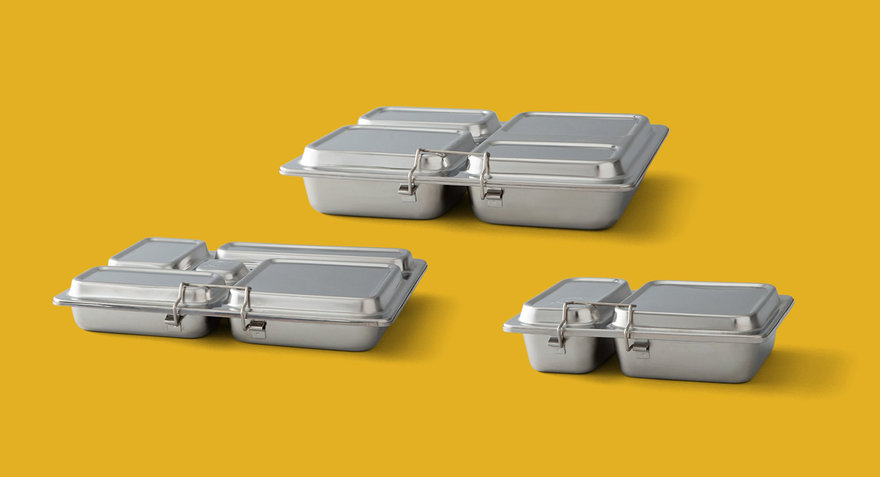 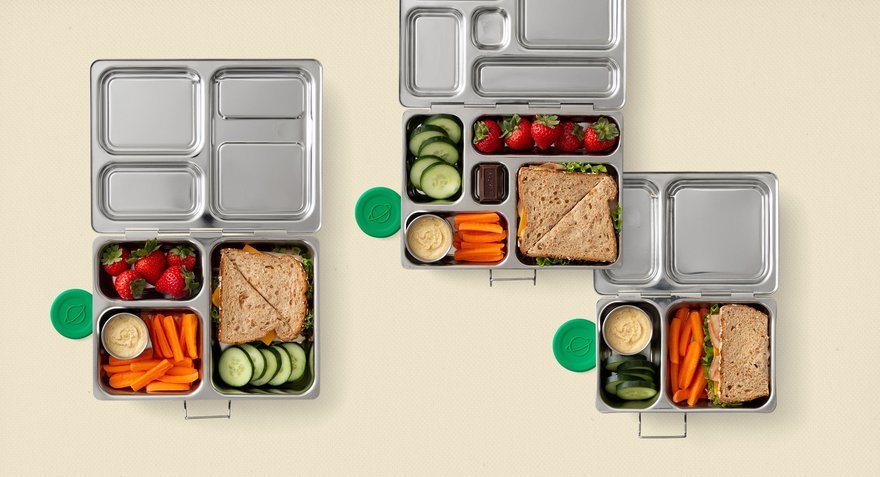 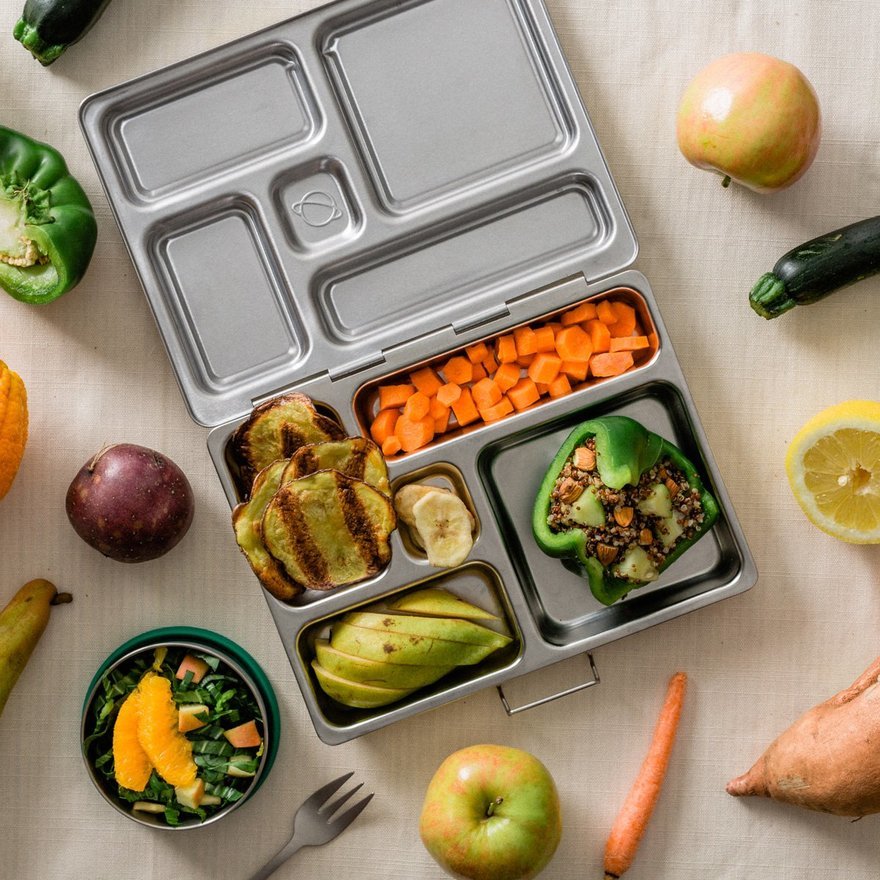 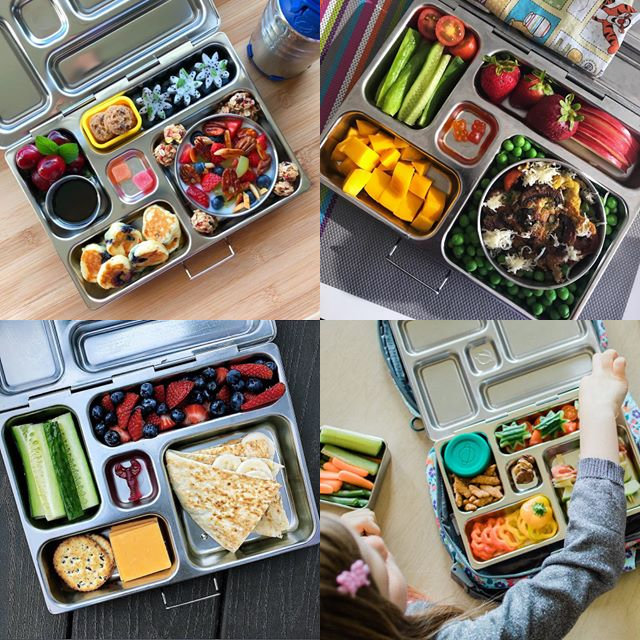 Planetbox's dishwasher-safe products are designed for parents who are packing their children's lunch, but it wouldn't be difficult to imagine them producing variants better-suited to, say, an office worker who likes to have lunch at the Whole Foods buffet and wants to use his or her own container.

Speaking of Whole Foods, they, along with Chipotle and the other chains currently using molded fiber containers, are going to have to switch to something else when knowledge of the PFAS problem becomes widespread. There is an opportunity there for the organizations themselves to contribute to the solution. Whole Foods already gives you a slight discount if you bring your own bag; could they not do the same if you bring your own food container?

What if Chipotle had a series of really cool-looking, well-designed permanent-use food containers? If the object itself was desirable, could they not only sell them, but somehow use them to build customer loyalty? What if they had an entire system where those who bring their own Chipotle containers get to skip the line, get free chips or receive a slight discount?

One leader in this category is Just Salad. They sell a reusable bowl for $1, and every time you bring it in, you get free toppings. 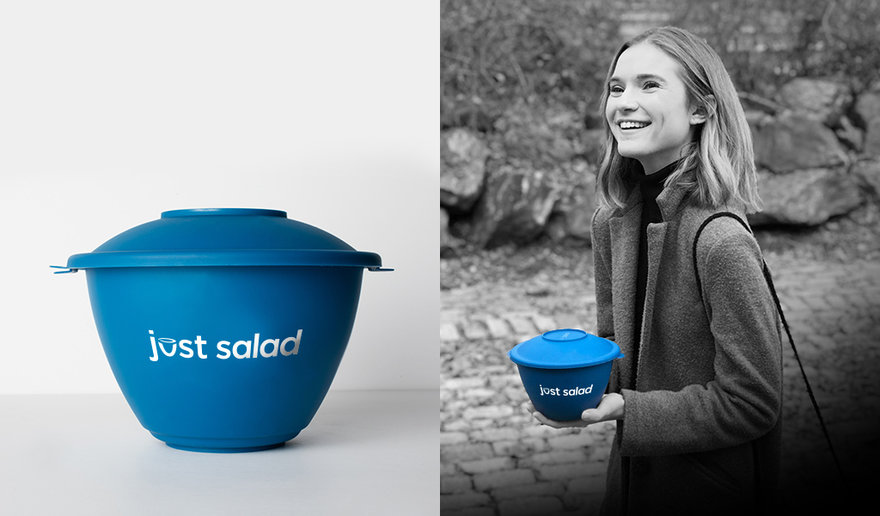 I know what you're thinking: That's an odd-sized object to ask people to carry around with them every day. Again, an opportunity for design. Collapsible silicone bowls exist and might be a great fit for this category. 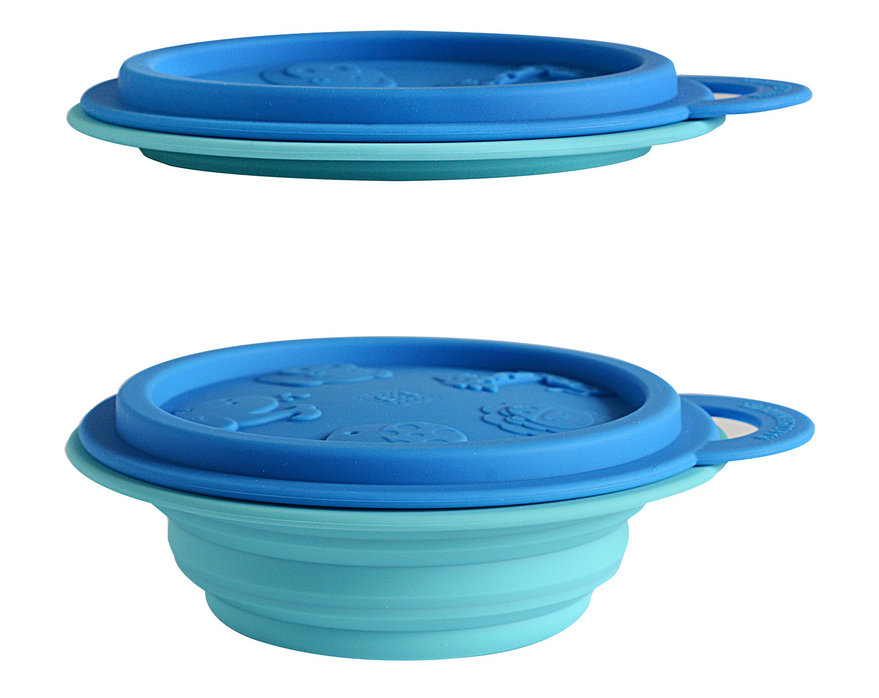 In short, what's needed is a mentality shift away from single-use items. And as we've seen, things like the iPhone and Yeti coolers have become so desirable that they've changed our behavior and perception, respectively. Americans eat a lot of takeout food, and the containers it currently comes in are unsustainable. So there's a market for design here, one that's as large as American appetites.