Paper, plastic bottles, and cans have fairly straightforward recycling processes. But materials designed to be durable, like clay, don't have such a clear road to reinvention. A small ceramics studio in Liverpool's Granby neighborhood is setting fire to that notion.

The Turner award-winning team at Granby Workshop has developed what they believe to be the first 100 percent recycled line of ceramic plateware, made with discarded refractory bricks, laboratory test tubes, tiles, wastewater, and precise chemical analyses to check the recipe. They're raising money for the production of Granbyware on Kickstarter now. 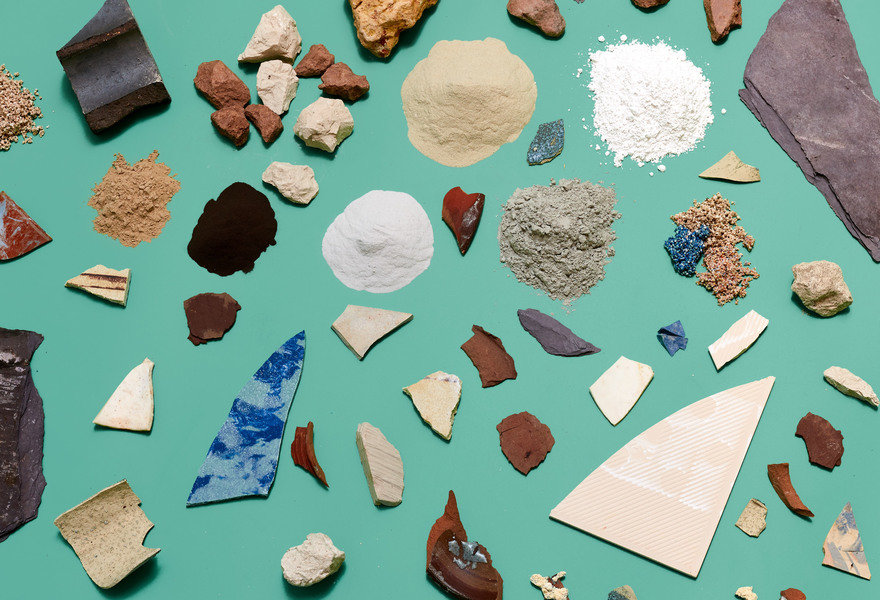 The Granbyware line is made from sludge, silt, chipped tile, and other materials that would typically go to waste.

Granby, a small neighborhood in central Liverpool, has been the site of infamous decline and remarkable bounce-back. After a housing-market crash turned the area into a wasteland, frustrated residents created a community land trust and demanded new development approaches: "We [have] stopped waiting for top-down regeneration and started doing it for ourselves and by ourselves," their proposal explained. They caught the attention of a social investor who loaned the group half a million pounds; additional support soon followed.

This was how they came to hire the architecture firm Assemble to remodel 10 houses and create a winter garden as a revitalization effort. The inspiring story and exceptional work earned the firm the Turner Prize in 2015, won spots in the V&A museum and the Crafts Council's permanent collections, and sparked the creation of a permanent studio to churn out ceramics for new local projects and a burgeoning global fan base.

Setting the table for Granby

Despite the international attention, Granby, as a neighborhood, and Granby Workshop, as a business, are frequently misunderstood, says Sumuyya Khader, one of the workshop's original local freelancers, who now runs operations full-time.

She notices outsiders tend to see the story with a tinge of a savior complex. "The media has one view on how the city is"—stuck in decline, struggling—"but to us, Granby is thriving." Assemble didn't just swoop in to fix it up; they wouldn't be there at all if not for the local organizers who hired them. "Granby has always been community-based. It's always been a mixture of people, and people doing things for themselves." 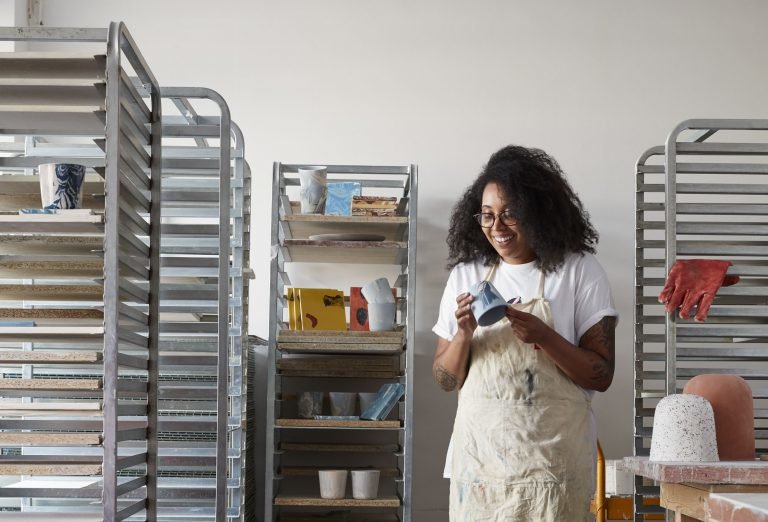 Sumuyya Khader in the workshop

Accordingly, as the team has scaled production and become a truly functional international business, the team has made an effort to connect with their community, offering plate-making workshops and locals-only discounts on their luxury ceramics.

The Granby locals on the workshop's staff (and, Khader is quick to point out, Assemble's Lewis Jones, who moved there for the job) understand their neighbors' perspectives—and budgets. They offer seconds—firings with some minor imperfections—at the nearby market, selling bowls for half the price or big boxes of tiles for less than they'd ever offer online. "It's just recognizing that what we're doing is super unique and the price point doesn't really match the area, or Liverpool in general, to be honest. We always want to ask, 'When are we doing things for people in this area? How are we going to manage it? What does it mean?'"

Reusing the salt of the Earth

Granby's self-awareness extends beyond local budgeting considerations. As the climate crisis escalates, Khader and the team are thinking about the workshop's role in preserving the environment and setting new standards in their craft.

"We've always been incredibly conscious of how sustainable we are, and we work in an industry which has slowly been on the decline, especially in the UK," Khader says. "We know for a fact that we can't compete with the Ikeas, which means that no matter what we make, it has to be sustainable, it has to stand the test of time."

Granbyware plates and bowls in action.

"We're excited because, looking around, we've not yet found anyone who has a 100 percent waste material tableware range," Khader says. "For us, the challenge is always pushing the limits of what a process is and experimenting with materials and putting a bit of a twist on [it] to say, 'You can look at things in a different way.'

"Coming from waste streams doesn't have to mean it's ugly or nonfunctional," she adds. "You might not know the difference from first glance, but a lot of work has gone into the testing of the recipe itself." 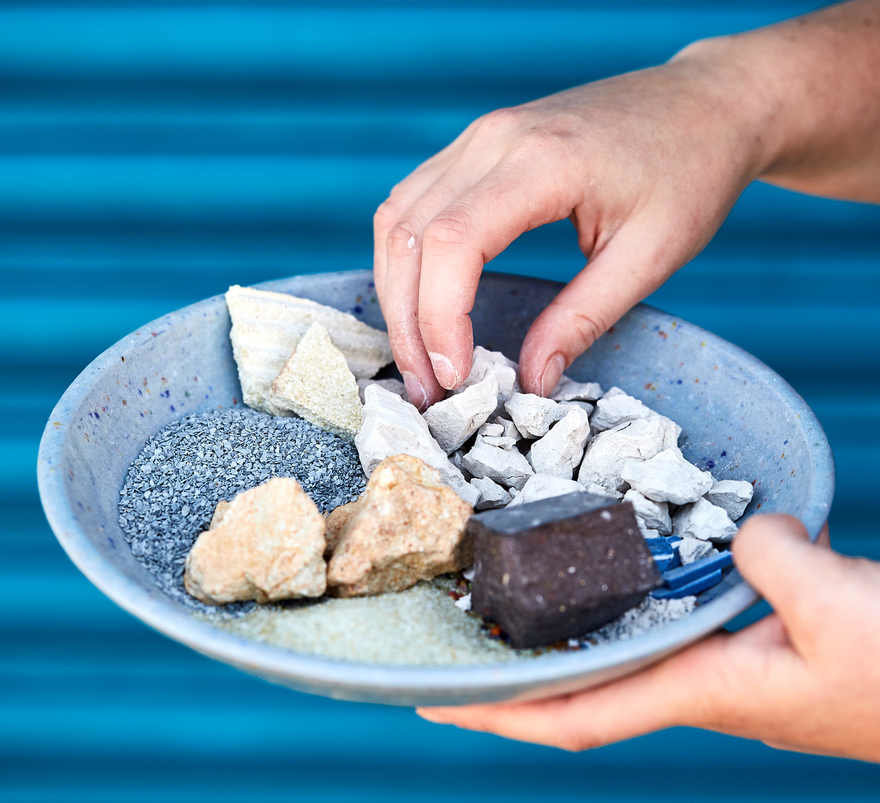 Some of the materials that go into making Granbyware.

A lot of work is going into sharing the story of this rare recipe, too. "It's important that people know that it's made from waste material and it's more ecological and sustainable," Khader says. "Eventually, everything is going to have to move that way. We're going to have to use less raw materials. It's happening. So why not be on the cusp of that happening and prove that it can happen from a small-scale manufacturer in Liverpool?"

Granbyware is live on Kickstarter through October 16, 2019.