Dodging the Design Roast because it makes a meaningful statement

Yes, I reflexively almost put this into the Design Roast, before reading up on the intent of the design. 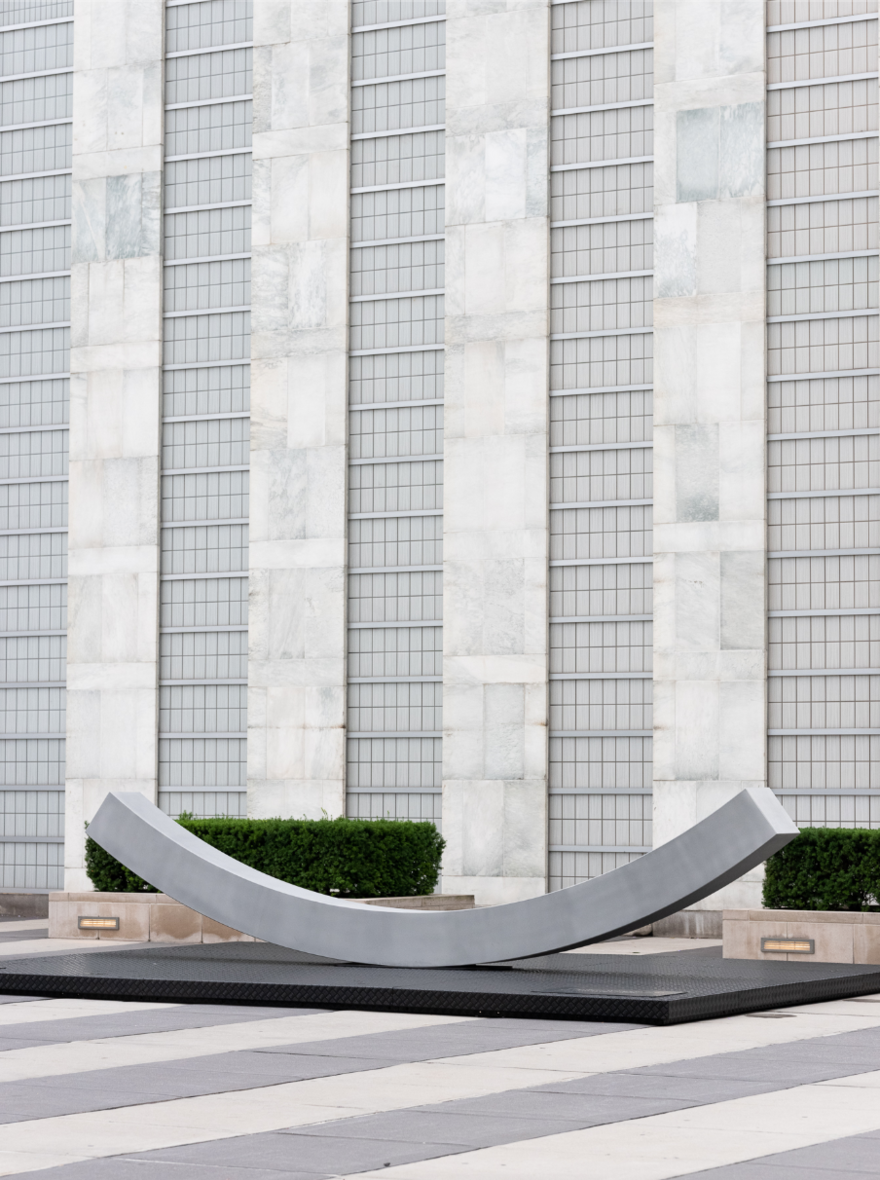 This is the Peace Bench, designed by Norwegian architecture firm Snøhetta and manufactured by Vestre, a company that bills themselves as the first carbon-neutral outdoor furniture manufacturer. 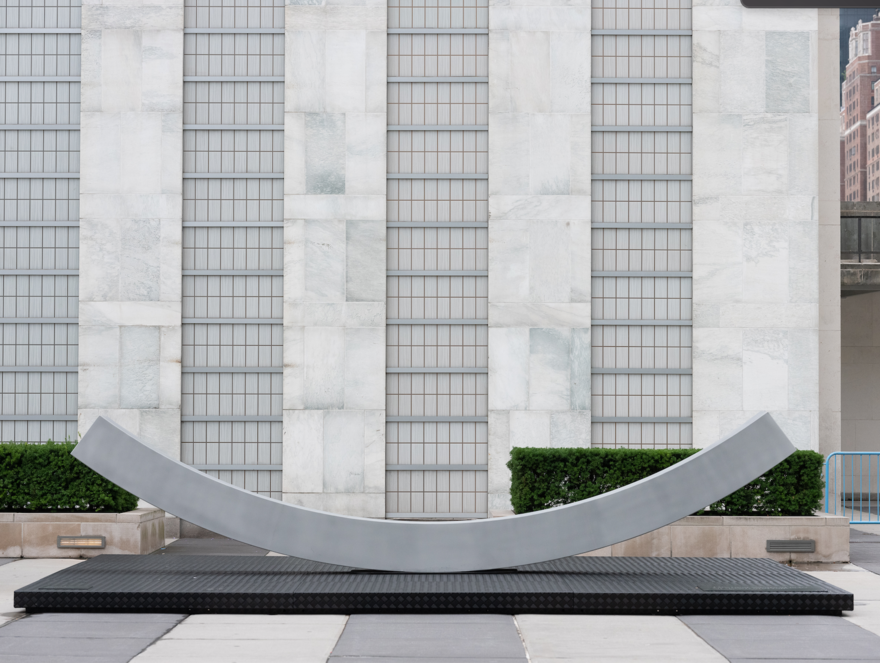 To be honest, from a practical standpoint the design makes no sense to me. The anodized aluminum bench is over 21 feet (6.5 meters) long, yet appears to seat only two. Furthermore, physics presumably indicate that the object be specially anchored to the ground; if it weren't, I could imagine some visually spectacular accidents experienced by passing skateboarders with poor impulse control. 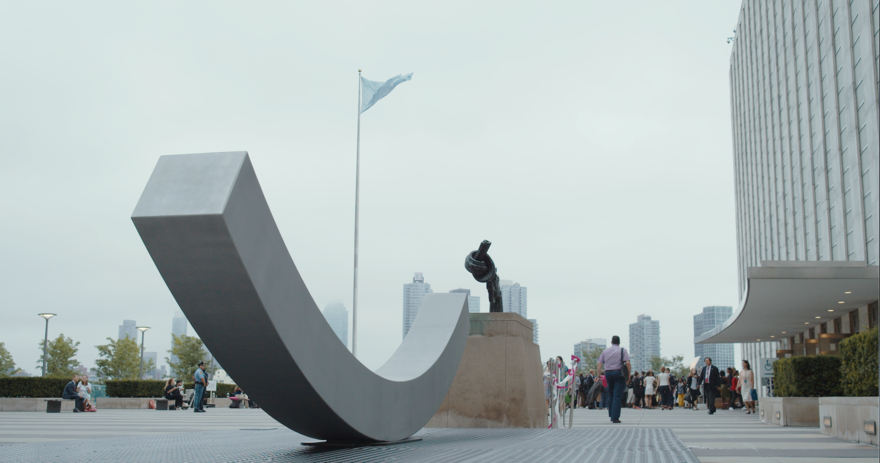 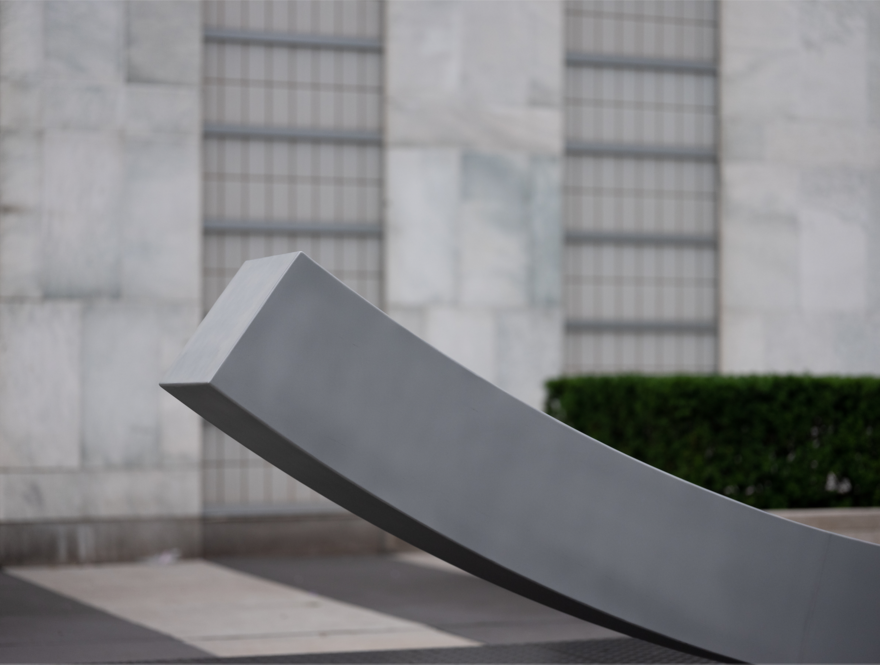 But at the end I find it hard for me to criticize the design, because of what Snøhetta and Vestre are trying to do, and because of what the bench is meant to symbolize. It is not meant to be practical mass seating that blends into the background. It is meant to draw attention to itself and what it symbolizes.

Snøhetta has designed an installation which is currently showcased at the UN Headquarters Plaza in New York City as a symbol of diplomacy and dialogue. Commissioned by the Nobel Peace Center, the piece is titled "The Best Weapon" after Nelson Mandela's historic quote "The best weapon is to sit down and talk". The installation pays tribute to past Nobel Peace Prize laureates and their efforts to bring people together to find effective solutions for peace. 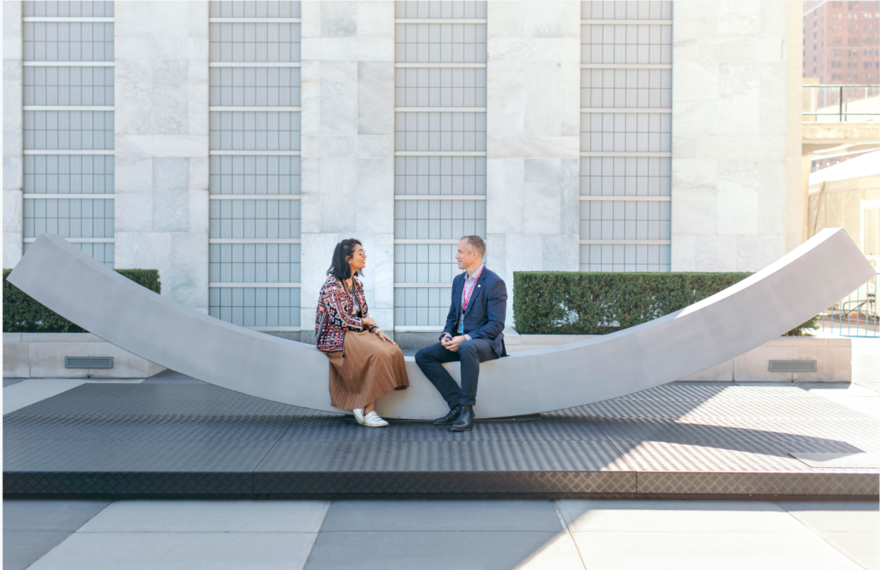 The installation was created in partnership with collaborators Hydro and Vestre, and was first unveiled at the United Nations Headquarters in New York City on Nelson Mandela Day, July 18th. The installation will remain at the Headquarters' plaza through October 15th, when it will be transferred to Oslo to its permanent location near the Nobel Peace Center and the Oslo City Hall, where the Nobel Peace Prize is awarded annually.

Designed as a partial circle that meets the ground at its lowest point, the gentle arc of the bench pulls those sitting on it closer together. The installation's singular design gesture embodies an invitation to conversation…. 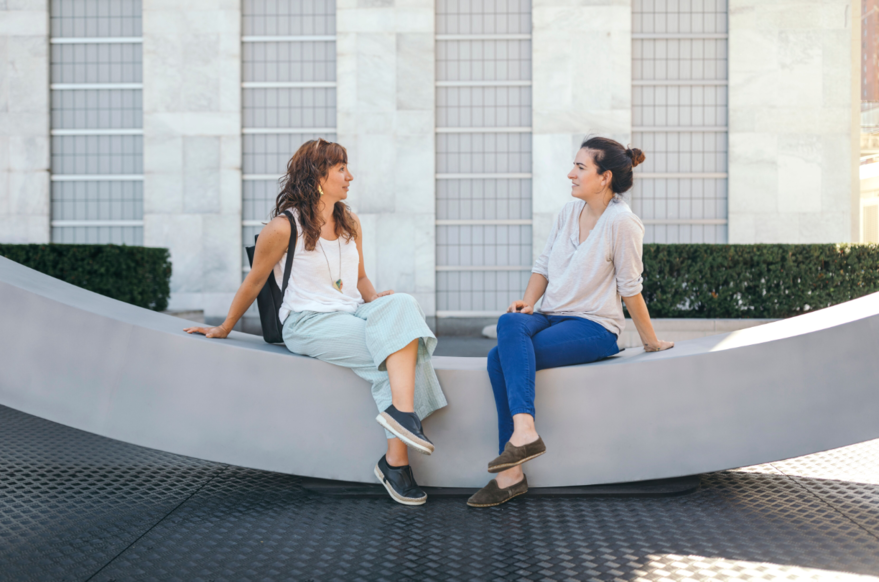 "Trust and understanding between people occurs when we meet and get to know each other. That is why creating social meeting places where people come together across age and background is so important to us. Some may think it's a little naive to believe that a bench can change the world, but we have seen it work – time and time again," says Jan Christian Vestre, CEO of Vestre.

The Best Weapon balances a duality of messages, as a functional piece that invites conversation and social intimacy, as well as anchoring the Peace Center's mission as a resilient symbol for discourse and peace. [It] manifests the values of the Nobel Peace Center and pays tribute to the humane ideals of Nelson Mandela – ideals of compromise, of dialogue and compassion. 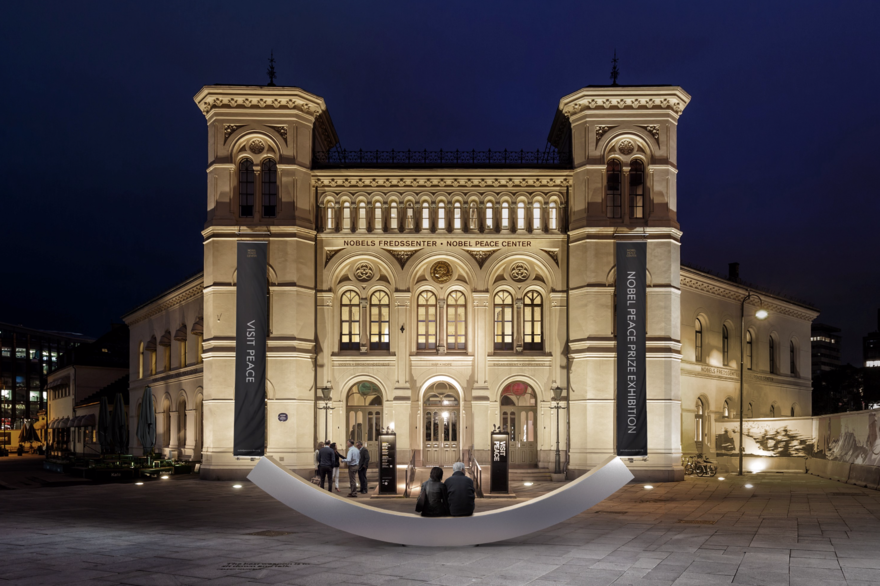