Give Your Smart Watch a Touch of Nature With Bandly

The story of Analog Watch Co. started in 2012 when founder Lorenzo Buffa was a senior in the Industrial Design program at Philadelphia's University of the Arts. "Most of my undergraduate work was research-focused, but before finishing school I wanted one portfolio piece that was a physical product and mock brand," he explained to us in a recent email. "I saw a trend of wood watches emerging and decided to explore an alternative to wood links for the band." Over the course of his thesis year, Buffa explored different types of wood, veneers, substrates, and adhesives, before ending up with four watches featuring soft, remarkably pliable bands made out of wood. A year and a half later, that original line of watches was successfully funded on Kickstarter and Analog Watch Co. was officially born.

When we last caught up with Buffa, he had just launched that first Kickstarter campaign, and today, he's back for a second round of crowdfunding for his latest product release: Bandly. 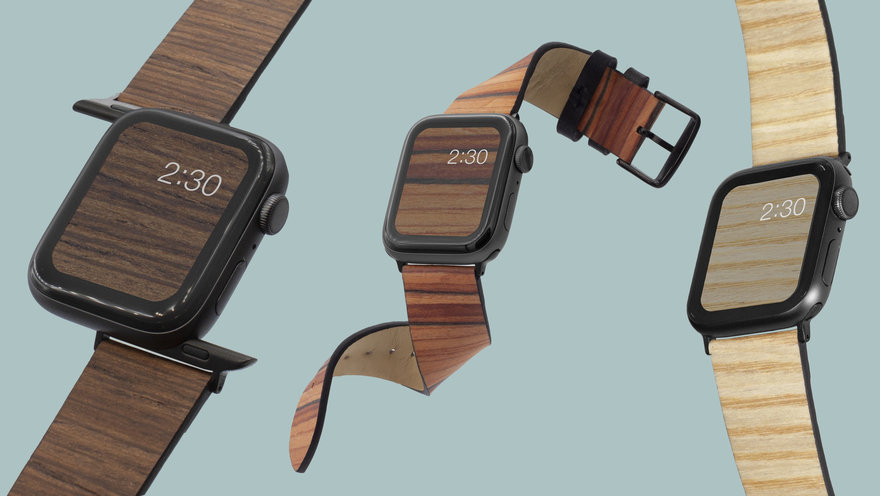 Each of the four designs comes with a matching background optimized to compliment the Series 5 Apple Watch "always-on display." 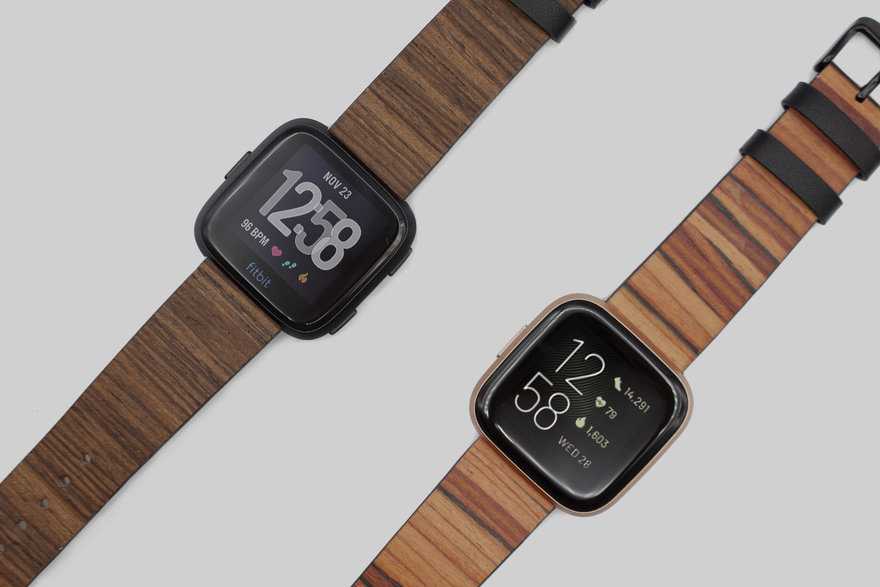 Buffa adapted his thesis technique—for which he received a utility patent in 2017—to create a range of wooden straps that are compatible with the Apple Watch and Fitbit Versa. The organic grain of the wood gives the bands a warmth that traditional tech accessories made of plastics and metals are too often missing. 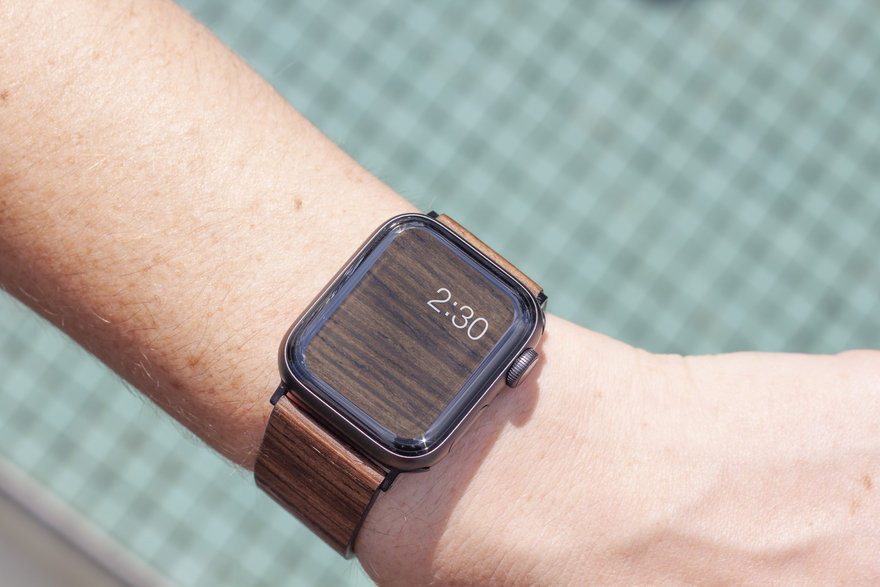 "Bandly aims to be a micro-change that brings a little bit of real nature into your experience of tech," Buffa says. "Technology fatigue isn't going anywhere, so we decided to combine the well-known benefits of nature with everyday tech items." 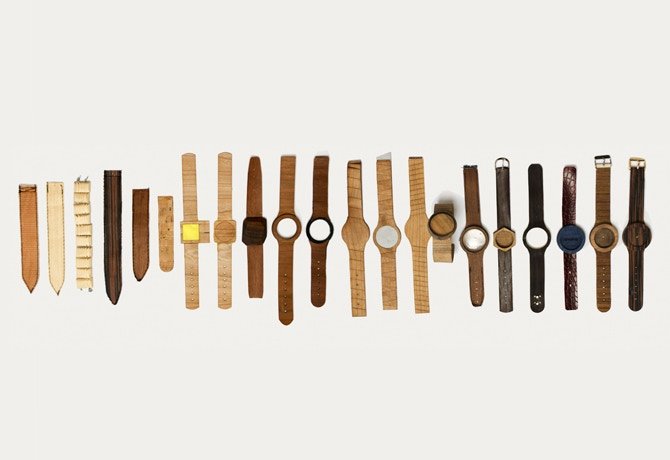 Four years in the making, developing Bandly presented a distinct challenge. "The original design was treated and had specialized coatings for wear, but the average watch wearer doesn't wear their watch 24/7 like smartwatch users do," Buffa explains. "I had to account for the fact that the watches go through much more rigorous use and wear. This meant changing wood species to ones that are more crack resistant and finding a matte finish that was also truly sealed so it could handle all of the moisture from sweat." We don't have more details about their proprietary process, but it renders the pliable wood virtually waterproof. 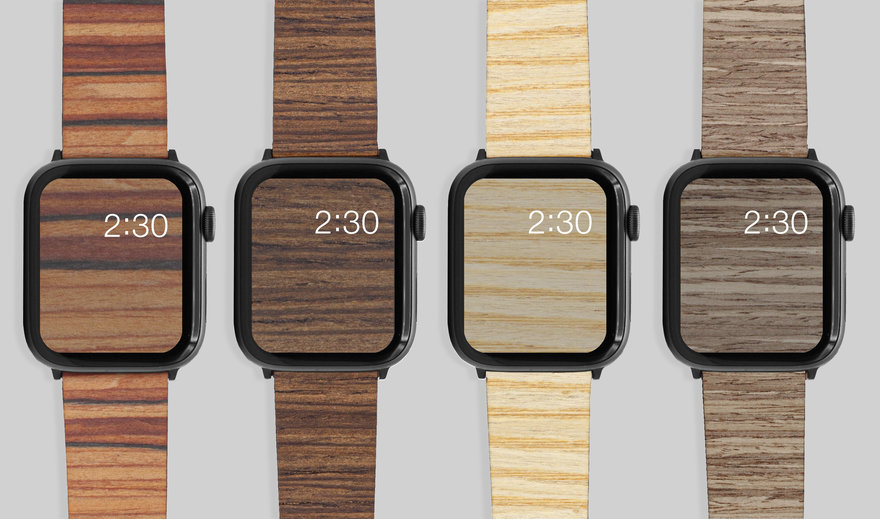 Available in dark teak, light teak, maple, and rosewood, the engineered wood is backed with soft vegan leather. The campaign page boasts that the bands withstand up to 10,000 bends, 500 stabs, and 1000 smashes. At press time, just a few hours after their launch, Bandly had raised almost 50% of their $2,500 goal.

Give Your Smart Watch a Touch of Nature With Bandly