Which do you prefer, and/or how would you have designed it differently? 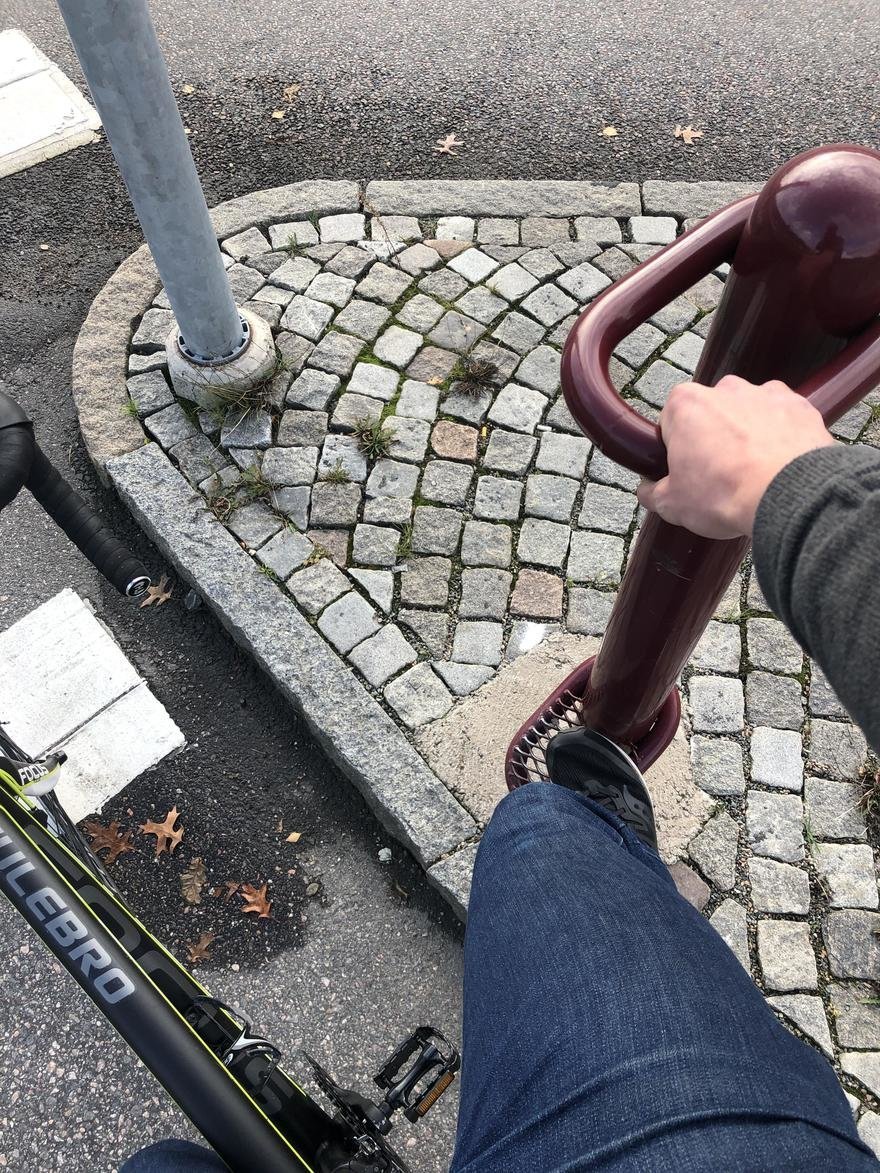 …several of our readers sounded off with opinions. Designer Jason Livingston wrote "In discussing this same photo with some bike commuting design colleagues, we concluded that this object was likely placed here not to allow people this comfort, but to prevent them from performing the same maneuver using the pole in front (which would put much of the bike, in not the rider, into traffic)."

I hadn't considered that that might be its origin (and I suppose, sadly, we'll never know) but it surely seems possible. You can picture a designer seeing a cyclist hanging onto a pole with his front wheel in traffic, and thinking "What would be a better solution?"

Reader Björn Bengtsson brought up another benefit of the object: It "Actually helps you take off quicker when green. Making more people able to cross before it's red again." 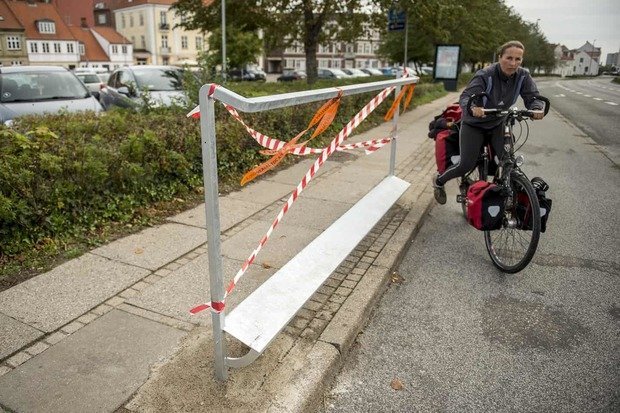 "They make a big difference when you have a load on your bike such as a child in a seat or cargo bags on both sides of the rear wheel," he writes.

On top of that, I assumed another benefit would be that this could accommodate more than a single rider, but Marvell points out that human behavior obviates that. "The longer 'bench-like' design can be used by up to three cyclists, but usually the first cyclist who arrives at the stand takes up the whole space by parking in the middle."

An idea for a design modification to fix this? "Maybe three smaller stands are better than one big long rail," Marvell suggests. "Either way, this is a really good idea as it also prevents pedestrians stepping out on the bike path to cut a shortcut across the road at a junction."

That last one sounds like a potential lifesaver; when I was still living in NYC and Citibiking everywhere, you'd constantly see pedestrians--faces in their phones, of course--stepping directly into a bike lane without looking.

Which do you all prefer, the Danish or Swedish design? I think both have their merits, but I feel certain that the Swedish design wouldn't work in NYC; for one thing, I can see skateboarders constantly grinding on this thing--and groups of them using it as a bench on breaks, their boards and legs sticking out into the bike lane.