New Zealand-born Anton Thomas drew maps throughout his childhood but he never received any formal training in cartography—or art, for that matter. While working a brief stint as a cook in Montreal in 2012, the self-taught illustrator started to draw a freehand map of North America (where he had backpacked years earlier) on his apartment fridge which had been painted over in white paint to hide unseemly stains. It became the study for an even more ambitious project that he completed in 2019 after four years and nine months of painstaking work: an epic, four-by-five foot map of the continent filled with colorful narrative and geographic details (h/t Atlas Obscura). 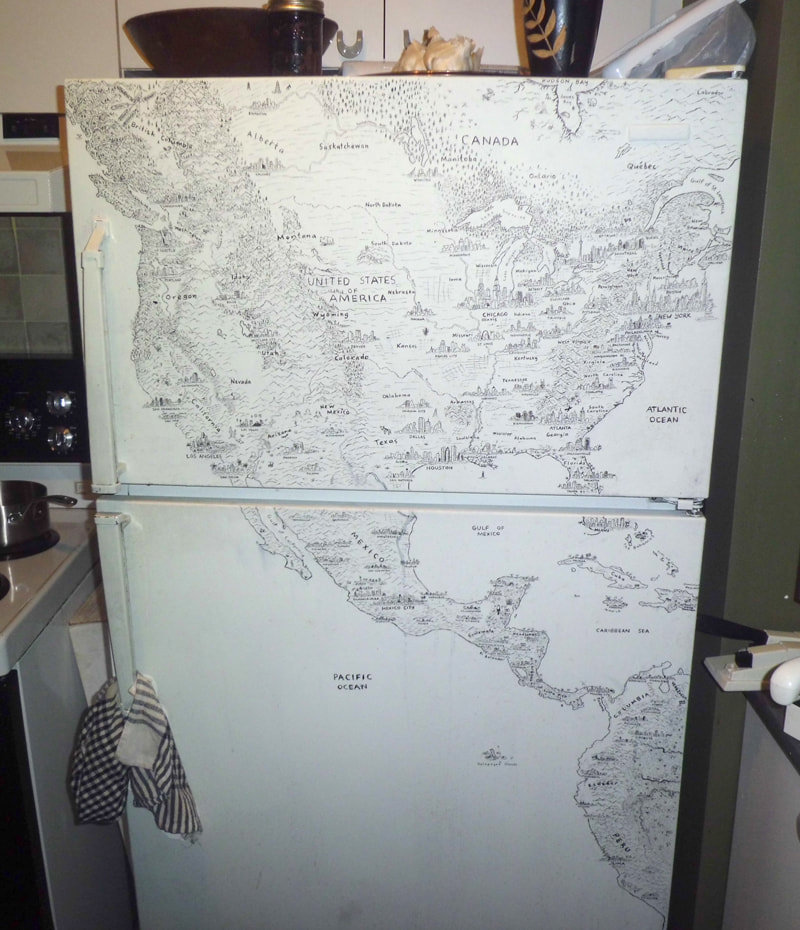 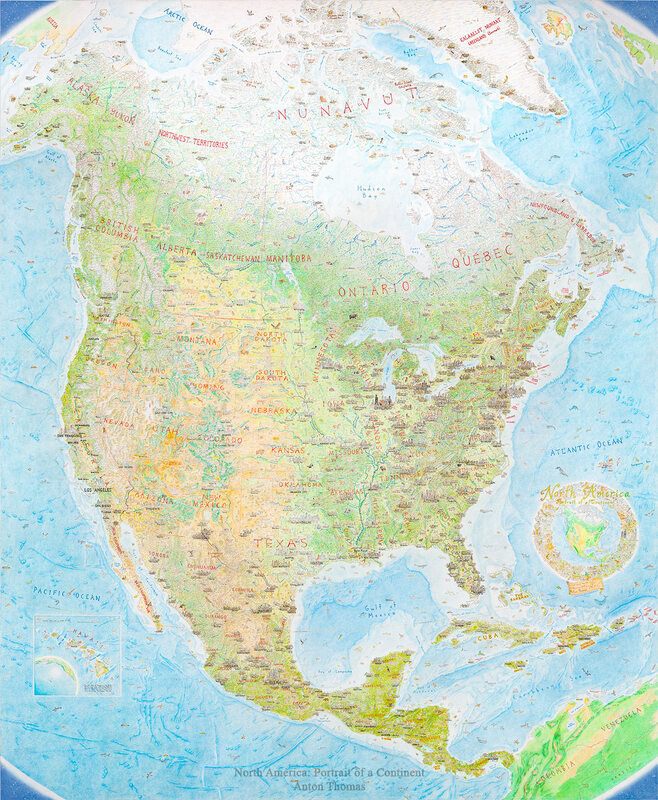 All images courtesy of Anton Thomas

"I started with British Columbia, and when I got to Vancouver, I thought, 'Wow, it would be pretty cool to draw the Vancouver skyline,' not really thinking about the precedent you set by drawing one skyline," he said in a recent interview with Atlas Obscura. "And then I got to Seattle, and Portland, and San Francisco, and onward and onward." 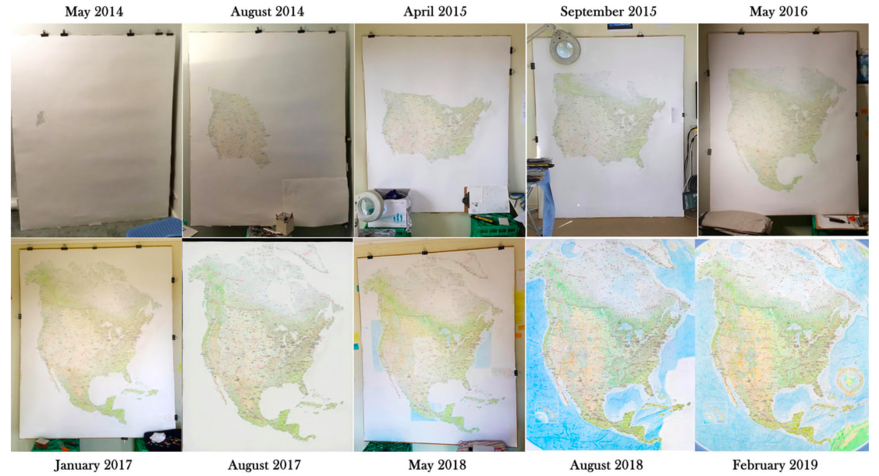 Thomas began work on the second map in May 2014. In addition to city skylines, the densely-packed map represents local flora, fauna, and other recognizable details. "Content all across the map says things about agriculture, culture, history. I try and be apolitical as possible in the things I represent, but it's a little hard. Because you're trying to tell the story of place, and places are complicated." 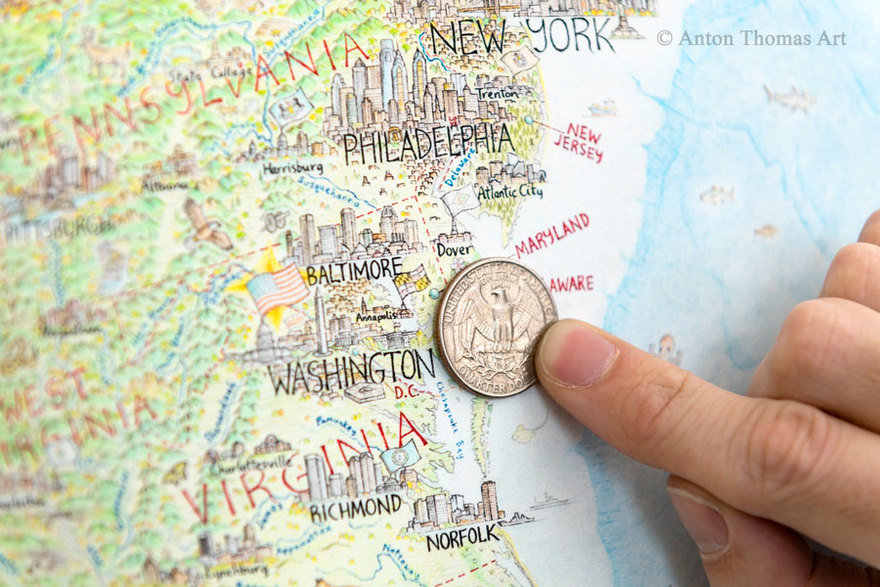 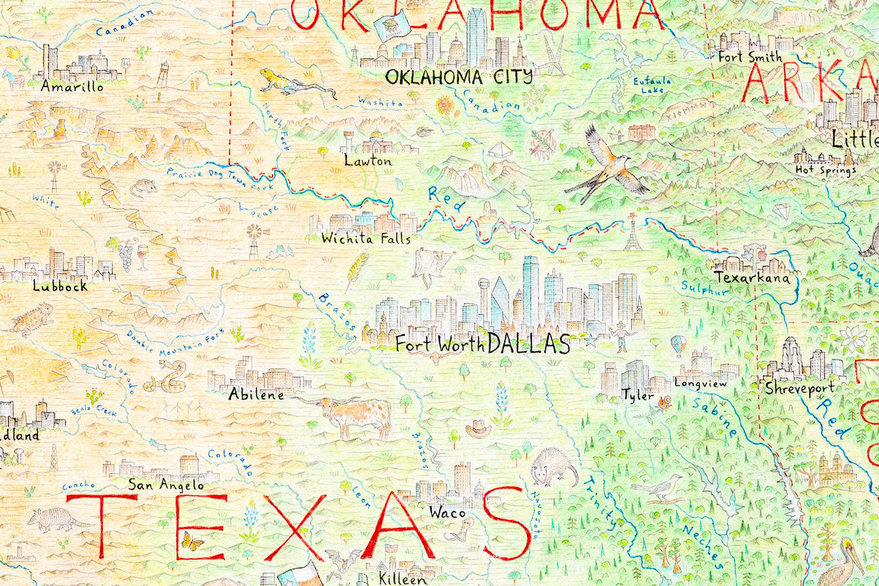 During the process, Thomas sometimes shared pictures of areas in progress in the r/MapPorn subreddit—and got some useful criticism. "I drew Dallas, but not Dallas–Fort Worth. The metroplex is a twin-city dynamic. The response to that was savage. I remember distinctly being called a fool. And I was like, 'Okay, this isn't your average trolling.'"

Thomas will soon offer prints of his completed work, which should be available for sale later this month.