According to a recent research project it appears that the form – the shape and surface detailing – of the French "Adrian" helmet, a design used over a hundred years ago, is better at deflecting blast shocks than its more plainly shaped modern counterparts. 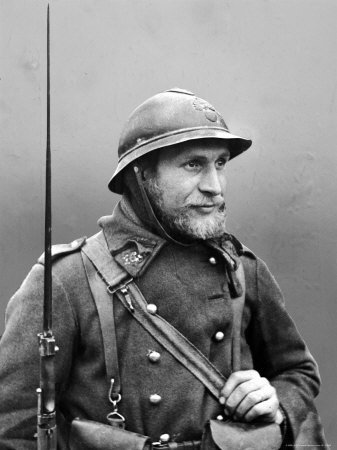 An author of the study, Joost Op ‘t Eynde, a PhD student at Duke University, says "we were surprised to find that the 100-year-old helmets performed just as well as modern ones,”

He and his co-authors hypothesize as to what elements play a role in this: "An interesting result from these experiments is the blast protective effect provided by the French Adrian helmet, which had a lower crown pressure than all other helmets, despite being manufactured using similar materials as the Stahlhelm and Brodie Helmet, with a thinner helmet wall. This result might stem from the deflector crest along the midline of the helmet. Specifically added with overhead shrapnel in mind, this feature of the helmet could deflect the shock wave off to the side of the head, rather than allow shockwave impingement onto a more planar surface seen in the other helmets. The crest also provides an added first layer for shock wave reflection before reflecting a second time off the helmet itself." 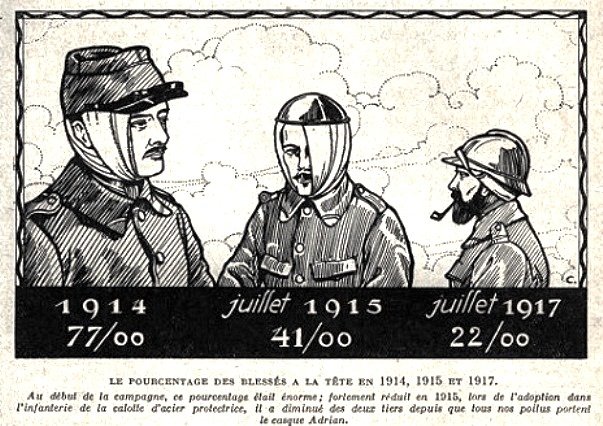 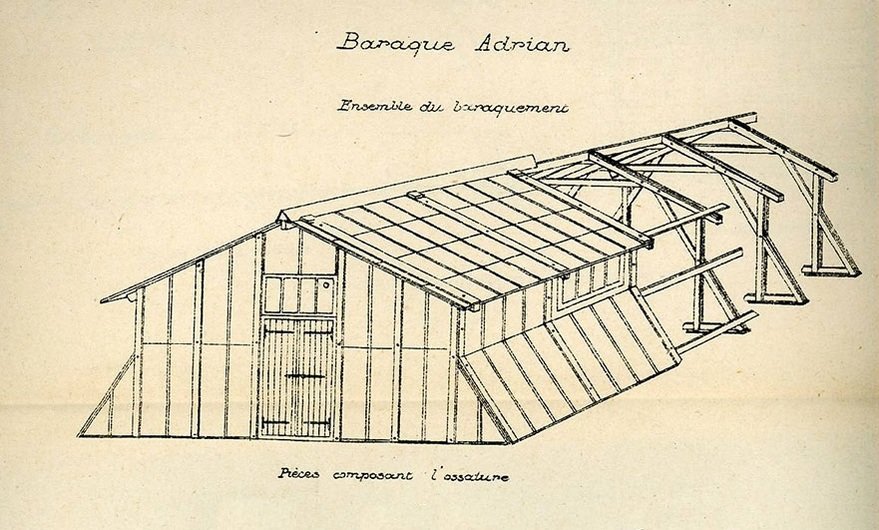 History buffs may not be surprised by these results as apparently the helmet itself was remarkable at the time of its introduction and its namesake, General Louis Auguste Adrian, was quite critical to the French effort in the Great War, handling the design and manufacturing of essential equipment such as infantry packs and barracks. Read more about him and the impact of the helmet at Normandy Then and Now. 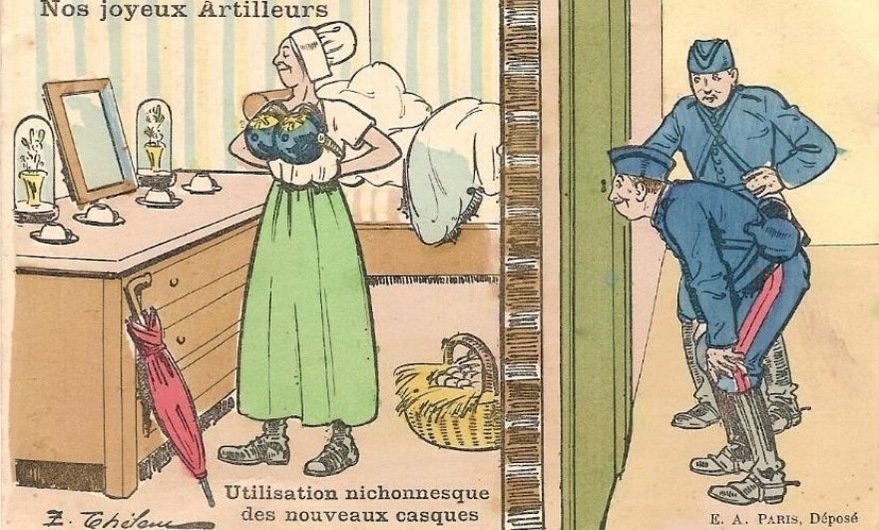 Beating swords into ploughshares - an example of ethical sourcing in fashion. 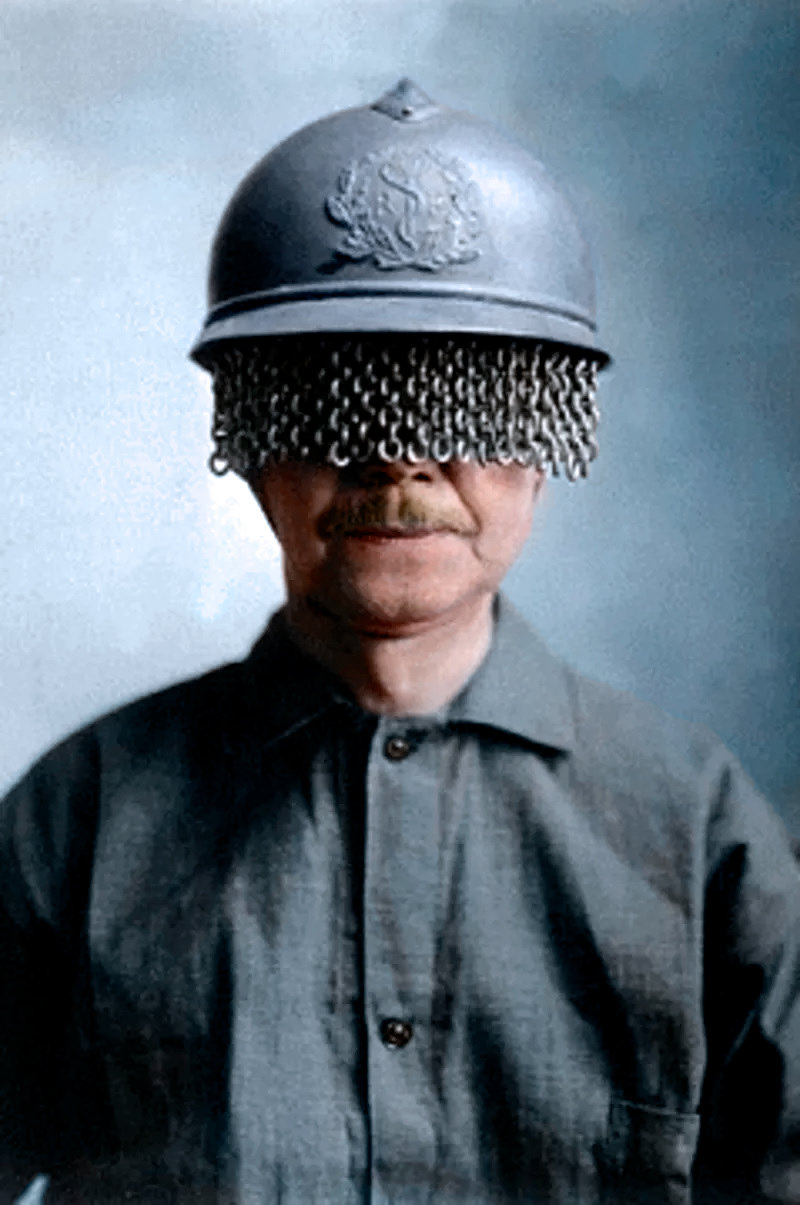 Leave it to the French to keep it fresh in the face of absolute horror. Credit Cassowary Colorizations