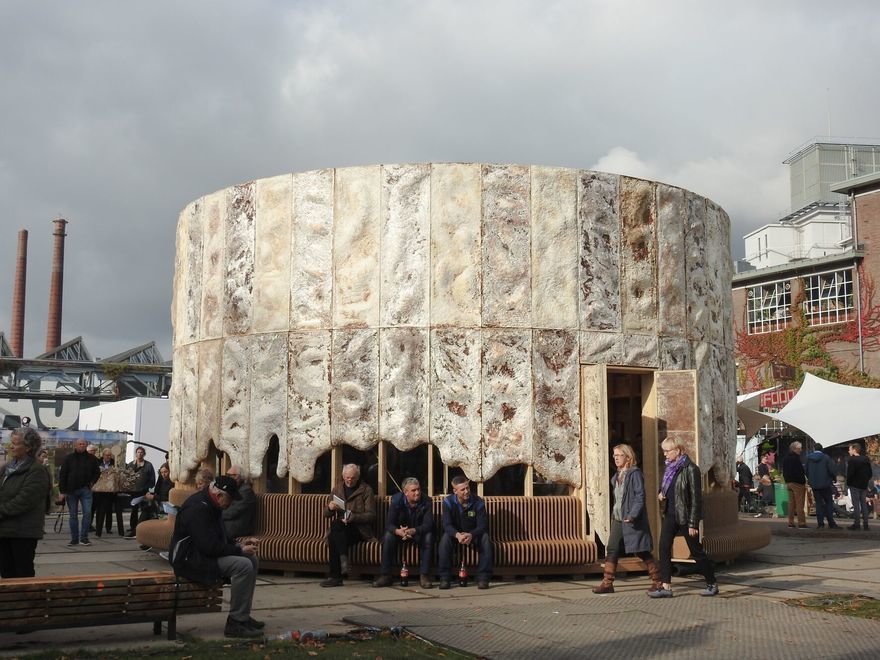 This past November the growing popularity of the fungal building material called mycelium was made manifest by the Growing Pavilion at Dutch Design Week. A collaboration between designer Pascal Leboucq and the bio-fabrication company, Krown Design, the construction was a testament to the power of the industrious organism and other bio-materials. Within the pavilion resided an exhibition of evidence to the ways in which mycelium can be used in design, be it furniture, lights, clothing, or even food, as mushrooms growing there were harvested everyday and sold at a food truck. While the pavilion clearly demonstrated the ingenuity of a number of designers who worked with the material, it also advocated for others to work with mycelium by providing an "atlas" of all the materials and suppliers that helped to realize the structure. 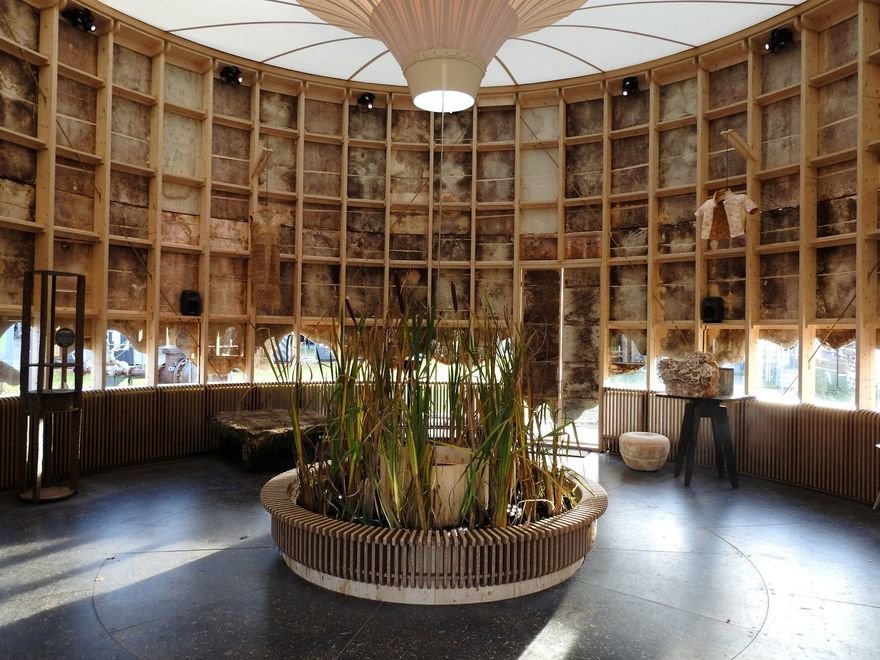 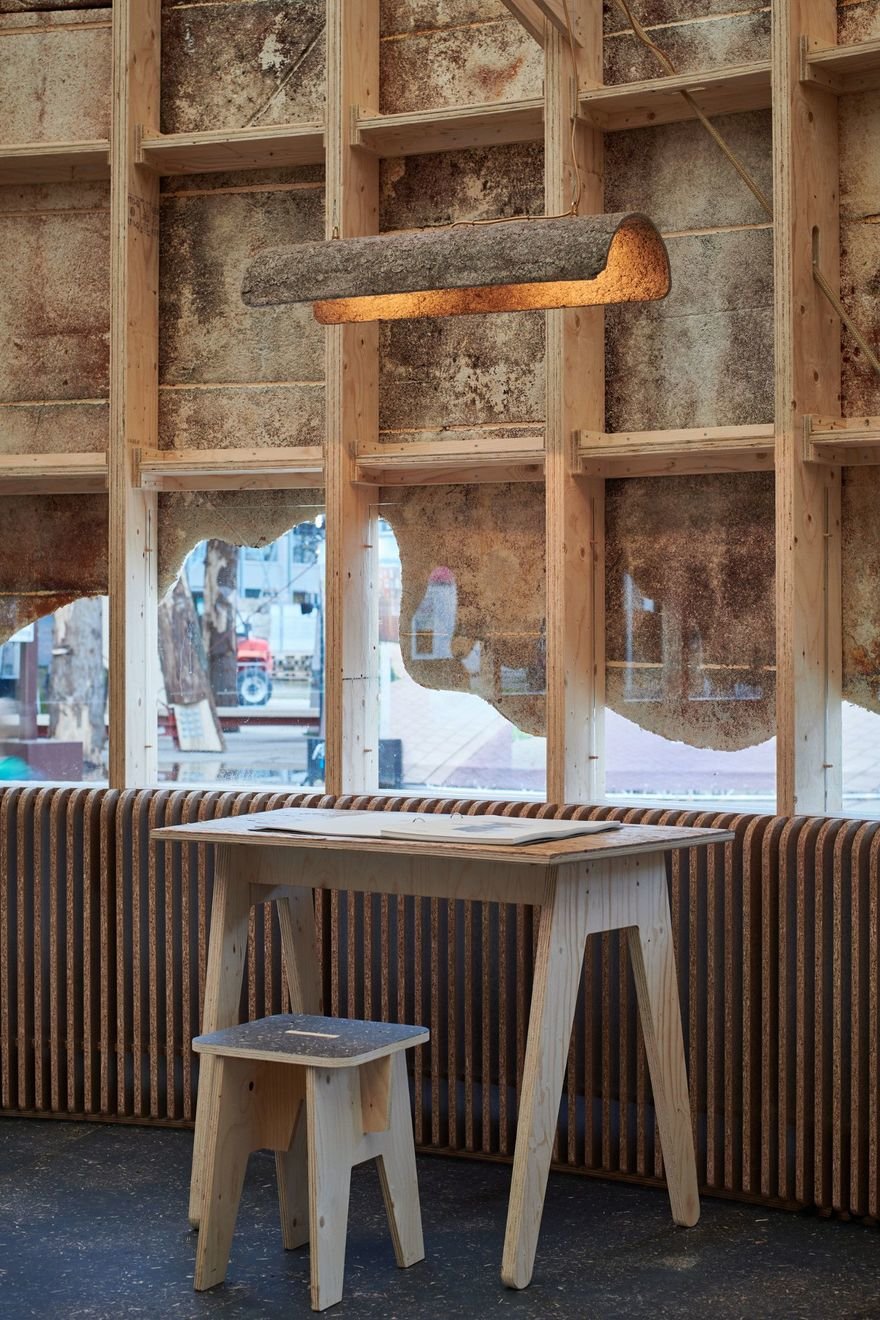 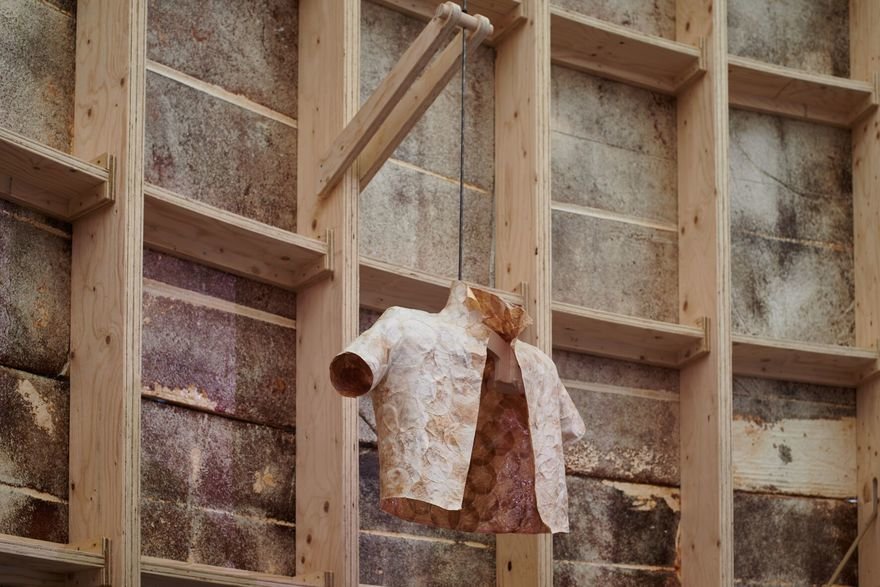 As industrial designers continue to demonstrate the ever evolving possibilities of mycelium, the availability of the friendly fungi is also on the rise. For mycelium to make a significant impact on the material market, and thus move production towards more ecologically sound practices, accessibility is key. What the Growing Pavilion in part tried to prove is that access is opening and that advertising where designers can get it, and how they can use it, is a big part of making that change. "If you want to make a change, you should make the information open source," said Leboucq, as reported by Dezeen. As companies like Ecovative Design and other mycelium suppliers are starting to see growing demand for mycelium, the chances of mycelium becoming a significant material alternative to fossil-fuel plastics is becoming increasingly likely. 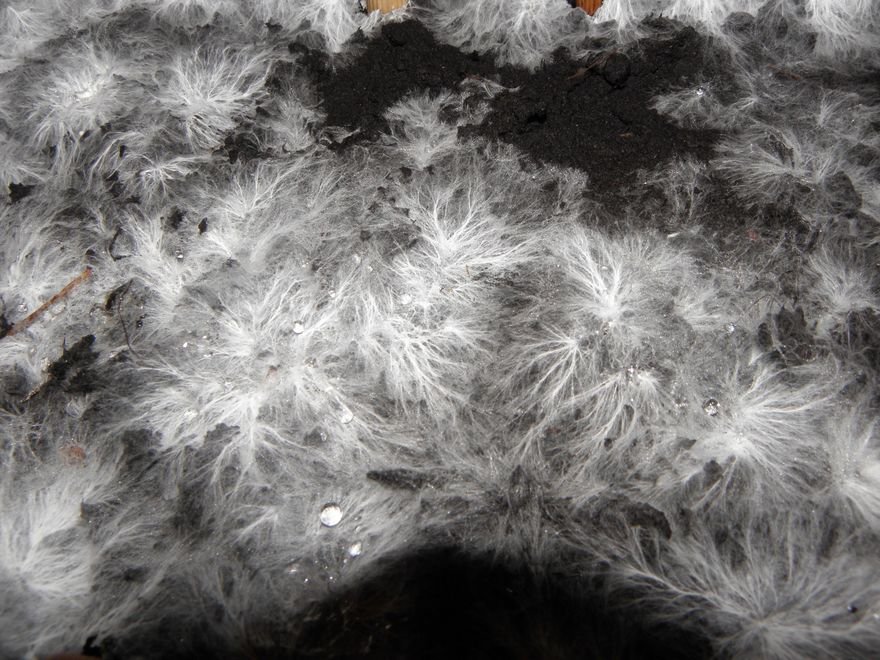 Mycelium is the foundational structure of a fungus that is formed from hyphae (root-like filaments), it can range from being nearly microscopic in size to stretching over thousands of acres. Mycelium uses small amounts of food from what is typically plant waste and uses it to assemble a dense network of microscopic fibers. From mycelium, mushrooms will eventually sprout but that stage of the process can easily be suppressed if one is cultivating mycelium for material use. The complex filaments of the network are incredibly precise and can grow to a mold at room temperature and the way that it grows can be easily manipulated through factors like temperature, CO2 levels, humidity, and airflow. (If you want more details, check out this great 'how to' by Emily Engle.) 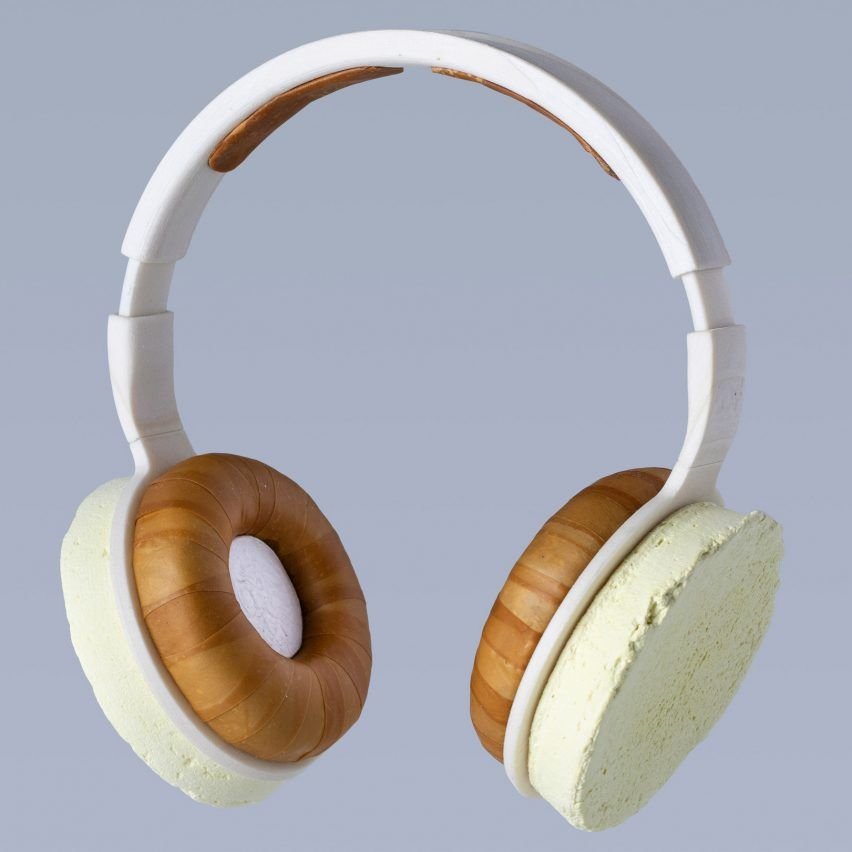 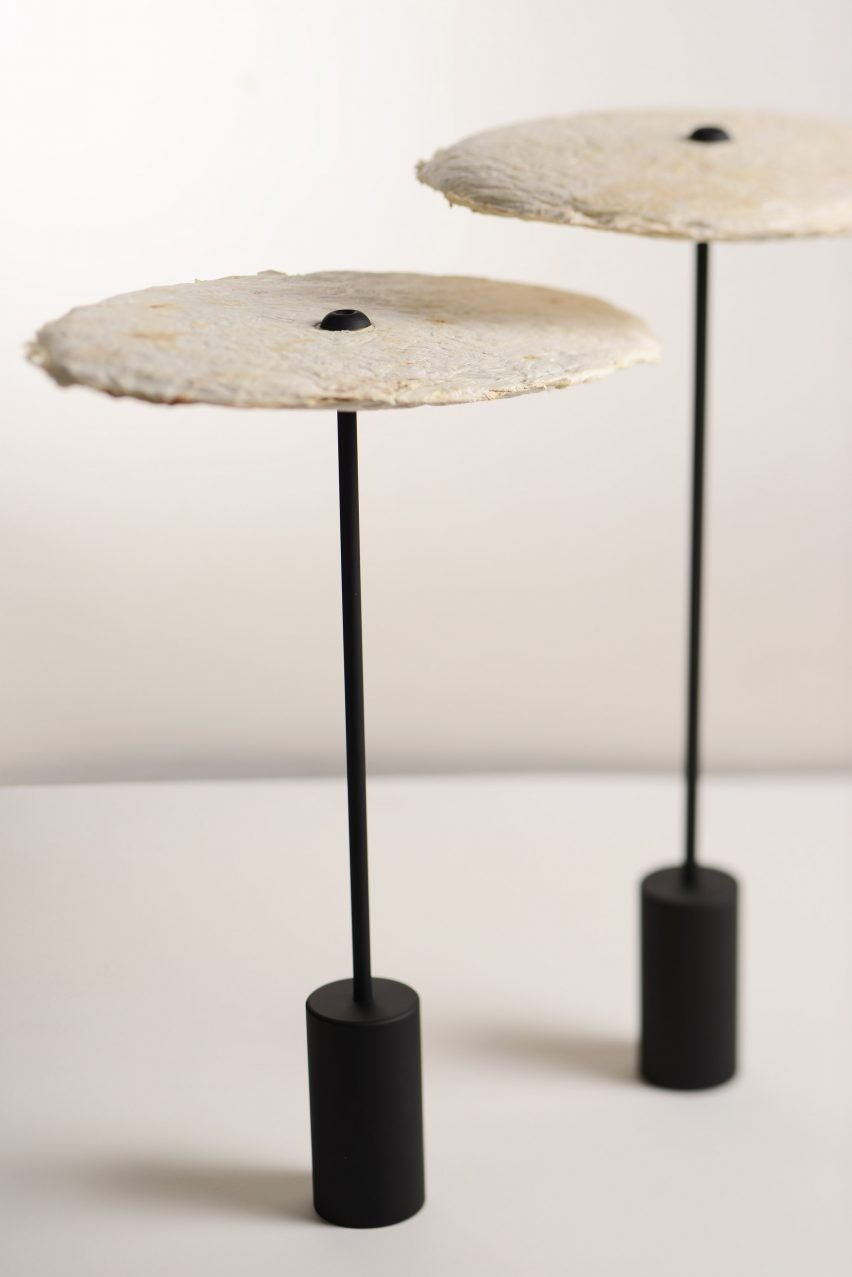 The speed at which is grows, and the ease of use make it an appealing material to designers, but of course it comes with a number of ecological benefits as well. It has a very small carbon footprint, requiring little energy to grow. It also doesn't require much water or food, and can feed on agricultural waste and most of the waste generated by the mycelium is compostable (obviously). 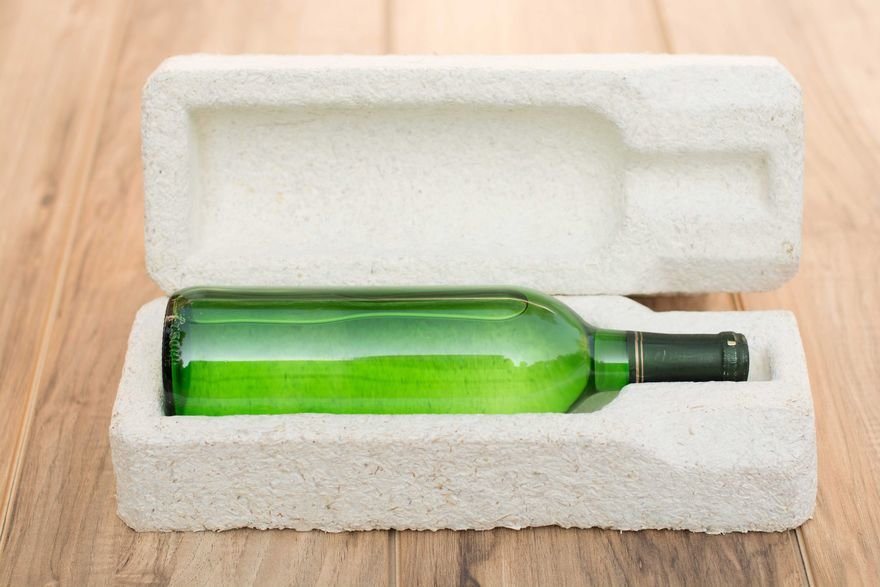 As the potential of the material has revealed itself, so too have suppliers grown. Most notably, Ecovative Design, this year has expanded to a large production facility and has partnered with Paradise Packaging Company to meet increased demand internationally. Making it increasingly possible to source mycelium at scale. The foundry has also licensed their technology out to organizations in Asia, Australia, Africa and Europe (including Krown Design in the Netherlands). 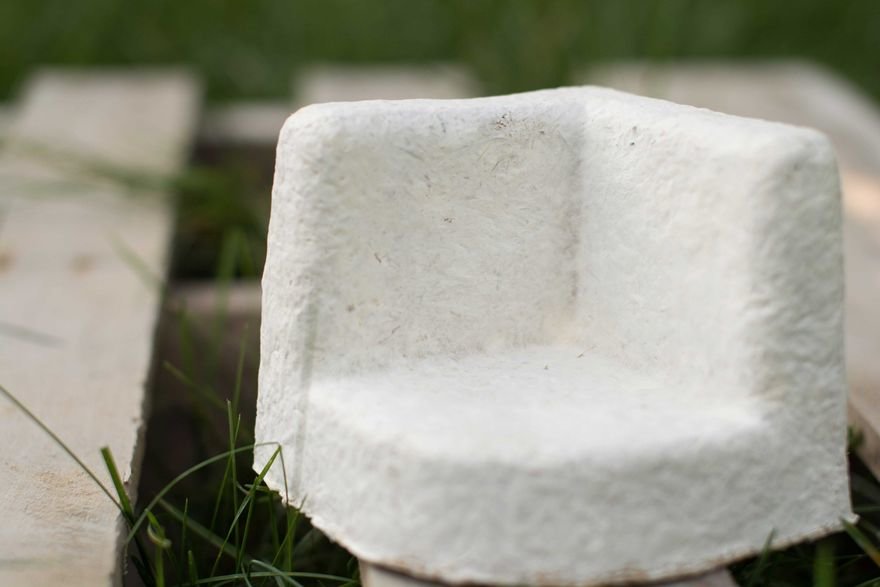 As the Growing Pavilion did, more organizations are starting to open-source the different ways they've been able to implement mycelium into production. For a one-of project, sourcing mycelium is easy enough (use the internet) but for designers looking to sell their products at scale, finding a sound supply of mycelium has long been a challenge. With the growth of material suppliers, and with increased attention given to open-sourcing mycelium industrial practices, selling mycelium-based design products has never been easier.