Last night, fortified by a YouTube instructional video, a Torx-6 screwdriver and a fifth of Glenrothes, we took apart our Macbook Pro and ripped out the measly 80 GB hard drive. An hour later we'd successfully installed a 200 GB that spins up at 7,200 rpm and it was like having a new, faster machine!

We felt pretty good about ourselves--until we saw Richard Hunt's Mac hack. After the screen crapped out on his Powerbook, he couldn't bring himself to throw it away, so he turned it into a desktop machine using acrylic plastic from a shower, perforated steel and some chrome pipe. 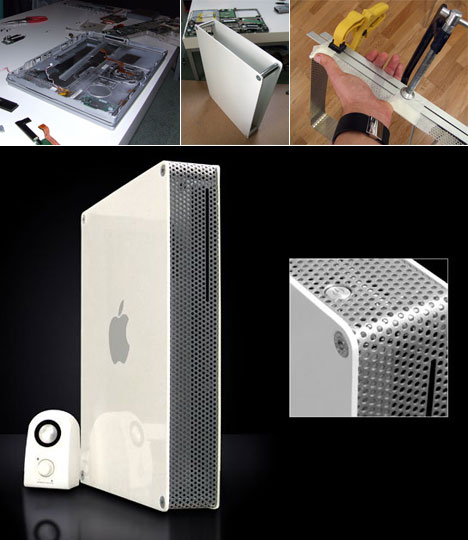 It's like making an inverted-bucket sandcastle, then turning to see the guy next to you has built the Taj Mahal.