How to design a world without waste

Last weekend I dug some fence hole posts for a new garden bed--and the amount of garbage I found, about one to two feet down in the soil, was disturbing. A bicycle tire, an old bed sheet or dress, a doorknob, a rusty car part, shredded plastic film crumbling into flakes. This rural property has been inhabited for decades and centuries, and it seems previous residents left many items to rot in the yard.

I thought of this as I came across a garbage-rethinking project by Canadian architect Andrea Ling, who was awarded a 2020 STARTS (Science, Technology, Arts) Prize.

Design by Decay, Decay by Design is a series of artifacts that exhibit designed decay. They were done for the 2019 Ginkgo Bioworks Creative Residency on how to design a world without waste. As an architect and artist, I recognize that most of what I create goes to landfill. If that is the case, let me design waste that I can live with, garbage that retains some desirability as it degrades in sight and on site. Let me design waste as nature designs it, not only as the product of breakdown and destruction but also as input for renewal and construction. In biology, one system's entropy is another system's organization. With the assistance of Ginkgo, my goal was to organize decay, using enzymes, fungus, bacteria, and other biological agents as ways of decomposing and composing biological matter at the same time. By mediating decay through species selection, control of environmental conditions, and nutrient templating, I am actively pursuing mutability as a desired quality in the physical world as well as guarantee that the mechanisms of constructive renewal will be embedded into that world. 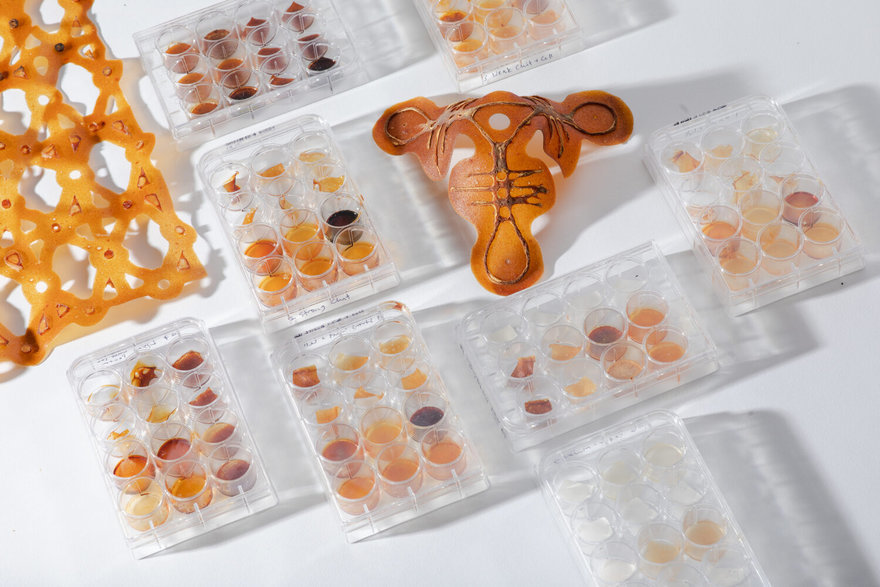 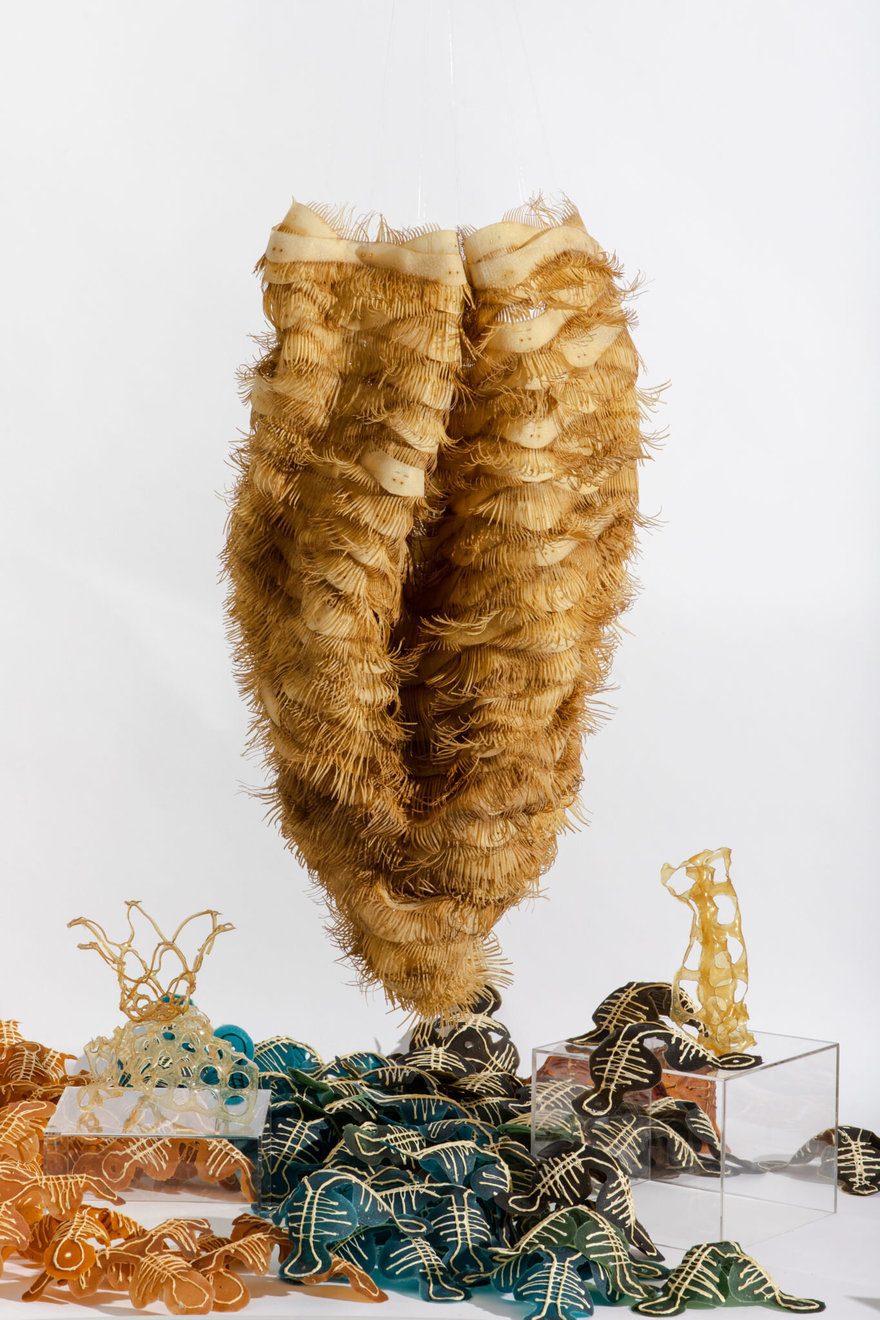 My base material system included biocomposites of chitin, cellulose, and pectin, derived from the exoskeletons of shrimp, tree pulp waste, and fruit skins. These materials can be combined in different ratios to form different bioplastics with a wide range of mechanical and physical characteristics and are environmentally responsive and easily degradable. The work was organized into 3 projects, done in Gingko's wetlabs with its scientists:

1. Using enzymes derived from fungus and human saliva and integrating them into biocomposites with spatial and temporal control to transform the material rather than only destroy it. This was degradation as a fabrication process.

2. Using different strains of Streptomyces bacteria to colonize cellulose and different bioplastics in order to transform them. Streptomyces are common soil bacteria and secondary decomposers that produce vibrant pigments and geosmin, the compound responsible for soil smell.

3. Using different types of fungi, Aspergillus niger (black mold) and Trichoderma viride (green mold) in co-cultures to transform and selectively degrade different materials. Mold is a much more powerful and resilient decay agent and would rapidly colonize any substrate we provided. 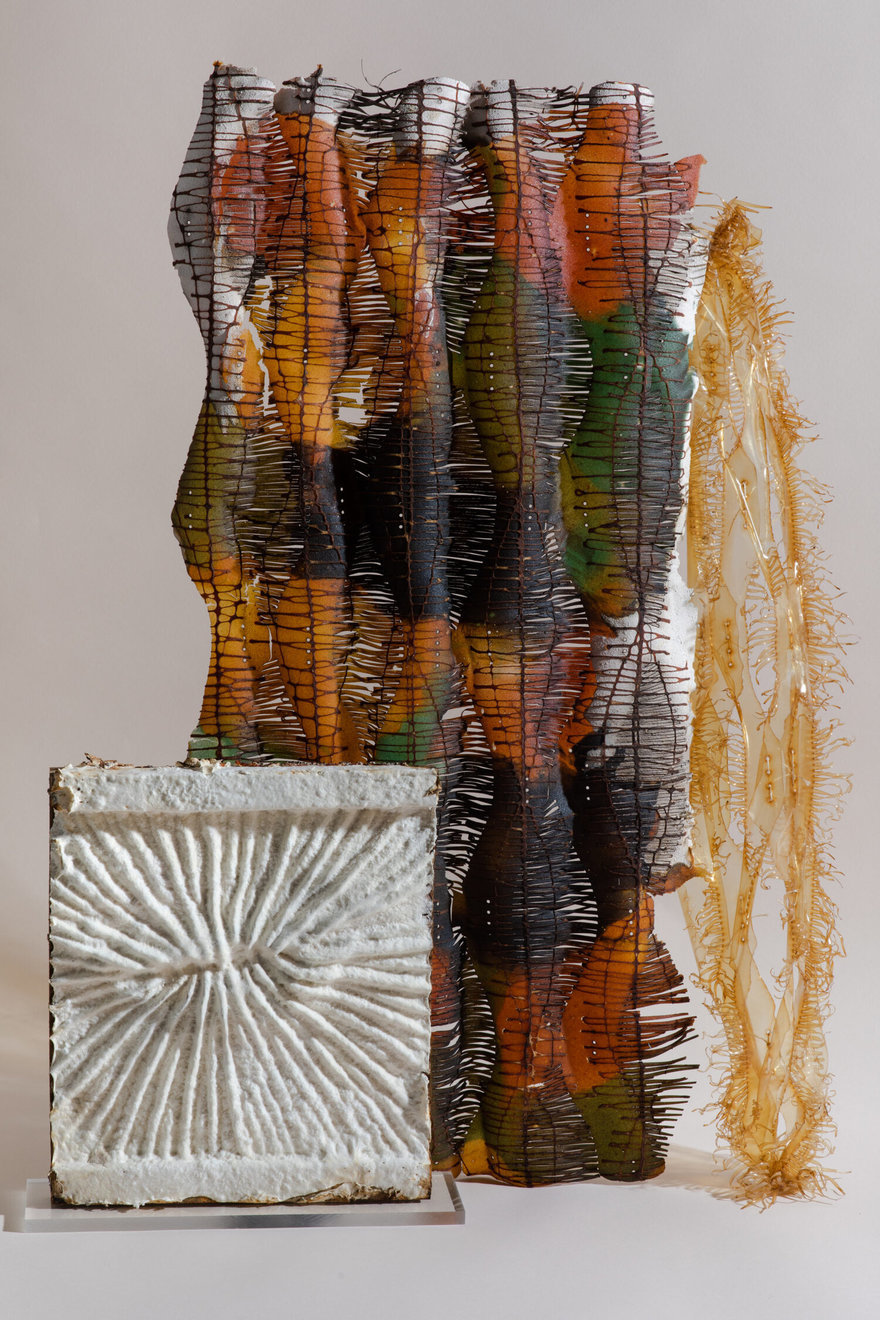 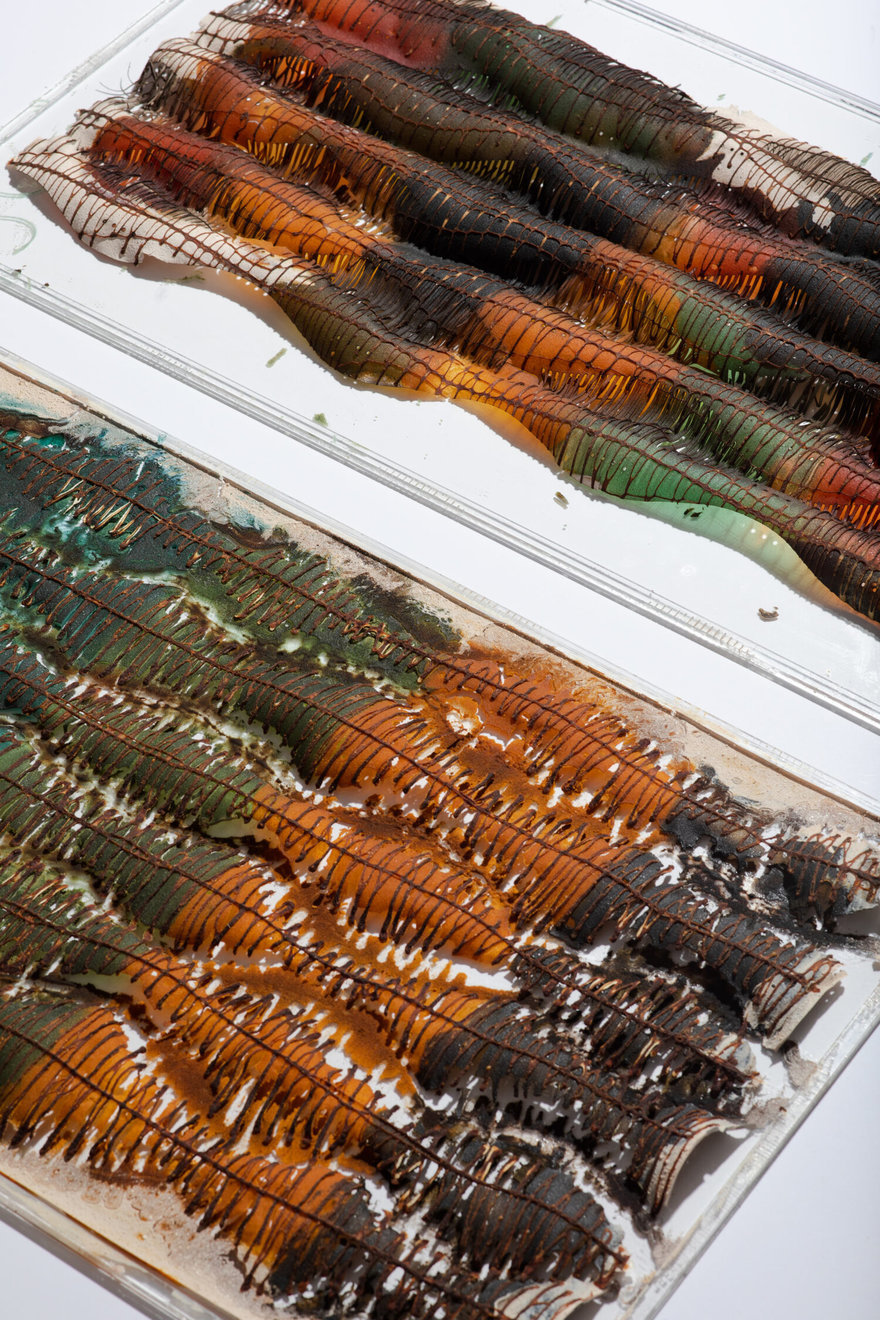 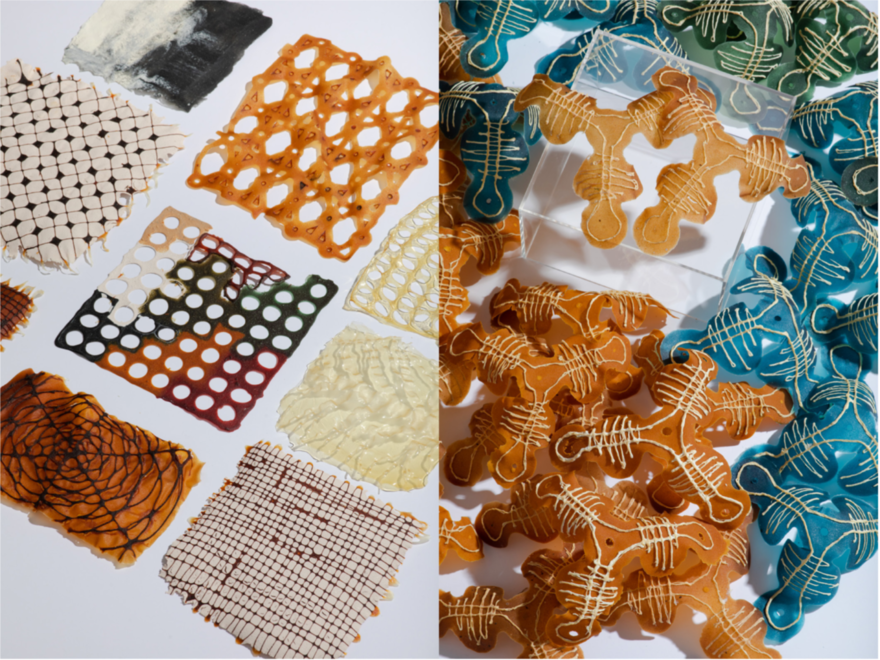 The challenge of working with biological materials and agents is that they are environmentally responsive and have agency, and the resulting artifacts are not always predictable or standardized. Contamination was common, as was loss of viability. As a classically trained architect, I am used to having precise control over my output, and the struggle in a design practice such as this is to learn how to accept the embedded tensions where material and biological agency sometimes work in contradiction to what I have planned or what I am comfortable with. It is a struggle for industry to accept this inconvenience as well. However, if we accept this inconvenience, using decay to facilitate renewal offers extraordinary advantages, such as access to circular systems and the ability to grow, adapt, and reproduce out of literal rotting, providing a resilience not found in industrial systems. 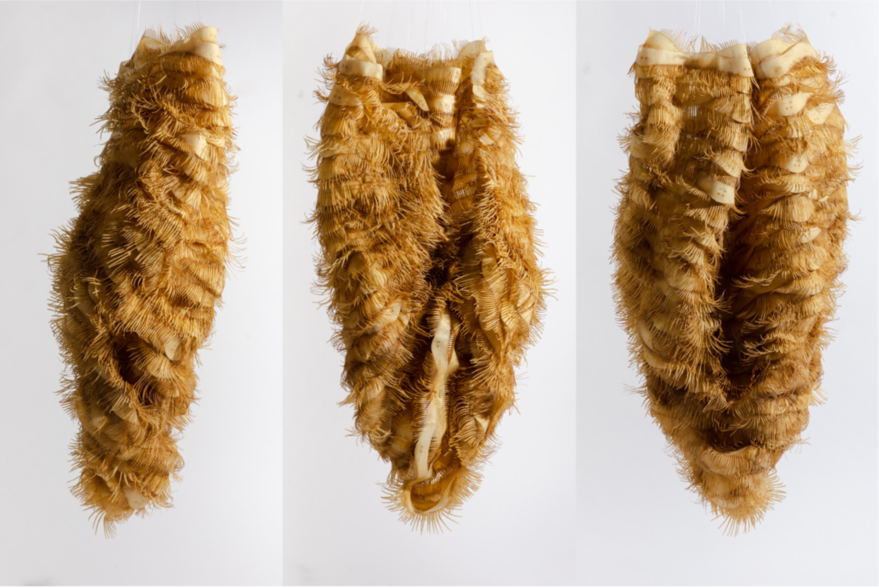 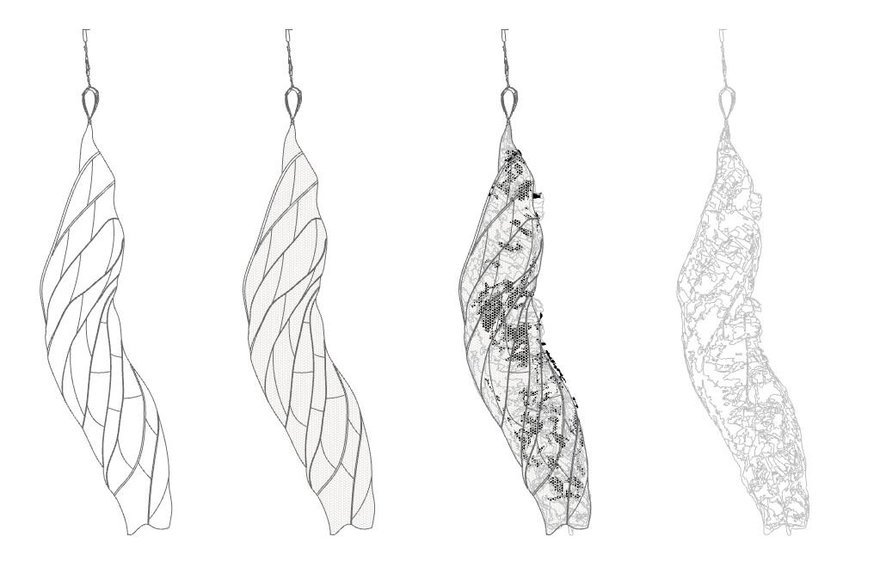 Given our state of climate crisis, we can no longer design primarily for human and economic convenience; our survival depends on changing our priorities and expectations for the material world. My goal in using these material systems and these biological agents is not to create a low carbon footprint project or upcycle waste into new products. Rather it's to support a different mode of design, one where the process of making and breaking is provisional and not only consumptive. Design by Decay, Decay by Design seeks to redistribute value away from permanent materials that destroy ecosystems onto transient ones that restore them, finding epistemological as well as practical value in designing responsivity, degradation, and renewal into man-made objects.