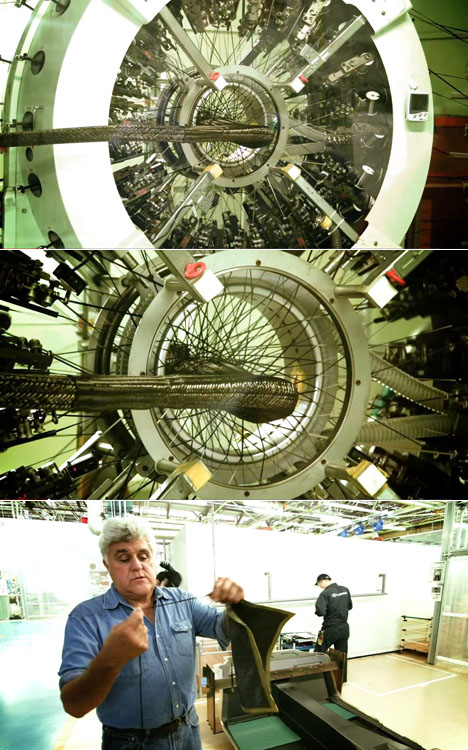 Whether or not the coming decades bring the decline of car companies, that industry's contribution to manufacturing, and the trickle-down effect it can have on other industries, is incalculable. We've seen bicycle companies make exciting products using carbon fiber, but it takes a company like Toyota to make that crazy 360-degree carbon fiber loom they've got.

In a special overseas episode of Jay Leno's Garage, the talk show host and avowed car nut travels to Japan, where Lexus gives him an up-close look at the CF loom and their entire production facility. (Leno drops an anecdote we weren't aware of: Toyota actually started out as a textiles company, so in a way the loom has brought them 360.)

The first half of the vid shows workers bolting up the Lexus LFA—which they're not allowed to touch with their bare hands—while the second half has Jay whipping a one-off LFA Spyder around the track at up to 186 miles per hour. (Industrial-design-minded Millenials of the variety so frequently cited in the last series will presumably be more interested in the first half.)