Off the Clock: 'Lithe' by Studio Ve 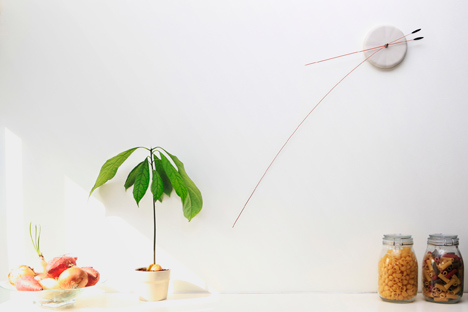 We've seen several projects from Tel Aviv's Studio Ve before, following up their "Manifold" clock with another horological Kickstarter project. Founders Shay Carmon and Ben Klinger—Shay ve Ben for short ("ve" means "and" in Hebrew)—are pleased to present "Lithe," a purportedly superlative clock: "We've designed a new wall mounted clock with the longest and thinnest hands (at least that we know of...)."The hands of the Lithe Clock are long, longer than your arm, yet thin and subtle. The flexion of the steel gives the still hands a surprising vibrancy. Placed on a delicate ceramic base they bring out the elegant appearance of time... Its long hands give it a smooth and soft flow, resembling a dance—they rise and wilt, turn and bend.

The idea of the clock came when we were dealing with raw material—music wire, used for pianos. The steel wire, although still, performed a surprisingly animated behavior. We just had to take it and give the clock a life of its own; it obeys the laws of physics—not rigorously, but rather in a special, vivid way.

The Lithe clock is currently available for pre-sale on Kickstarter, where they're currently seeking a grand total of $15,000 in the next two months or so. The antenna-like arms are available in grass green, deep orange or 24K gold, as well as custom colors, and customers will also offer a choice of glaze for the body. 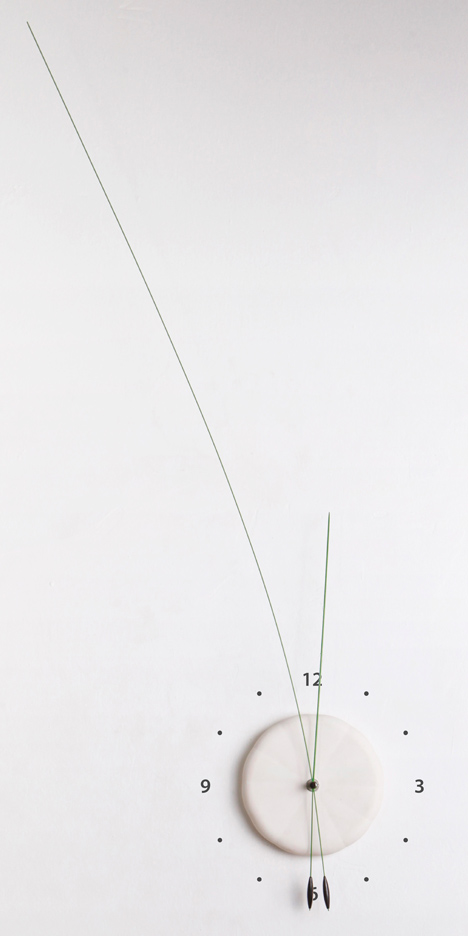 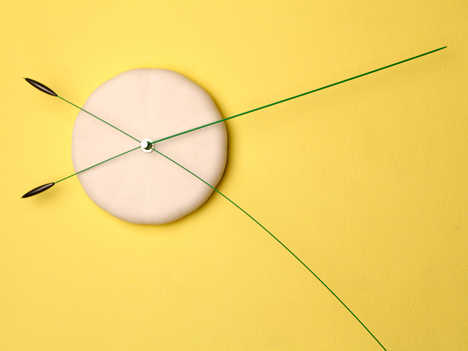 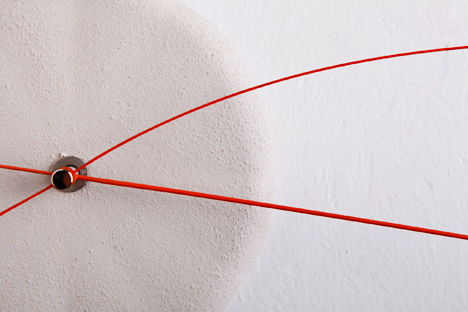 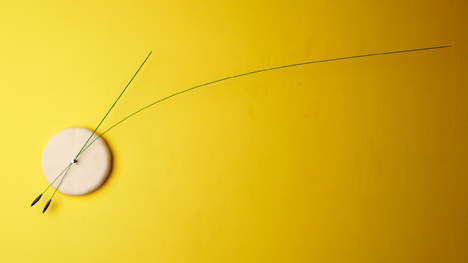 The ceramic body of the clock is a nice upgrade from the injection molded base of the Manifold Clock, but given the unbounded concept behind the Lithe clock, I'd like to see a 'faceless' version of the clock, in which a minimal, propeller-like base is attached directly to the wall... 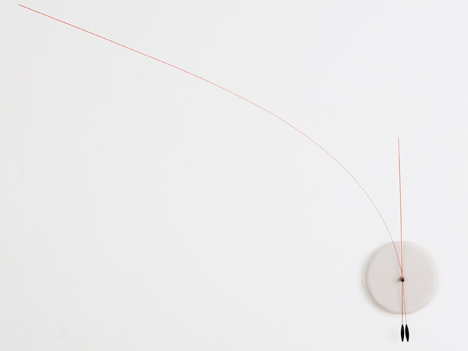