Core77 is very pleased to present an exclusive look at an IDEO creative ideation exercise, "Brand New IDEO," centered on a 24-hour global Make-a-Thon that will take place next Monday in their 11 offices around the world, starting in Tokyo and ending at their San Francisco headquarters. In anticipation of this unique event, IDEO offers a bit of background on the history of their brand identity and how the project came about. Be sure to tune in on Monday, March 25, when Core77 will host an (almost) live blog of the process as it unfolds.

When Paul Rand designed the IDEO logo in 1991, he didn't anticipate the complex challenges IDEO designers would take on 20 years later. Who could have? It's crazy how many changes the world has undergone during the past two decades—34 new countries, tablet computing, Netflix, the Euro, and the Prius, just to name a few.

Like the world around us, IDEO has evolved too. Where we were once a handful of specialties, today we are dozens. Doctors, biologists, filmmakers, and storytellers rub elbows with industrial designers and engineers—all in the service of creating positive impact through design. And why not? If you listen to futurists, the next 20 years will be a combination of Mad Max and Xanadu. Ferns will become hard drives. Space tourism will be a thing. Thousands of new cities will emerge. We need all the bright, creative minds we can get! 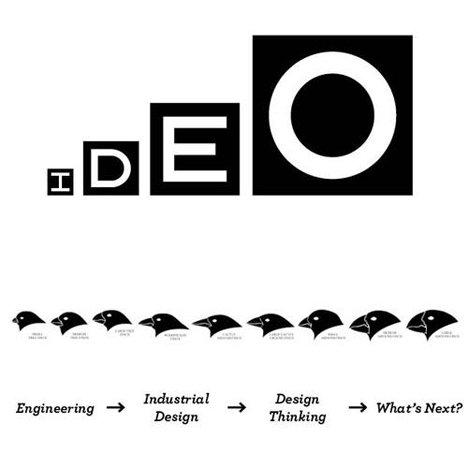 Given these heady challenges, how might we evolve our identity to become even more dynamic in a complex and diverse world? To answer this question for ourselves, we've designed a maker experiment that explores extremes and helps us create a brief for the future. We call it "Brand New IDEO."

Years ago, we needed Paul Rand to design our own brand identity. Today, with communications designers and brand experts in every IDEO studio, we're looking inward to evolve our identity—and we're doing it in public.

Brand New IDEO is a "maker experiment" for everyone inside IDEO's four walls. For many of our designers it means rolling up their sleeves and making something new. For other IDEOers, it means sharing inspiration that explores one of six themes.

Talisman - A memento of the future; a totem capturing our spirit; a talisman bringing fortune to those who encounter it... Let's create objects that represent who we are and who we will become.

Powers of 10 - Cellular to spectacular; micro to macro; neutrons, neurons and nebulas... Let's create an identity system that is too large to comprehend, too small to see and every step in between.

Code Junkies - Born in the digital world, forever a resident; viral, logical, & combinatorial; obedient to math- made laws... Let's create an identity that originates from binaries and algorithms.

Alternate History - China 1991,* the birthplace of IDEO... Let's create an identity that is unique to its origin, celebrating culture, materiality, craftsmanship and industry. *and/or Munich, Tokyo 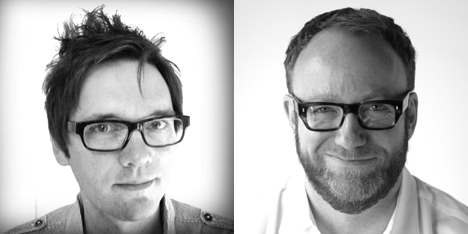 Recently, IDEO's Chief Creative Officer, Paul Bennett, sat down with IDEO Boston Creative Director Michael Hendrix for a chat about the experiment. Below is an excerpt of their conversation.Michael Hendrix: We started talking about this last fall, in multiple discussions between multiple people, and by December we'd developed a plan to take action.

We've talked about this internally, about being evolutionary not revolutionary. We have great bones, as an architect would say. We have no intent of getting cutesy and clever with the logo, or becoming more cool or corporate. Actually what I think what we're interested in is being more sophisticated and more meaningful, and I think we'll be on that path through the evolution of where we are.

When IDEO's logo was designed by Paul Rand, it had its moment, and then we revised it again in the late 90s with Pentagram. I think now we're in a place where we're evolving it again. If you look at their changes they weren't massively radical, they were just a little more clever and more refined and we're thinking we'll go in that direction.

Paul Bennett: From my point of view, seeing the inspiration pouring in from all over the place [on the Six Themes Tumblr] has made me sort of reconfirm my vows to our original logo in a powerful way more than ever before. Everything else feels incredibly sort of shallow and groovy and not particularly inspiring. So I think the idea of evolving the language and the world around it, and keeping a sort of anchor in the middle, feels right, actually. Just the idea of building on top of who we are rather than reinventing who we are, I think that's important.

PB: Yeah, I've just come back from SXSW and being horrified by the old guy in skinny jeans factor, which is sort of people trying so hard to be of now or of the future, I don't think that's who we are. I think there's a certain classicism to who we are that we don't want to lose and a sort of modern fluidity around that that we want to build on top, but I don't think we want to be sort of 'dad-in-cargo-pants.' That whole brand and that whole vibe feels very transient to me right now.

MH: I agree—we're not a community of people who are looking for the trends; [rather,] we're always looking for the latent needs, the needs don't change that often. The current technology can reflect those needs, but as far as our motivation and what keeps us on the edge, it's actually about trying to discover what people need, and what businesses need, what organizations need. 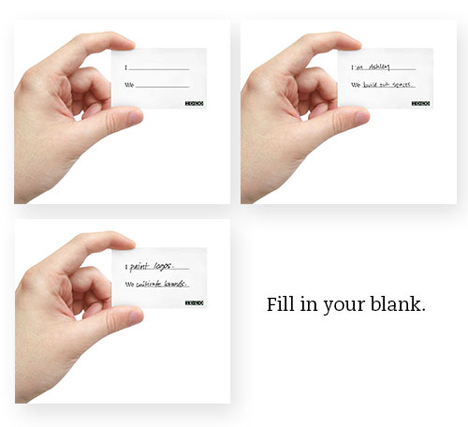 So why not call on Pentagram this time around? For starters, visual communication is now well within the capabilities of IDEO: Paul related that "I was one of the first official communications designers [when I joined IDEO] 11 years ago—now there about 45 of us... Now it's cost of entry for a design firm to have a communications team, [and this project reflects] that we have sufficient confidence in our community."

Michael agreed, noting that IDEO has developed a full-fledged communication teams as clients have increasingly asked for these services over the years:We talked a lot about whether can IDEO do this... Obviously, we do this for our clients, so we can do it for ourselves. But can we be mature enough internally to make those decisions, to distance ourselves enough from this to be able to make good decisions? I think at some point we all resolved "yes we can," but that's actually the scariest part. It's not a question of our design skills or our capabilities, it's really can we give ourselves enough perspective to make some good decisions and build something that will hold up for the next 20 years.

The current identity system exists in a resting state, then it encounters new things—we're exploring how it reacts to these stimuli. Does it fold in on itself? Scale up? Magnify? What does it do? Complexity increases as time goes on, so we're interested in applying external stimuli to this 'resting state' logo.

The six themes eventually emerged as areas of interest, based largely on new or potential business opportunities for the next two decades:MH: The themes came about because they gave us some buckets to create some constraints for our thinking. One thing we tried to do is be inclusive. If you look at people within IDEO, they have special skills. So, industrial designers. There's a theme called Talisman, we wanted industrial designers and product designers to be able to participate in designing our identity. There's one called Writers Block, that's no graphics, just words. Then there are themes that are more edge, like synthetic biology, what's emerging at IDEO. 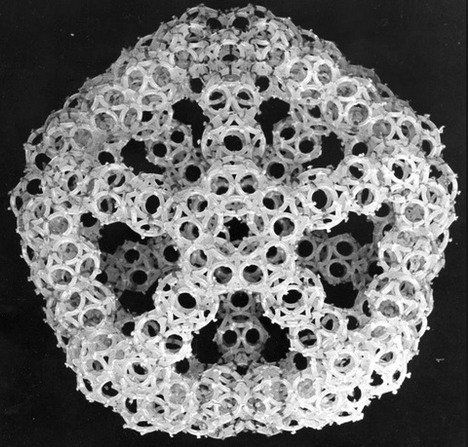 PB: It's an intuitive stab at where we think we're going as a set of disciplines, but also just looking at our work broadly. Powers of 10 came very specifically from our healthcare work, where we are literally at this point operating at the cellular at one end and the cosmic at the other, from nanobiology all the way through to spirituality. How the hell do you express that? It's quite inspiring, and you don't just stick a logo in the corner of a presentation when you're talking about the act of dignified dying, for example.

The logo and the way we communicate ourselves deserves more when it's in that context, I think. We're not frightened of being esoteric, or of addressing things that feel somewhat outside our current business, but we're trying to anchor it in our everyday business as well. But we definitely want to push ourselves. As you said, we started by looking at disciplines, but we also started by looking at hopes and dreams for what we'd love to be doing in the future. One of them has always been around this idea of scale, that we can encompass massive and tiny in equal quantities. I think also we wanted something that was going to make people think, how might we communicate without a logo, and just use words? Or back to Hei and this calligraphic logo, something like revisionist history, let's just imagine if IDEO have never existed anywhere and was just suddenly popping up in China—what would you do?

The Make-a-Thon is about making stuff tangible, moving away from abstraction—our roots are in tangibility. After all, we started with product design 25 years ago...

MH: We use the phrase "build to think" a lot at IDEO as a way of approaching a problem, of working your way forward. Prototyping often, failing often.If you're familiar with what we do at OpenIDEO, the Six Themes Tumblr has been the Inspiration Stage, and the Make-a-Thon will be the Concept Stage. 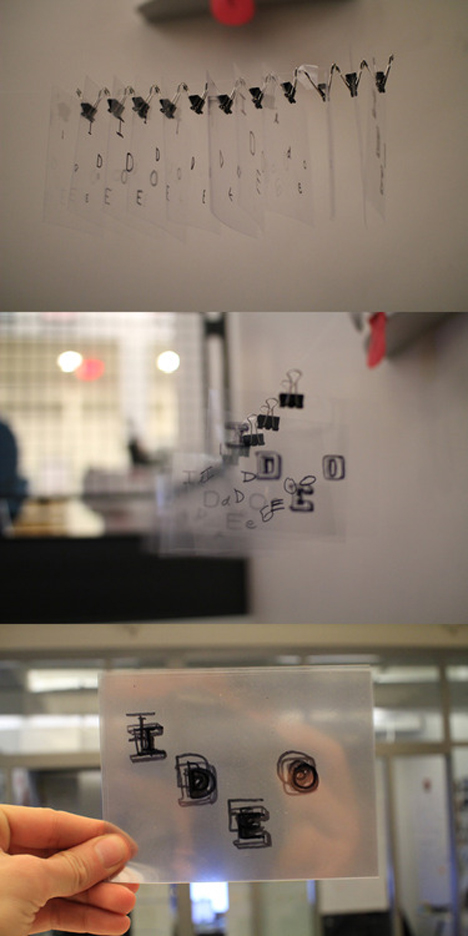 As for the ultimate outcome of the Make-a-Thon? In keeping with their "build to think" approach, Michael returns to the metaphor of a journey. "We haven't set up a hypothesis that says we'll have 'x' by a certain date," but they will synthesize the findings across all six themes and ten offices in order to determine next steps. For now, IDEO is simply inviting us to follow along with the journey.

MH: I hope what people walk way with is well, first a look into the inner workings of IDEO and how we think about ourselves and how we go about the process of designing something for ourselves. I think there's a mythology around designers and how designers come up with things that needs to be demystified. That's one thing. And I hope that people have a better sense of who we are personally. For better or for worse, because IDEO is more broadly adopted in case studies and business schools around the world, sometimes we come across as more corporate and more monolithic than we actually are. The personalities within IDEO are more apparent, and that we end up designing a system that allows individuals within IDEO to express that. 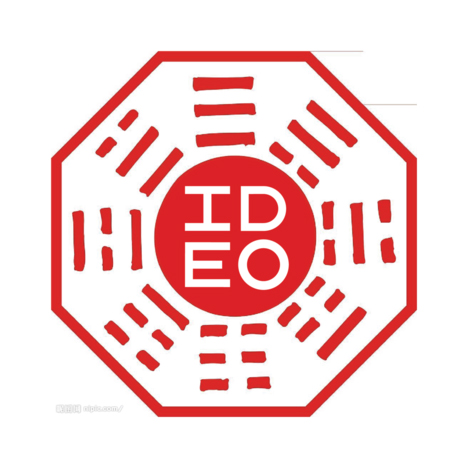 Check out the Six Themes inspiration boards and tune in to Core77.com on Monday, March 26, to follow along with the journey...