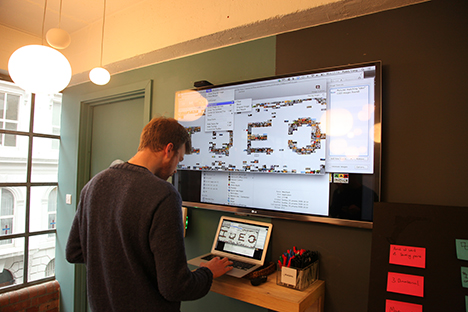 On Monday, IDEO London picked up the Global Make-a-Thon baton at about 10:20am after our MMM (Monday-morning-meeting). About 15 people gathered around the kitchen table and then split into 4 smaller teams. The first concept hit the #BrandNewIDEO hashtag shortly after that.

Four of the bigger themes/ideas that emerged from London:

1.) Growth: At IDEO, corporate identity is sometimes just a mask—it's the interactions we have with our people and organizations over time that really define us. Our concept reflects this simple fact: that IDEO grows on you. The existing identity is merely a frame—like a fence for ivy, or scaffolding for a building—and the identity/relationship grows from that. There are so many metaphors to mine for this, but in the GIFs we have plants growing up inside the frame of the logo, and iron filings collecting around magnets." 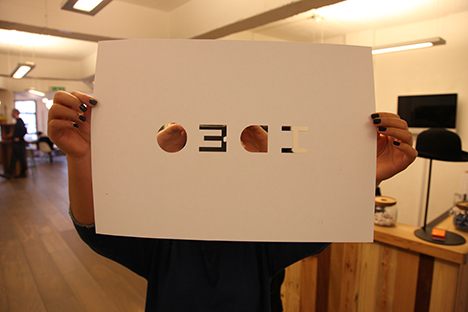 2.) Context: Another theme we explored is the idea of context and the relationship to things around you. Designers at IDEO are all about context and using the world around them as inspiration. Yuni Lee and Lawrence Abrahamson created different iterations of our identity, including options where you can see through the identity and where the content of the identity is created from the context around it.

3.) Focus: Jeremy Innes-Hopkins, Chris Grantham and Jack Haslehurst explored "focus" as an area. The first prototype they created was poetic: 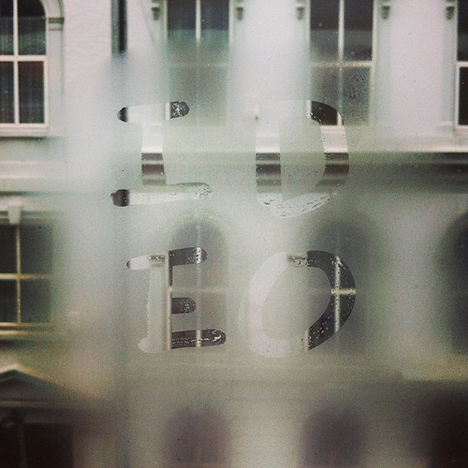 Lots of our clients come to us looking for focus and direction. IDEO is the lens through which solutions become clear. These logo treatments could be used on our website and appear as you hover over them. 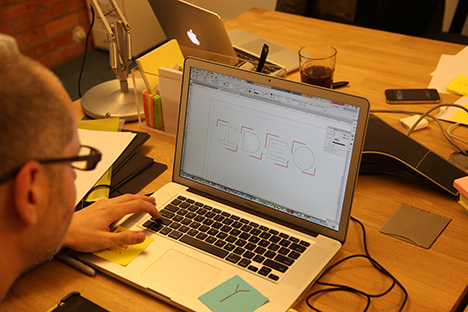 4.) Living Grid: Matt Cooper-Wright, Suzy Stone and Bobbie Brightman embraced the ever-changing nature of IDEO and the work we do: "To impose an identity on IDEO is a risky thing. We embrace diversity and difference; we speak different language and find interest in different things. We also feel incredibly lucky to work here, of our heritage and the logo on the door. Rather than changing the Paul Rand logo, or the Pentagram system (so many companies would kill to have that kind of pedigree) we started to explore extra tools we could add to the identity, more ways to express ourselves. What we want is a richer visual vocabulary to express our unique skills, our diversity, and ourselves." We mocked up a digital prototype that pulls images from different sources to create a constantly changing and evolving identity for IDEO.

Check out London's concepts on our Six Themes Tumblr site.