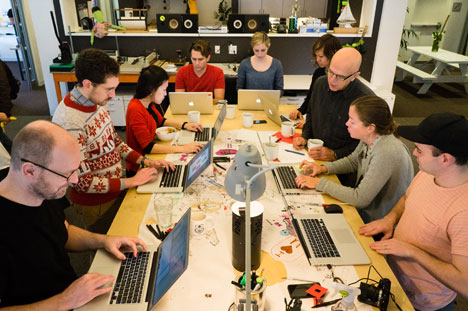 On Monday at 7 a.m., the Global Make-a-Thon baton passed to IDEO Boston. The making commenced with materials ranging from sharpies to cornstarch, dye to wood, and pencils to laptops.

Rolling with the idea of creating intent over presence, we decided to create an experiment that we've been running simultaneously with two current clients. One client operates in the music industry; the other is focused on quantified self and is responsible for a mind monitoring device which is worn as a headband. 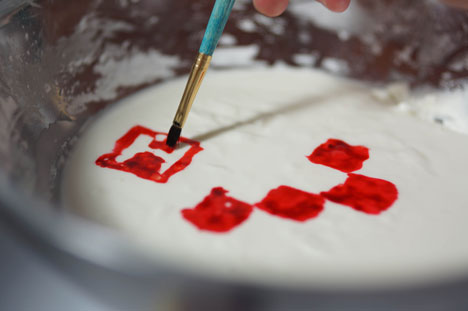 We mixed up a batch of non-Newtonian fluid (cornstarch and water) and laid it on a plastic sheet over a speaker. We then used the mind monitoring software to create sound based on our level of focus. The video explains it best.

The thinking behind the idea was to take the inherent structural nature of the existing IDEO logo, and dematerialize it into something more organic. The experiment became a physical metaphor of intent over presence and an illustration of how, when we combine learning resources from two completely different projects, we can create new and interesting solutions. 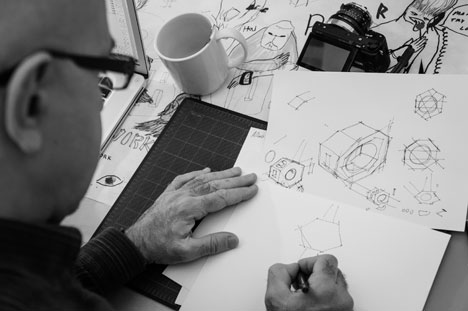 Fran Barros deconstructed the letters that make up the IDEO logo into the unique symbols that represent each one. Meanwhile, JosÃ© explored how light would interact with those symbols in a three dimensional space.

Check out Boston's concepts on our Six Themes Tumblr site.