Work with reclaimed materials, or demand better bioplastics for the future of sustainable material 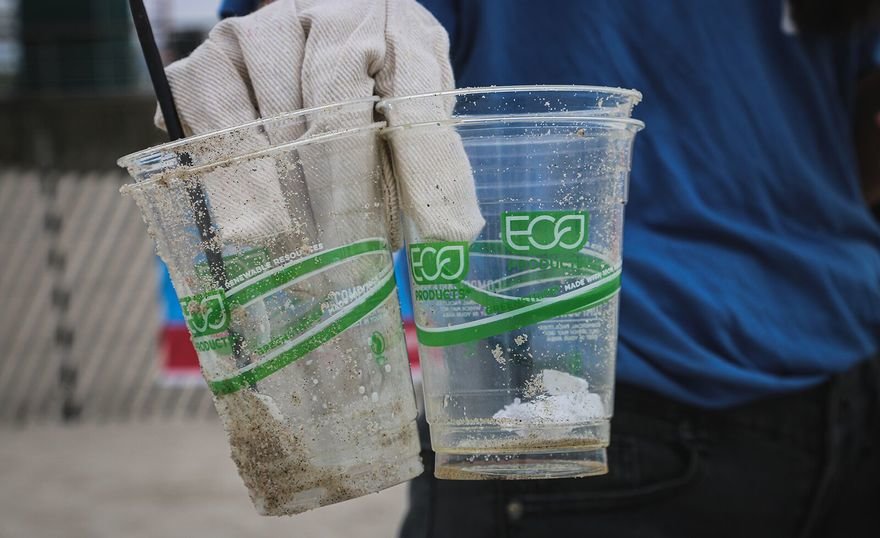 While shopping for eggs the other day, I was taken aback by the number of brands that were packaging their eggs in rigid-plastic containers. Why would anyone deviate from the compost-friendly, paper-pulp carton? Have they seen the ocean recently? Upon closer inspection, the wording on the package tried to gently reassure me that the carton was made from bio-PET, a popular "bioplastic" (PET is traditionally petroleum based but a version of bio-PET has been growing in use). Still, I felt uneasy, and I couldn't help but imagine the plastic carton ending up on a beach somewhere.

For designers, bioplastics can appear to offer a sustainable material option, with many of the physical benefits of plastic. With the spectacular ecological fallout of petroleum-based plastics, it is no surprise that many young designers have made it their mission to reform material practices. In the search for more sustainable options, bioplastics have played a major role. Bags, desk lamps, 3-D printed installations, straws, bottles, plastic piping, phone casings, car insulation, medical-implants, even Legos. Bioplastics are now ubiquitous, and they will only become more so. By 2024, the growing bioplastic market is projected to be valued at over 68 billion dollars. (source.)

What actually makes a plastic worthy of that "bio-" prefix? According to a study from the University of Hannover, there are over 300 different types of bioplastic, "bio-based plastics can be made from corn, sugar cane, starch." While to be officially labelled a bio-plastic, the material must be made from at least 20 percent renewables, "many bio-based plastics contain also a significant amount of petroleum, often 50% (for the bags) and sometimes up to 80%" . That may not sound like such an improvement, but in a 2017 study, it was determined that switching from traditional plastic to the corn-based PLA bioplastic would cut US greenhouse gas emissions by 25 percent. (source.)

For however sustainable many bioplastics may claim to be, there are no shortage of concerns about their long term effects. Recently, some alarm has been raised about the presence of fluorinated "forever chemicals" such as PFAS in molded fiber bowls. Sparking concerned about whether byproducts from the bowls might contaminate waterways with cancer-causing agents. (source.)

Additionally, for proper disposal of most bioplastics, it is required that materials be sorted according to whether they should be composted or recycled. This would be fine if there were a waste management system that would do the diligent work of making sure everything is in its proper place. Alas, in most places this is not typically the case, especially in the US. Turns out people typically won't end up composting their compost-friendly Sweetgreen bowl. If bioplastics like the very popular variants PLA and PHA, end up in a landfill, they can end up releasing Methane, a green-house gas worse than carbon dioxide.

Plus, with almost all bioplastics, if they end up in the ocean they will typically breakdown into microplastics and at that point are actually no better than fossil-fuel produced plastic. In 2015, the UN released a report on bioplastics saying that, "complete biodegradation of plastics occurs in conditions that are rarely, if ever, met in marine environments, with some polymers requiring industrial composters and prolonged temperatures of above 50°C to disintegrate." The report went on to say that there are some concerns that the use of biodegradable plastics might feed peoples inclination to litter. 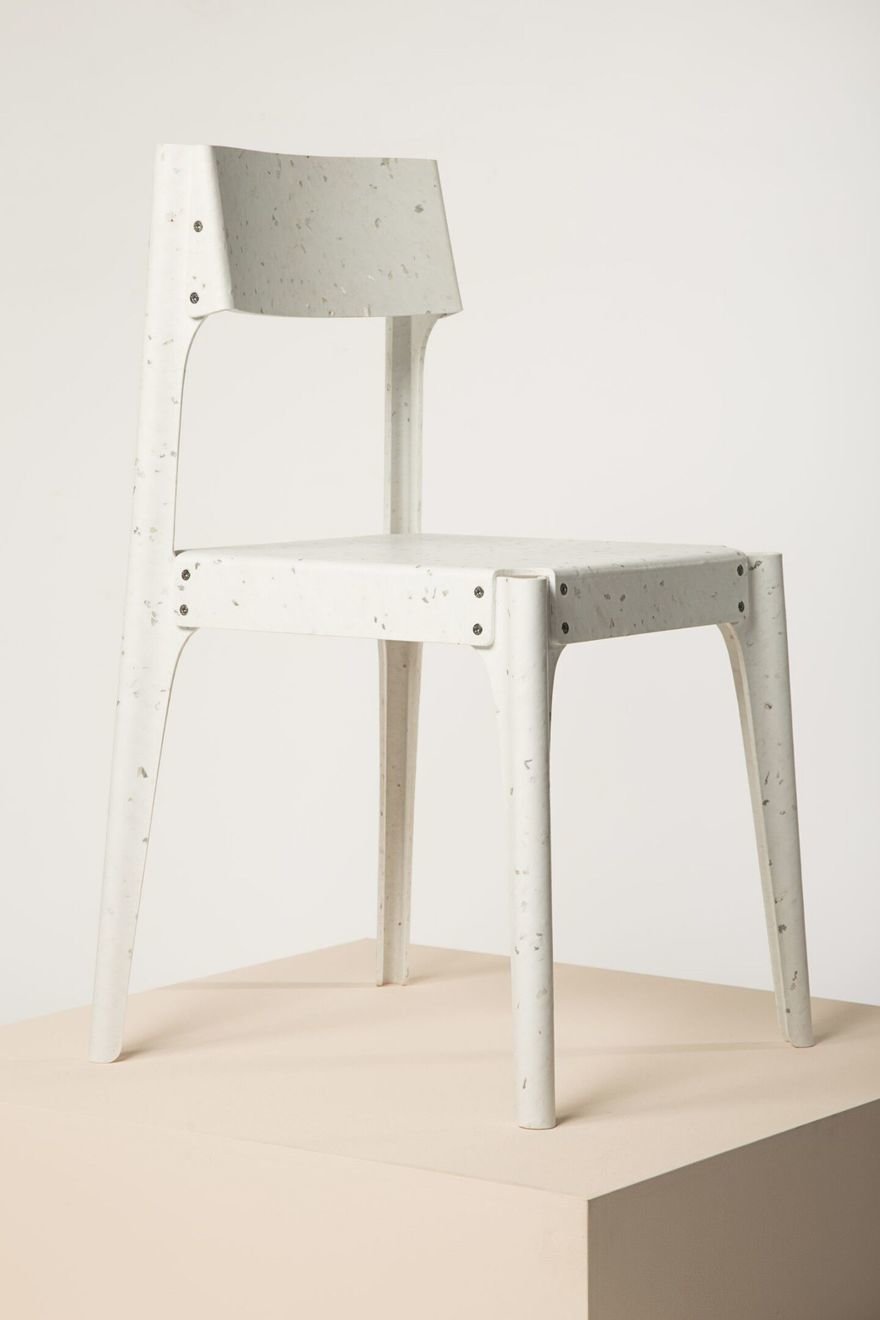 Among designers, the debate has become all but ideological. At this year's Design Week in Milan, Dezeen reported that Arthur Huang, CEO of Miniwiz, a company that engineers products from recycled materials, spoke out against the use of bioplastics, "If we use them the same way [as conventional plastics] they are just as bad if not worse". While Jan Boelen curator of the 2018 Istanbul Design Biennial has stated that designing with reclaimed plastic is "bullshit" and that designers must turn to better bioplastics for the future of sustainable material.

While emptying my trash this morning, I found my plastic-anxieties had been justified. My roommate had mistakenly thrown a non-biodegradable PET plastic egg carton in with the compost. Whether you're a believer in a bioplasic future or not, what's most pressing is a design for a clearer and more ecologically-sound system for users to dispose of material. Whatever that material might happen to be. 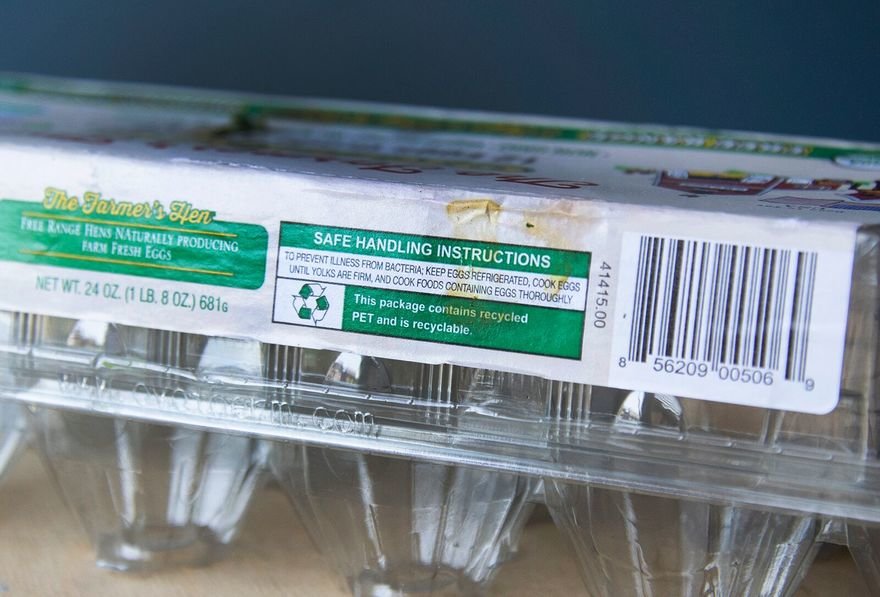