My favorite images of Isamu Noguchi are the photographs where he's smiling. I have this conception of him as a constant tinkerer – rocks, tools, rods, brushes – and curious, insatiably childlike through adolescence, adulthood, and old age. I envision his collaborative partnerships in architecture, set and landscape design as larger-scale versions of his tinkering; I envision them as playmate-ships, as geniuses in a room and over a table combatting design problems foe-by-foe, manifesting artistic solutions that both speak and respond to those who experience them, and that exude the energy of play.

But Noguchi cannot be divorced from hardship, either – another aspect that, maybe present in the innate, forlorn nature of an adult's smile, is also present in his work. As a Japanese-American whose lifetime spanned both World Wars, he bore and exercised responsibility to a developing cultural heritage of displacement and oppression in the U.S.

Noguchi mastered the channeling of these hardships through the prism of playful, experimental construction. This is what he left us with: a respect of the manipulated natural form through materials-based sleights of hand, spatial-philosophical prompts for curiosity, an oeuvre that gestures us to wonder. 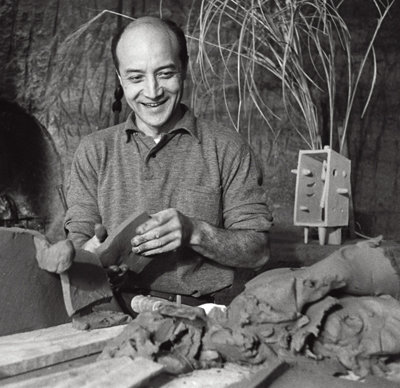 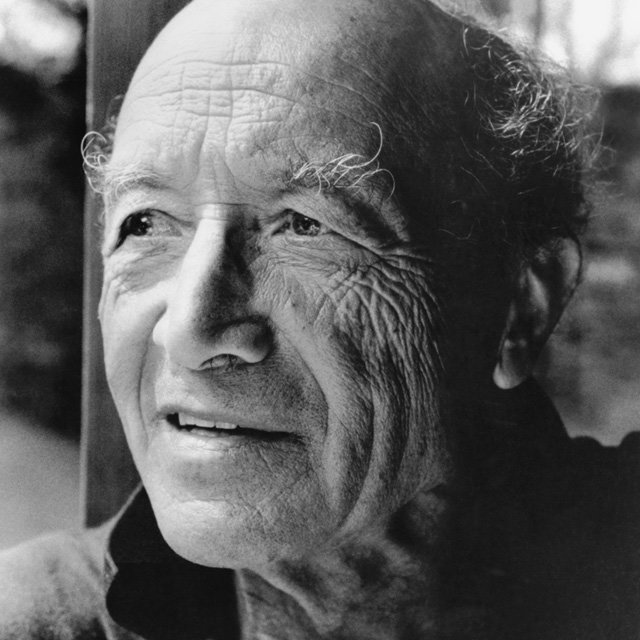 Isamu Noguchi was born in 1904 in Los Angeles, California, to Léonie Gilmour, an American educator and journalist, and poet Yone Noguchi, who had left his relationship with Gilmour to return to Japan. Gilmour and Noguchi joined Yone in Tokyo a few years later, though the relationship to him did not last very long. Gilmour was her son's primary parent through his childhood, which was spent moving around Japan, and was perpetually facilitating his nascent creative inclinations.

At 13, Noguchi returned to the United States for boarding school, after which he held a brief apprenticeship with artist Gutzon Borglum (most famous for sculpting Mount Rushmore), who was in fact discouraging of Noguchi's idea of becoming a professional artist. 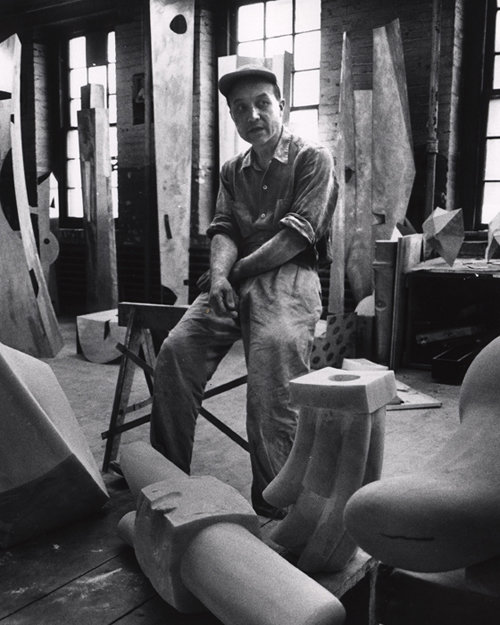 Landing in New York City from there, it's as a young adult that Noguchi began a formal education in the arts, taking classes at the Leonardo da Vinci Art School. Concomitant with his new studies, and after a stint pursuing medicine at Columbia University, he established his own studio practice just south of Union Square. He began gaining commissions and further immersing himself in sculpture, mask-making, and the arts, and in 1927 secured a Guggenheim Fellowship that funded his travels to Paris. There, he was introduced to sculpture artist Constantin Brâncu?i, whose work he'd found inspiring after once seeing it exhibited. He landed a job as an assistant in Brâncu?i's studio, which would be an incredibly formative experience for Noguchi. Continuing his education both formally and through proximity to Brâncu?i's practice, Noguchi spent his time in Paris socializing with other American artists of the interwar zeitgeist, the likes of Alexander Calder and Morris Kantor. He began working out of his own studio in the city, experimenting with more ethereal abstractions in wood, metal, and stone, and soon also moved into drawing.

After two years in Paris, Noguchi returned to New York, where his portrait sculptures became popular among the cultural cognoscenti; after an initial social encounter, he was famously inspired to create one of these busts for visionary polymath Buckminster Fuller in an apropos futuristic, chrome-plated bronze. Through the end of the 1920s, the pace of Noguchi's career as an artist accelerated: he opened two solo shows in New York City, and continued to lean into his lifelong penchant for travel, visiting and studying ink brush painting and ceramics in China and Japan, respectively.

The next decade was a snapshot of ongoing momentum for Noguchi's career and practice. In 1931, The Whitney Museum of American Art acquired one of his portrait sculptures, marking his first acquisition by a major institution (Ruth Parks, 1929). While continuing to sculpt, he also witnessed an expanded portfolio of theater commissions and larger-scale projects. In 1934, he developed a model for Play Mountain, pitching the playground design to the infamous Robert Moses, at the time the New York City Parks Commissioner. Crotchety Moses rejected the proposal, which went unrealized, but which signposted the first of other playscape designs to come. 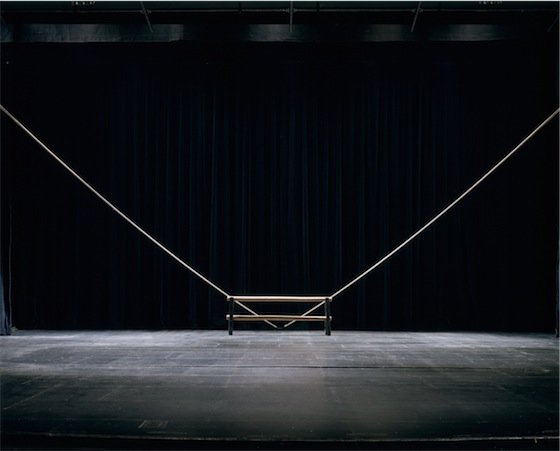 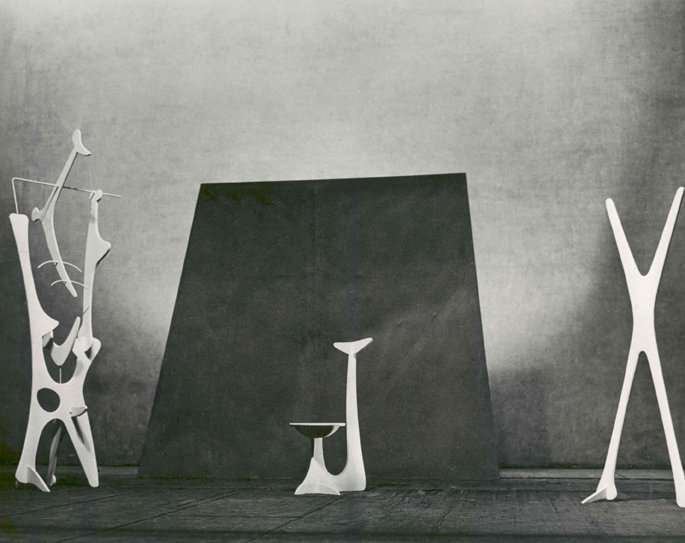 During this period Noguchi began working with dancer-choreographer Martha Graham, for whom he designed his first theater set and with whom he became a long-running collaborator. He traveled to Mexico, too, expanding his prominent Rolodex of artist companions to include Frida Kahlo and Diego Rivera. Upon returning to the States, Noguchi excitedly had the opportunity to shift into the realm of mass consumer product design, producing a baby monitor for Zenith Plastics company. 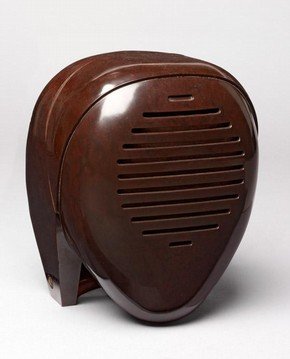 "Radio Nurse" Baby Monitor by Isamu Noguchi (1937), held in the collections of The Victoria and Albert Museum, London

With the onset of World War II, Noguchi began actively reckoning with the mistreatment of Japanese and Japanese-American peoples on U.S. soil. In 1942, he voluntarily admitted himself into a War Relocation Center, where Japanese internees were being detained (and which existed on stolen tribal property) in Arizona. There, he committed himself to transforming the wartime Japanese-American psyche and experience through art and urban design, absorbing an activist spirit that would engage his artistic practice into the future. He found it difficult, however, to forge relationship with the detainees, and was unable to implement any of his improvement projects, whose designs included a baseball field and cemetery; he returned to New York after six months ("The Life of Isamu Noguchi," Masayo Duus, 2004).

Upon re-establishing a studio in Manhattan, Noguchi continued product designing, landing a partnership with Herman Miller, which began producing a highly successful Noguchi coffee table that is still in production today. Throughout the 1940s, he also worked on more large-scale and commercial commissions – for the likes of the Rockefeller Center and Detroit's American Stove Company Building – as well as more high-profile theater projects on set and costume design for Graham and other prolific theater artists.

Portrait of the Piedmont Park Playscape in Atlanta, Georgia (1976). Via HermanMiller.com

In 1949, Noguchi secured his second fellowship allowing him to travel extensively, this time landing him in Japan. There, he met and began collaborating with fellow designer Isamu Kenmochi. Over the next decade, inspired by his revived connection to Japan and its makers, Noguchi continued producing commercial commissions, theater, fine arts and ceramics, lighting (developing his first Akari lanterns during this time), and architectural projects with architects Kenzo Tange (bridge railings for Peace Park, Hiroshima, and other unrealized projects) and Louis Kahn (an unrealized Riverside Park Playground, NYC). His acclaim grew, as well, particularly in the form of more gallery shows and another acquisition, this time by the Metropolitan Museum of Art (Kourus, 1944-45).

Toward the end of the 1950s, Noguchi began a collaboration with Austrian architect and industrial designer Marcel Breuer on a commission for the gardens of UNESCO's headquarters in Paris. He frequented Japan for the project, sourcing stones for the garden, which was ultimately completed in 1959. Soon after, Noguchi moved to and set up shop in Long Island City, Queens, which at the time was rich with vendors, metalworkers, and stone suppliers whose resources were critical for Noguchi's practice.

Throughout the next two decades, Noguchi's first major retrospective opened at The Whitney Museum of American Art in New York (1968); he returned to Tokyo to complete a minimal, punctuative fountain design at the Japanese Supreme Court (1974); realized his first and only playground, a colorful, brutalist construction at a public park in Atlanta, Georgia (1978); and, among other large-scale commissions throughout the 1970s, designed and installed a permanent sculpture at Storm King Art Center, New York, which responds to the outdoorscape's topographical character (Momo Taro, 1978). 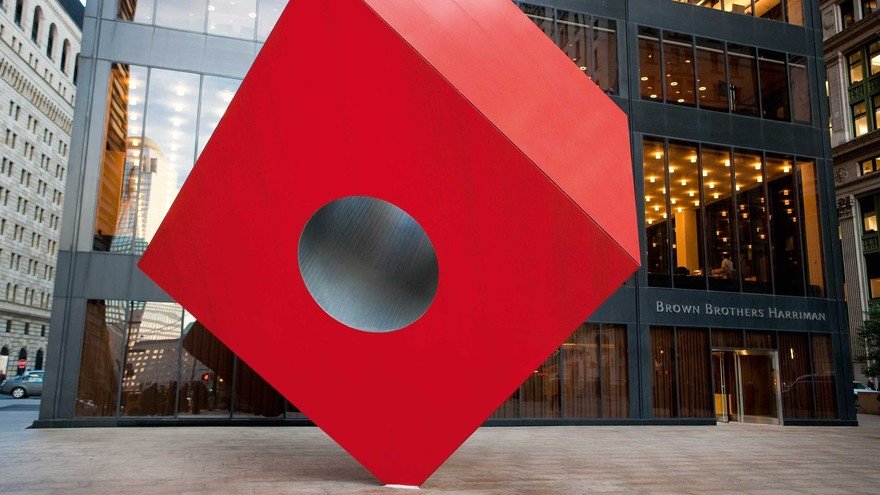 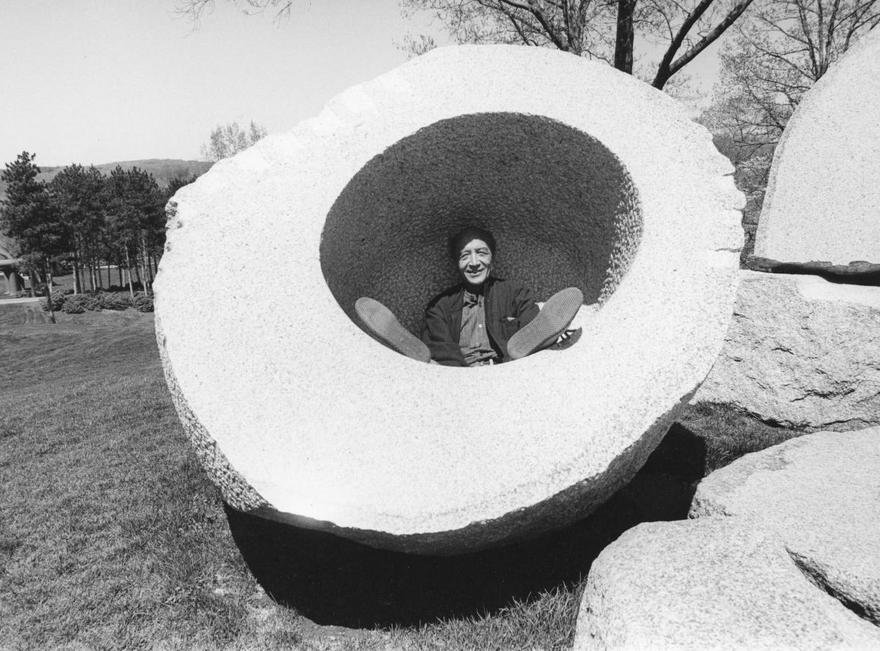 Noguchi inside a part of his Momo Taro sculpture at Storm King (Helaine Messer, 1985)

In 1980, Noguchi began planning his eponymous Garden Museum, which eventually opened to the public in 1985 adjacent to his studio in Queens. Soon after, in 1986, Noguchi represented the United States at the Venice Biennale, received the Kyoto Prize for lifetime achievements in the arts, and, the next year, was presented with the National Medal of Arts from Ronald Reagan. In December of 1988, two days shy of the new year, Isamu Noguchi passed away at the age of 84. 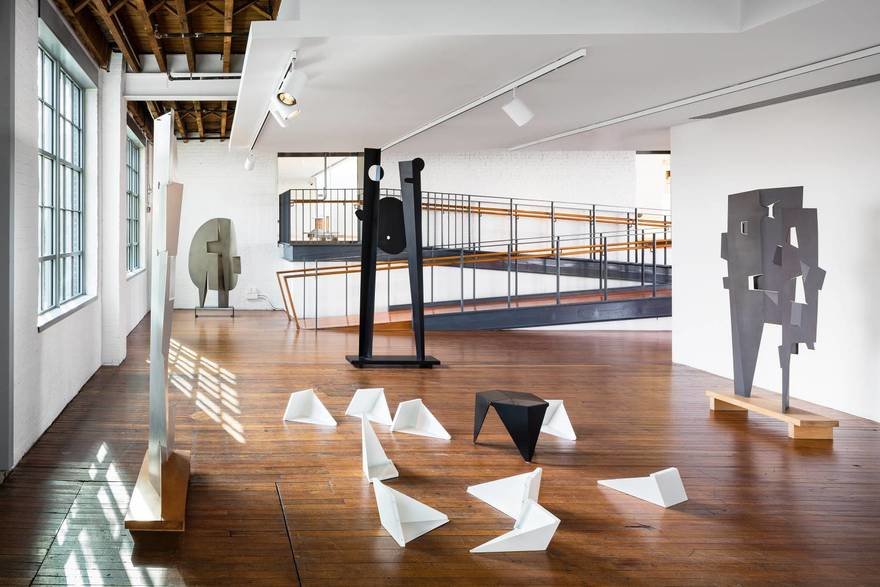 One of the gallery spaces at The Noguchi Museum, via NYC Go

The legacy of the artist exists in his impactful, large scale public works, in his iconically identifiable biomorphic sculpture, in his landscape architecture and the permanent vestiges of his many design collaborations; it exists in The Isamu Noguchi Foundation and Garden Museum, dedicated to preserving and championing Noguchi's ethos and artistic practice as creative tissues connecting the West and East, allowing us to share in his achievements of contemplative pursuit.

Evocative of the expanse of his oeuvre, The Noguchi Museum holds onto the glimpses of child-mindedness that Noguchi imbued into his work throughout his lifetime. In Search of Contoured Playground is currently on display, a direct manifestation of this proclivity. The focal point work, an unrealized model for Contoured Playground (1941), evolved from Noguchi's earlier proposal to Robert Moses. In part halted by the onset of WWII, the model represents one of the most important aspects of Noguchi's practice: design does most justice to its environments when it negotiates with them, when it responds to its topography, geometries, and natural elements.

We can envision a smiling Noguchi, in pursuit of closer and closer relationship to the spaces he was creating from and for, guiding us through the curves of this theoretical microcosm. In Search of Contoured Playground is on view through February 2, 2020. 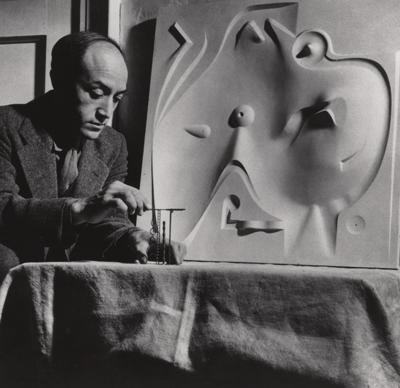