Unusual, Industry-Specific Vehicle Design from the 1950s: The DeKalb Lumberjack

A couple of years ago, we spotted this 1940s sketch of an unusual vehicle done for Preston Tucker. The Tucker Corporation famously went belly-up and this vehicle was never produced. 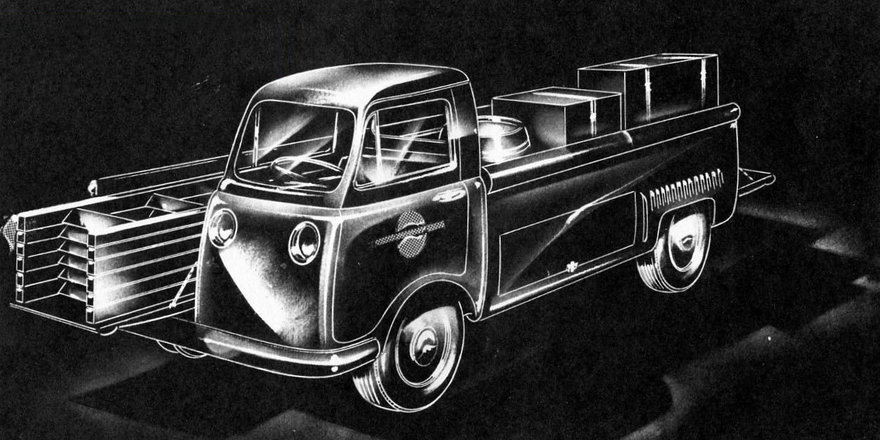 However! Take a look at this: 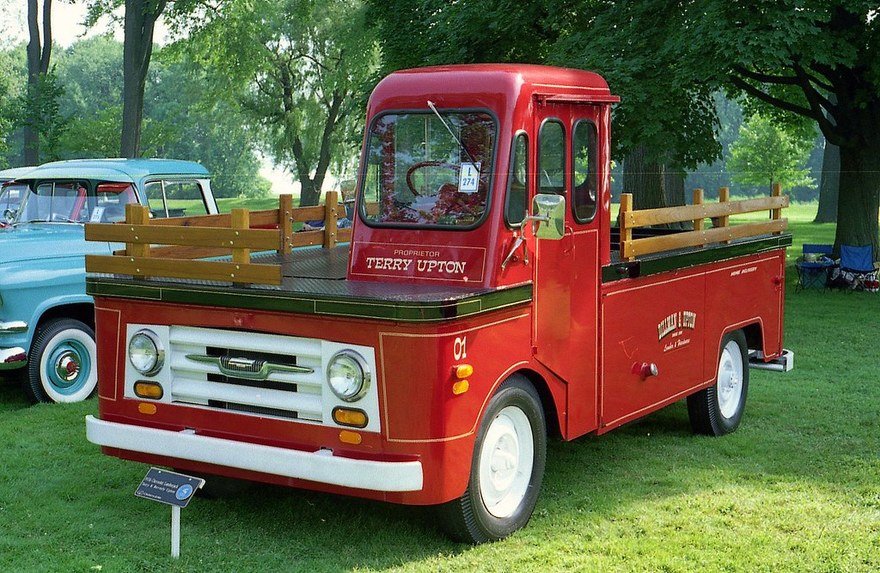 That's not a one-off. That's a 1956 Lumberjack, manufactured by a company called DeKalb, which originally started out as a wagon manufacturer. DeKalb made truck bodies that could be bolted on to the truck chassis produced by major automakers like Ford, GMC, Chevrolet and Dodge. 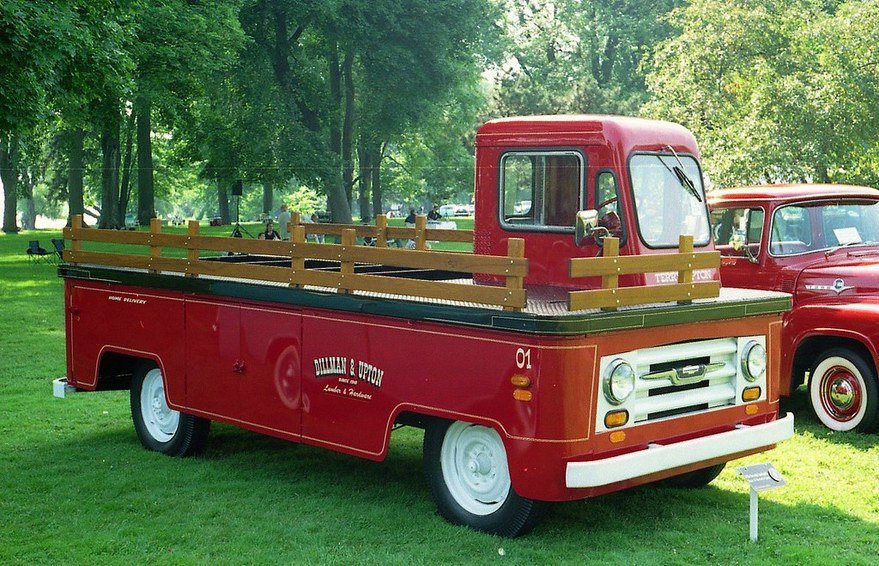 Note how tall the door is! It looks like you can just walk into the cab. 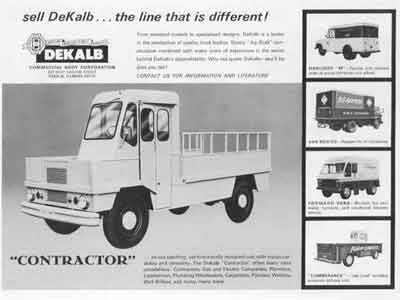 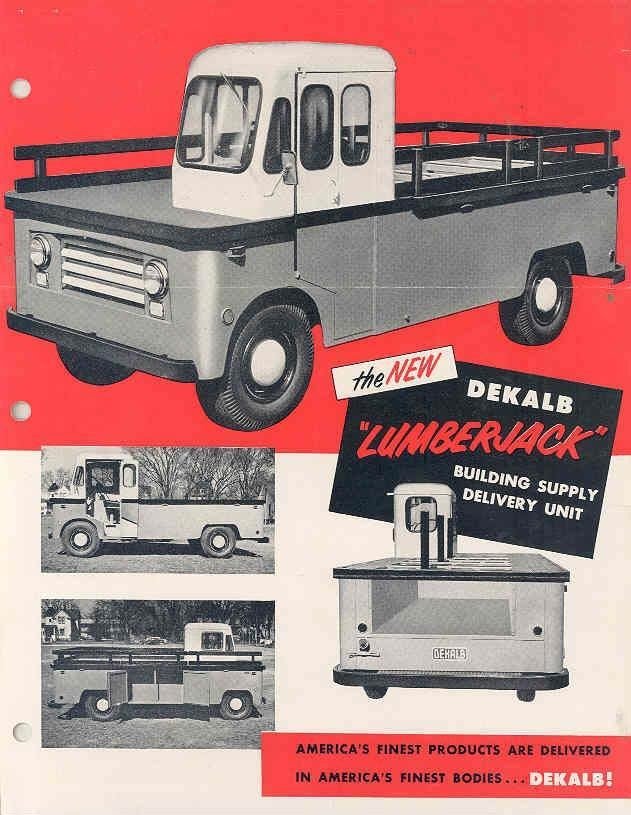 In this photo, you can see there's both upper and lower loading levels: 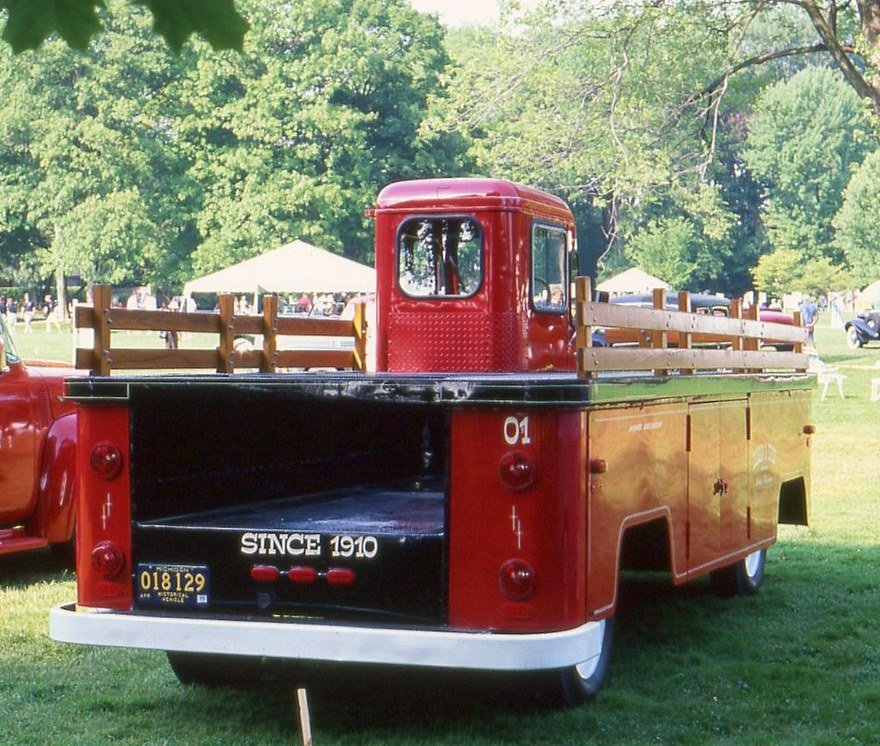 The two levels were designed to hold differing materials. I found a clipping from a 1955 issue of a DeKalb, Illinois newspaper explaining the thinking behind the truck's design: 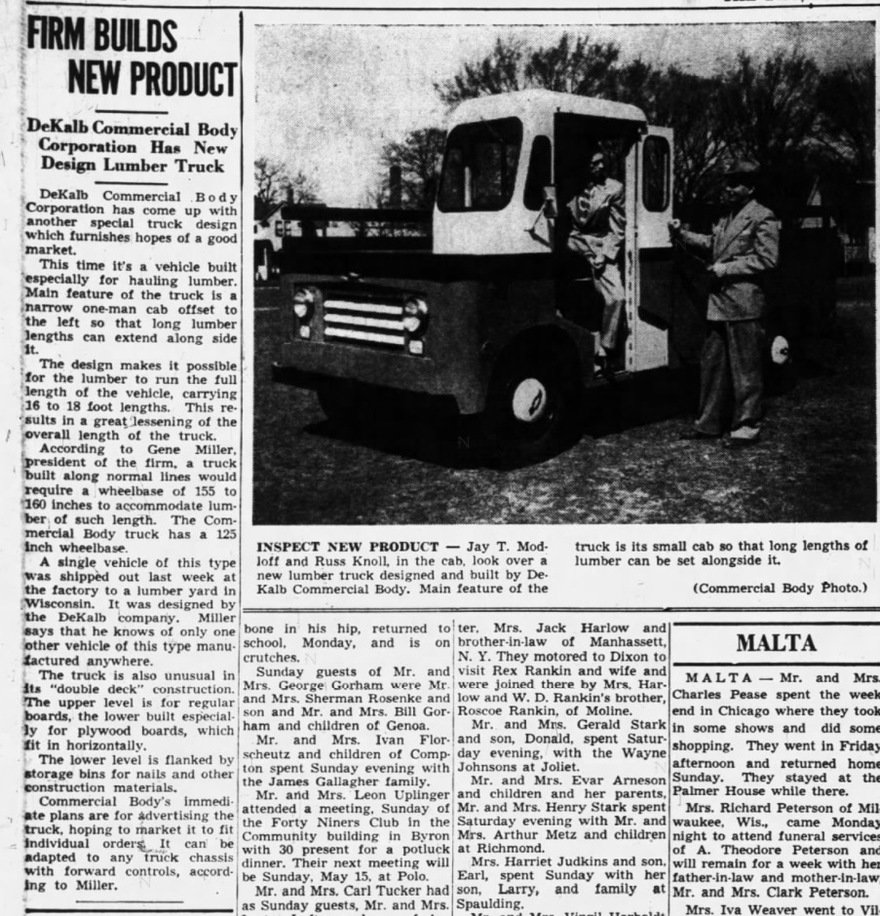 With four-wheel-drive and off-road tires, this thing would be the ultimate farm truck. All of that loading space freed up by omitting the passenger seat. I covet it. 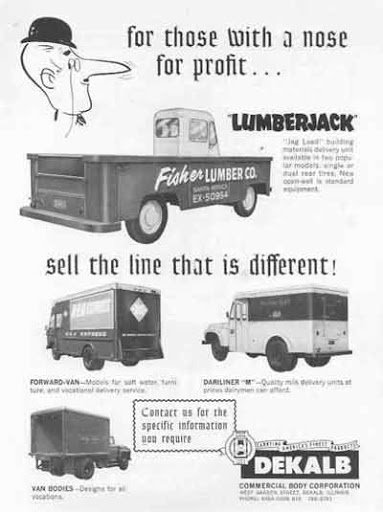 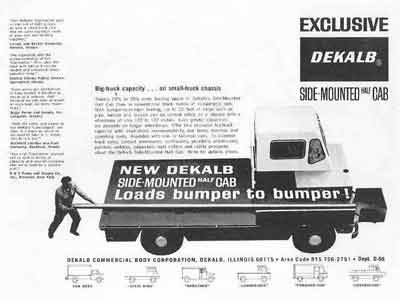 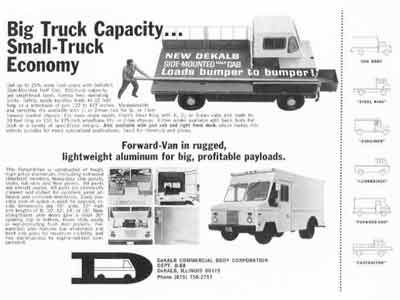 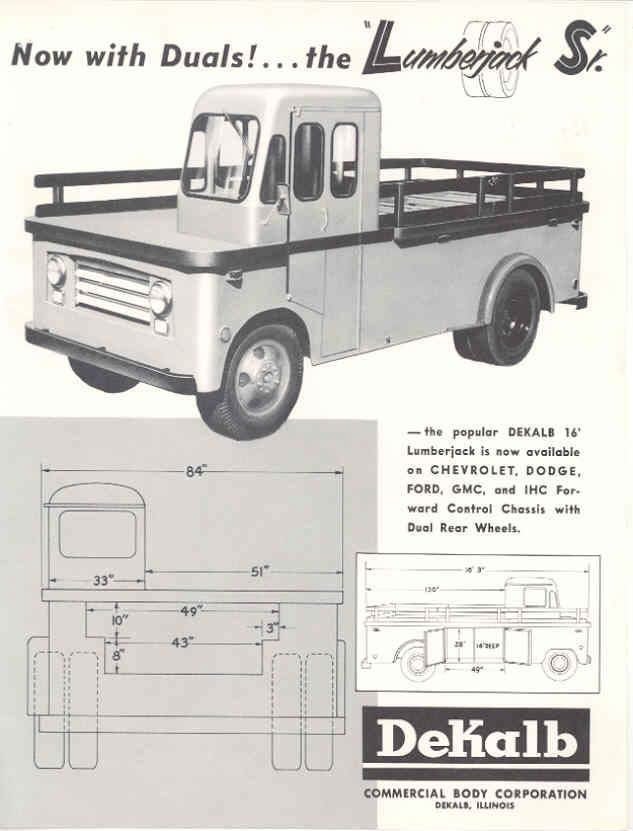 Alas, I haven't spotted any of these at Bringatrailer.com.

Unusual, Industry-Specific Vehicle Design from the 1950s: The DeKalb Lumberjack