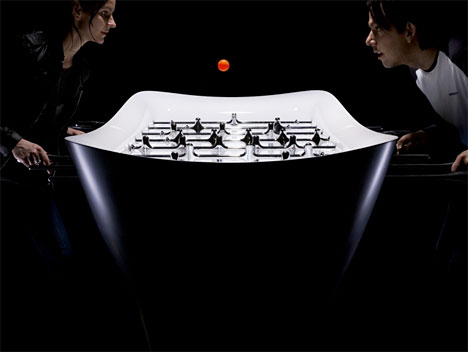 So let's say you're a confident designer and you've got a prospective client. How do you go about convincing them to entrust their business to your skilled hands?

Obviously, sounding professional and knowledgeable is crucial, and having a reputation to back up your claims helps a lot too, but when it comes down to it, they want to see evidence—something they can look at and immediately know you're the one who's going to make their new product a world-crusher. And that's really what we're talking about, aren't we—looking. Because as much as we like to muse about Design Thinking and Innovation as abstract concepts, nothing loosens purse strings and gets contracts signed like a compelling image.

But which image to show? Even the greenest of photographers knows that there are thousands of ways to shoot an object or scene, and that the impression the image conveys depends as much on the mode of depiction as on the subject. The right shots convince folks of your competence; the wrong ones leave them scratching their heads and reaching for the next business card. Like most methods of persuasion, the key lies in the narrative: a project pitch is a story, and it needs to have a beginning, middle and end. It needs to grab a client's attention, carry them along, and leave them with an understanding they didn't have before. And believe it or not, you can do all of this with just three kinds of images. 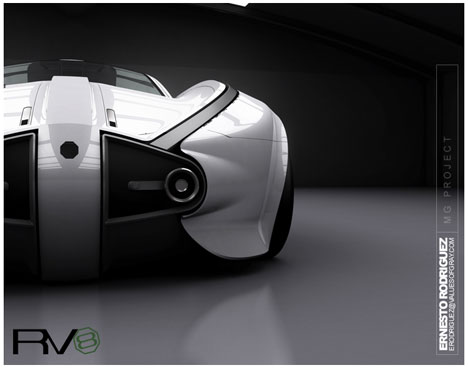 You're probably already familiar with this sort of picture. Bold, dramatic, clean, flawless; the object as an irreproachable work of art. A good Hero Shot is a necessity for any presentation of a physical object, be it a car, a vase or skyscraper. It works like the establishing shot in cinema: it frames the story, giving a sturdy point of reference for future elaboration. It's also like the opening sentence in a good story: it grabs my attention, clears other thoughts from my mind, and convinces me that what I'm about to experience is powerful and important. Making a good one, though, is harder than it looks.

The easiest path to a decent Hero Shot is the digital one. With their complete lack of extraneous details and background, 3D renderings produce Hero Shots almost by default. In fact, the toughest part of rendering is often making them look imperfect, which is why the best render-monkeys can spend days setting up complicated lighting schemes that simulate the complex shadows and uneven illumination that lends that air of authenticity. A Hero Shot doesn't have to be authentic, though, it has to be magically pristine, and this makes some of the most effective ones the simplest: plain white or black background, bold lighting, exaggerated perspective, low camera angle. Check these top-rated images from Coroflot for examples.

Conversely, getting a good Hero Shot from a real object can be a massive chore, and insures a certain amount of job security for good product photographers. If you've ever tried to create a flawless image of a glossy consumer electronic device, or god forbid, a chromed piece of kitchenware, you know what I'm talking about. For starters, you'll need a lightbox or strobe rig, a big roll of high quality paper or styrene for a backdrop, some decent Photoshop skills, and lots of patience. 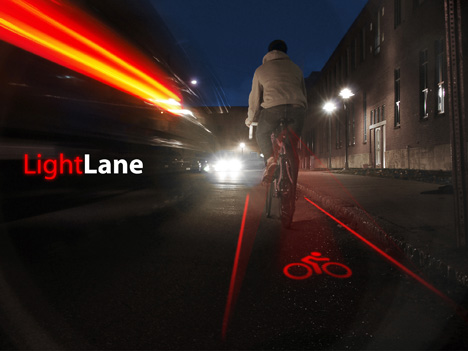 This one goes by a variety of names, including Context Shot, In-Use Shot, and Function Shot, but the purpose is pure common sense: to tell the story of how the design works and feels, in one succinct image if possible. Creative Seeds guest blogger Billy May refers to it as The Money Shot in his eponymous article ("The Art of the Money Shot" - April 27, 2009), and in a nod to the great job he does of explaining how to create one, we're using the same term here.

Money Shots are easier than Hero Shots in that they need not look flawless. A little soft focus or distracting background is OK. In other ways, they're far more complicated. A good Money Shot takes real thought—about the function of a product, the experience of using it, and the visual elements needed to convey these, in a single look. Billy suggests a strategy called "Anchor With a Twist," in which an image conveys a familiar situation, but with a novel component that changes everything around it: your product. This photocomposite of the Light Lane cycling safety device is a good example, but May introduces plenty more in the article, along with some great, actionable advice on how to create your own. 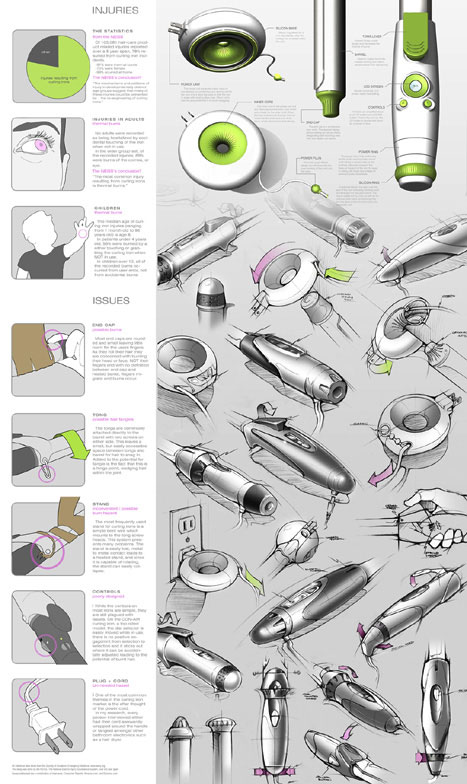 "Show process" is a phrase so often repeated in the lecture halls and studios of design school that it ought to be etched in the floorboards, but surprisingly few designers really take it to heart. Unfortunately, this turns out to be one of those bits of academic advice that's truly useful in the business world. Process is the quiet but powerful act in the product's story that seals the deal. The Hero and the Money shots impress and explain, but Process soothes and reassures, letting the client know that yes, we can work this kind of magic for you too.

While the specifics of showing process are less well-defined than for the previous two image types, the goal is crystal clear: demonstrate that your end result was not a fluke, but the result of a logical, repeatable strategy. For this reason, a page of rough exploratory sketches is good, but not sufficient. Clients need to see progress, from research, to initial concepts, to more refined exploration, to preliminary prototype. The best process pages evoke a strong storybook feel: "Once upon a time, there was a group of users whose needs weren't being met by the offerings currently on the market. So the design team started learning about them, and came up with a few ideas..." this curling iron project from Boston-based designer Zach Hastings (above) features a top-notch example of successful process explanation, taking the viewer on a fascinating trip from early research and problem assessment to final production with nary a misstep along the way.

Will nailing these three images automatically nab the perfect gig? Well...no. Your work still has to be phenomenal. Phenomenal work that's well explained, though, is a rare and lucrative thing.

Carl Alviani is an editor, design writer, and Core77's resident CAD guy. In his capacity as Editorial Director at Coroflot.com, he looks at about 300 Money Shots a day.