The year in bicycles more or less started with a brief history of bicycle innovations, a clip from Engineering.com's Product Design Show, a serendipitous lead-in to the 2011 Oregon Manifest. The following month saw the launch of the biennial competition to build the ultimate utility bike, which attracted builders from across the nation. A trio of 'creative collaborations' complemented the Constructors Design Challenge, and we were happy to host the three "design-build" diaries over the course of the seven-month build process: IDEO × Rock Lobster, fuseproject × SyCip Designs and Ziba × Signal Cycles. 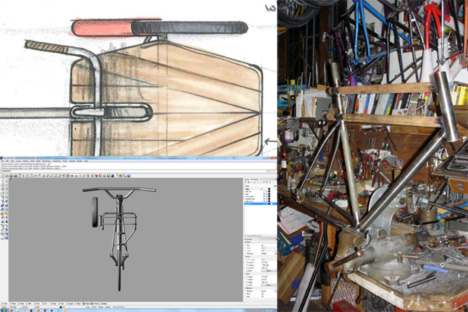 The results surpassed all expectations, and if it was difficult to discern a narrative arc from the ongoing chronicle as it unfolded over from month to month during the summer, we were pleased to find that the each chapter fit nicely into a coherent story in retrospect. All three bikes remained remarkably true to both the design firms' approaches and the builders' aesthetics: IDEO × Rock Lobster's elegant "Faraday" e-bike; fuseproject × SyCip's "LOCAL", a "bike version of the practical pick-up truck"; and Ziba × Signal's classy-yet-functional "Fremont". 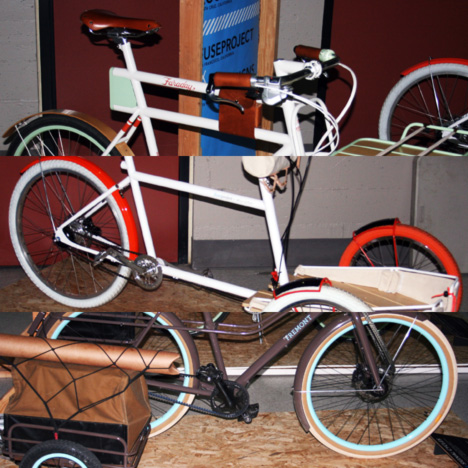 The three collaborations collectively represented nearly every trick in the book (U of O's retractable kickstand notwithstanding), though the various requirements—lights, lock, stand and cargo capacity—came in entirely disparate permutations among the ~30 builders. In fact, the most interesting aspect of the entries was how each one reflected the personality of the builder.

Thus, it was anyone's game as to who would be taking home a prizeribbon (and, in the case of the top three, a bit of money for their effort), even after the grueling 50-mile field test. In fact, the competition was so close that the decision ultimately came down to (2009 winner) Tony Pereira's integration of electric assist. 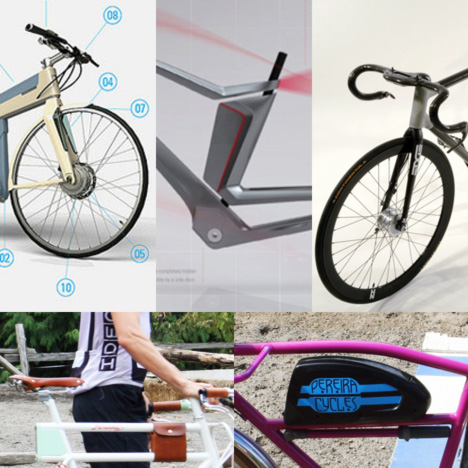 E-Bikes: Not Just for Delivery Guys Any More

Indeed, the defending (and as yet undefeated) Oregon Manifest champ Tony Pereira declared that 2012 would be the year of the electric bike, a hypothesis that is supported by a couple student designs that we saw this year: the University of Cincinnati's double-time slideshow and Stefan Reichert's (Flotspotted) "E-Motion" concept. Meanwhile, a team of UPenn mechanical engineering students proposed that electronic enhancements might be as important as electric assist with the purportedly superlative "Alpha." 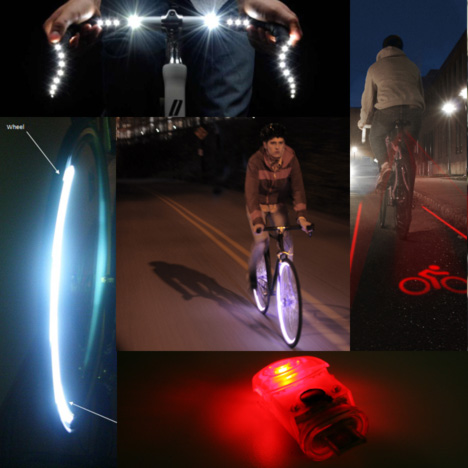 Let There Be Light

If 2012 will be the Year of the Electric Bike, 2011 might be considered the Year of the Bicycle Light: no one could have expected the overwhelming response we received when we first posted about "Project Aura" back in May. The hub-powered, rim-mounted LEDs impart a Tron-like illumination that has captured the imaginations of some 230K+ cyclists (according to Vimeo) and counting; congratulations again to Ethan Frier and Jonathan Ota, the otherwise unassuming Carnegie Mellon undergrads who have since won a Core77 Design Award and applied for a patent on their SURG (Small Undergraduate Research Grant) -funded project.

In fact, the 'Aura' effect would resonate with designers the world over, several of whom set out to address the same issue—"nighttime urban bike commuting"—from variations on a 'light lane' to cleverly integrated LEDs to Revolights' very successfully-Kickstarted rim-mounted illumination... not to mention Knogs' high-powered USB-powered head- and taillight. 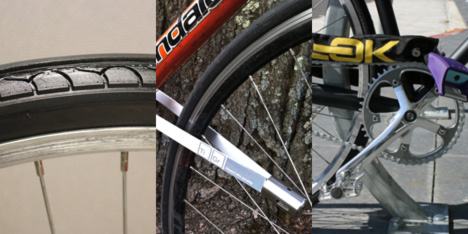 Of course, Kickstarter was ever the proving ground for self-initiated—if not self-inflating—projects, and bicycle accessories were no exception: the "PumpTire" fell flat, but the "TiGr" bow lock was a hit. (The "Hiplok," on the other hand, was a more conventional alternative to the tried-and-true U-Lock, both in terms of user-informed design and retail availability.) 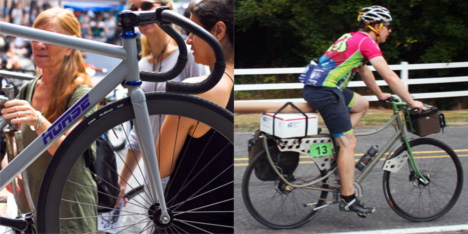 Crowdfunding and human-centric design aside, 2011 also saw the rise of the digital age artisan, and the bicycle proved to be a worthy object of attention for a new generation of makers who deal in steel (or are big on TIG, perhaps). The East Coast has finally caught up to the cycling culture of California and Portland, where custom framebuilders have set up shop for decades; we're looking forward to seeing what our friends at Brooklyn's Horse Cycles and Boston's Geekhouse Bikes have to show at NAHBS. 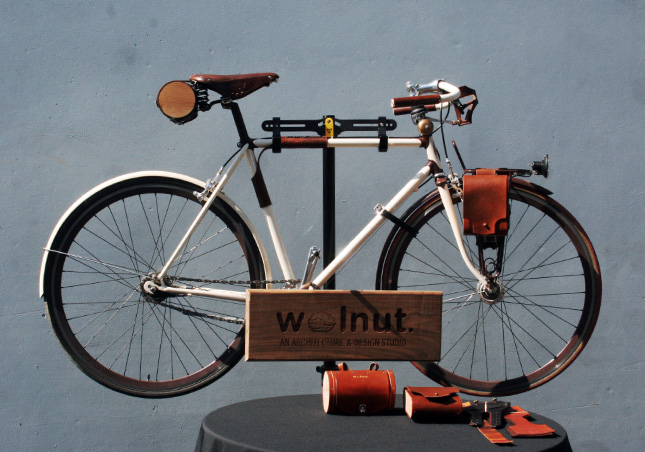 Meanwhile, the longstanding affinity between leather goods and classic rides took on new forms in 2011: Walnut Studio's "Spartan Carton" is just one of their many cycle-friendly leather offerings, while Ian Mahaffy's "Victoria" saddle bag is a clever storage option. 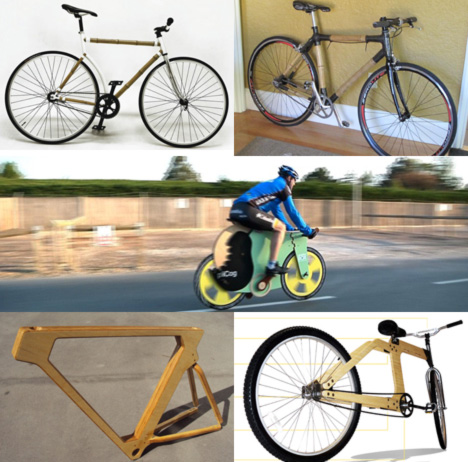 In keeping with the parallel themes of craftsmanship and sustainability, 2011 also saw a veritable resurgence—short of fetishization—of natural materials, namely wood and bamboo. The new designs run the gamut from the Bamboo Bike Studio, a workshop on a mission (not to be confused with the San Francisco neighborhood), to the experimental all-wood splinter bike. Diego Cardenas' bamboo cycle and a pair of wooden frame designs lie somewhere in between. 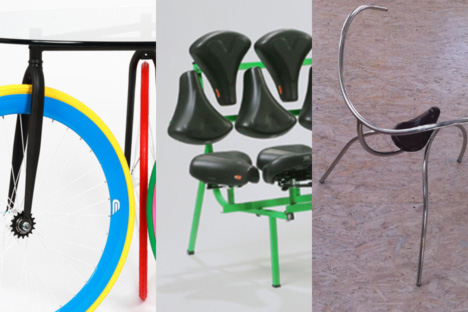 Speaking of "furniture on wheels" (per Michael Cubbage of Flat Frame Systems), the two-wheeled machine inspired several home furnishings, including the "Fixie Table," a literal interpretation of Cubbage's pithy description. If the Pure Fix table might be picked up by Urban Outfitters, Jeremy Petrus's "Mishmash" is decidedly more in keeping with the Herman Miller aesthetic, as an homage to George Nelson and Castiglioni alike. Similarly, architect Bruno Urh inserted the iconic form of the bicycle saddle into a distinctly Picassoesque frame in the curvilinear "Chair for Janez Suhadolc." 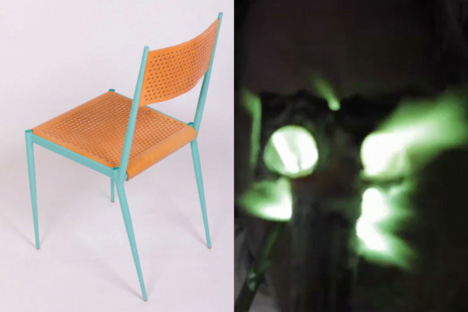 For his part, young designer Max Lipsey opted for a more subtle translation of bicycle to furniture: he unveiled his "Acciaio" chairs and stools at the Salone Milan in April. The collection takes its name from the Italian word for steel, as each piece is made from lightweight steel tubing and leather that are traditionally assembled into bicycles and saddles. (Incidentally, the 2011 Bicycle Film Festival included a screening of a short of the same name, d'Acciaio, which is viewable in full in our event recap.) 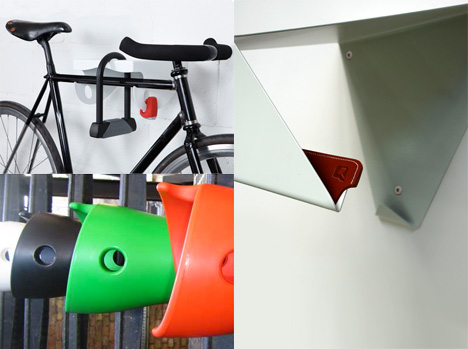 Bicycle-inspired furniture also took the form of wall-mounted shelving, i.e. a storage solution for the cramped urban abodes where many of us reside. 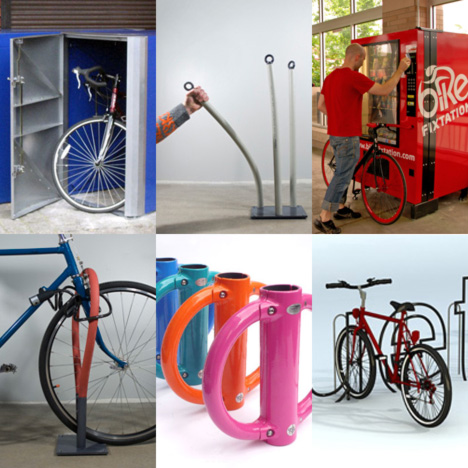 Taking to the Streets

Yet the surest indication that cycling is on the rise is not seen at home or at work but in the public sphere, and we're happy to report that major cities the world over are increasingly amenable to cycling infrastructure: it might take a while for public bike lockers to catch on, but the "Cyclehoop" offers a fairly practical urban parking solution... especially in contrast to a handful of less conventional bike rack concepts from Keha3. (The bicycle vending machine concept makes a nice complement to these parking solutions elements—even, as I once found out, if it happens to be out of order.) 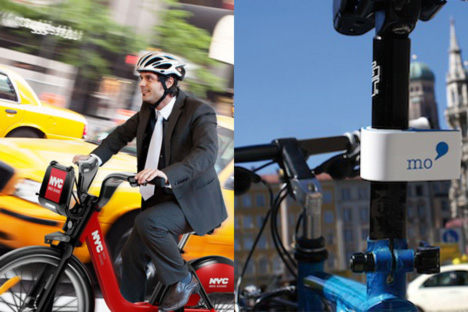 Of course, the public nature of the bicycle is affirmed as much by top-down initiatives at least as much as it is grassroots efforts. Public bike share programs represent the paragon of alternative transportation: we look forward to seeing upwards of 10,000 cycles in New York City's much-anticipated bikeshare program, set to launch by summer 2012, though Germany one-upped us with the even more progressive mo system. 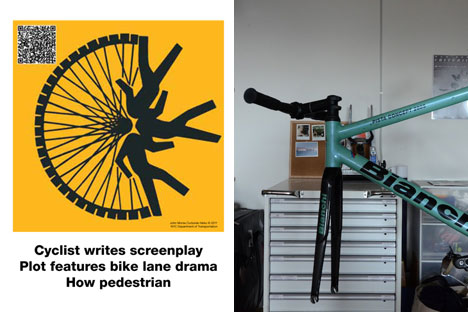 Still, other cities got nothin' on our sweet curbside haikus, a design-y awareness campaign from the NYC DOT in collaboration with Safe Streets... not to mention the one-and-only Red Hook Office (...though we wouldn't mind if the Rapha Mobile Cycling Club turned up Stateside too). 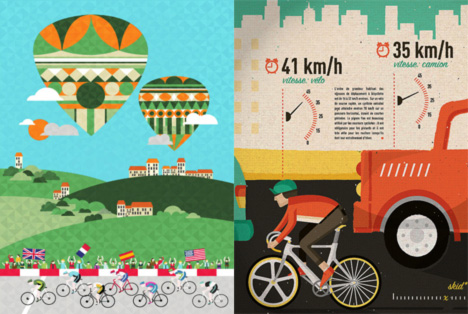 In addition to film, the two-wheeled machine was also represented in graphic design: our friend John Watson brought a couple standouts—Crayonfire's TdF posters and Guilherme Henrique's "Ville vs. Velodrome"—to our attention. 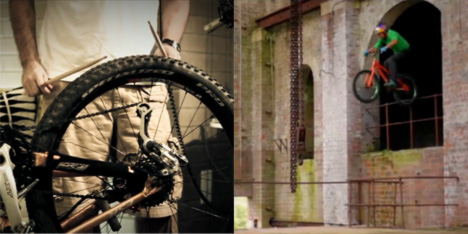 Last but certainly not least, cycle-happy creatives and design-savvy riders alike took the bike and ran rode with it: Roger Lima's Bicycle Beats and Danny Macaskill's "Industrial Revolutions" are both worth revisiting as the year draws to a close.

As 2011 draws to a close, one last inspirational-bike-inspired video is worth mentioning here: the Holstee Manifesto's almost overwhelmingly positive "LifeCycle" film. New York City often has a palpable storybook feeling to it, but I shuddered with uncanny familiarity—i.e. in a good way—upon seeing so many often-traveled bike routes in this beautiful, shamelessly optimistic edit.

More 2011 in Review:
» An Introduction
» Visual Communication
» The Best of Core77
» Fine Furniture & Brilliant Lighting
» 15 Things to See Before (or After) the End of the Year