Welcome to the third chapter of our 2011 year-end wrap-up, in which we focus on visual communication, including a full range of graphics, identity, packaging and otherwise visually-driven content from the past year. Without further ado: 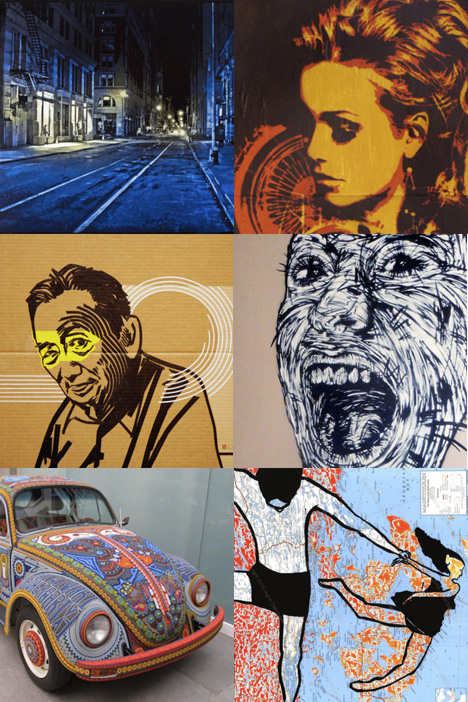 2011 was as visually stunning a year as any in recent memory: our minds were blown time and again by stencil art; artists' graphic styles were just as often informed by their method as vice versa; maps reimagined as portraits and dancers; and old Volkswagens elevated into art. 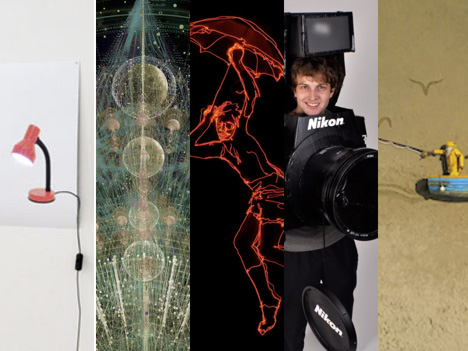 We also saw some good ol' fashioned trompe l'oeil; data visualization turned into abstraction; there were lights, camera and action. 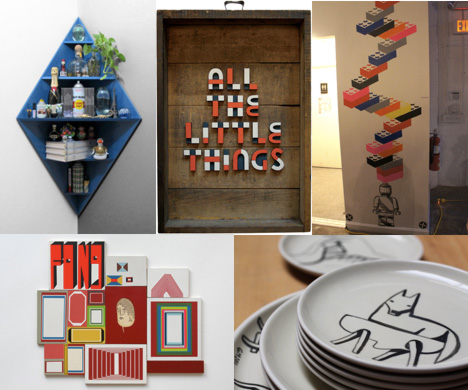 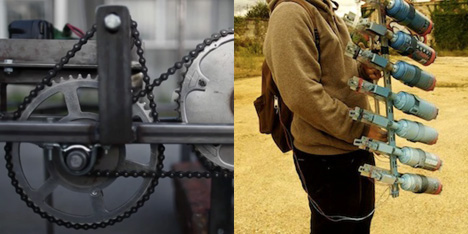 Just as ketchup packets got a little more manageable, so too did graffiti: we'd love to see a combination of the Robo-rainbow and Arduino-enabled NTQ. 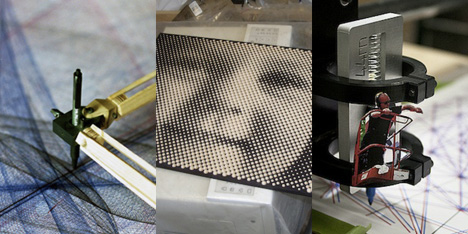 On the other hand (or is that 'in the human hand'?), we were also glad to see the handiwork of a surgically-precise pinstriper and a faux-pixel homage to the late Tobias Wong. Thanks to artist Frederick McSwain and Gallery R'Pure for letting us capture the process on tape. 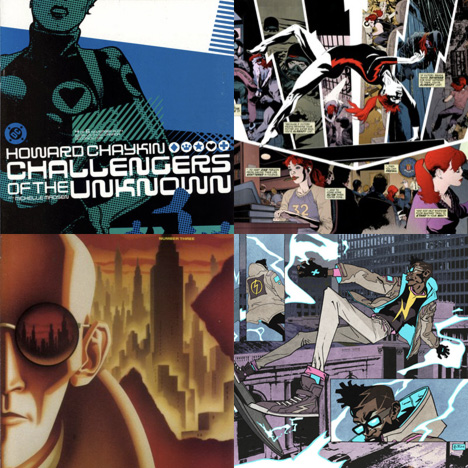 At some point this spring (April 15, according to our e-mail history), an aspiring clogger reached out to us about contributing to Core, hoping to complement his liberal arts education at Dartmouth College with an outlet for his passion for everything from vector graphic intoxication to a hospital within a hospital, among other obsessions (such as his current series on "Masters of the Cutaway"). His efforts have been certainly been appreciated by our editors and readers alike, and we're almost embarrassed to admit that he has almost singlehandedly brought graphic novels into regular rotation on Core. From his first six picks to his blockbuster best-of—both equally excellent places to start, as far as we're concerned—Dave has demonstrated his expertise on classic imagery and new talent alike. 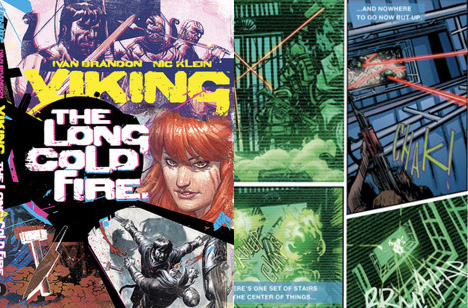 Still, while Dave gladly sang the praises of many of his favorite graphic novels and the artists behind them, he was also willing to raise questions about the genre: his queries came alongside kudos in the case of an insightful interview with Tom Muller, quite the opposite of his harsh Op-Ed about a short comic strip in GQ. (Indeed, artist Tim O'Brien's take on the same subject was not nearly as heavyhanded.) 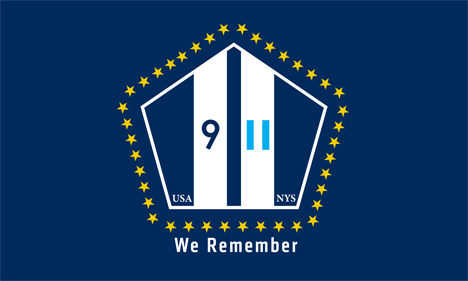 Meanwhile, the graphic identity attached to the tenth anniversary of the event that precipitated bin Laden's demise struck us as the opposite of the gratuitous piece in GQ. Instead, as many of our astute commenters noted, the busy, overly-literal graphic looked like a classic case of design by committee. 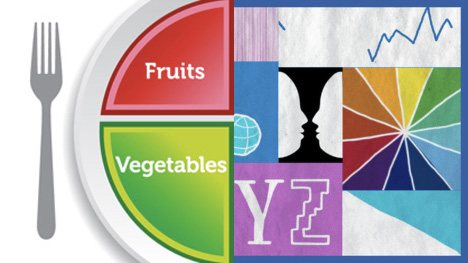 Likewise, we were interested to hear our loyal readers sound off about the new shape of nutrition; perhaps the nation's graphic designers ought to heed Erica Gorochow & Karl Sluis's "Fundamental Elements of Design" next time around. 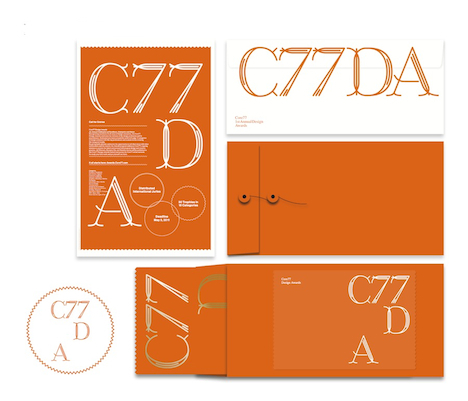 These fundamental elements are all but epitomized by Bruce Mau Design's work for OCAD University, which duly won the Graphics/Branding/Identity category of the inaugural Core77 Design Awards... for which we tapped Alex Lin for the very same. In fact, we even saw fit to share the story behind the identity of the Core77 Design Awards, set to open for registration for its second year in just a few short weeks. 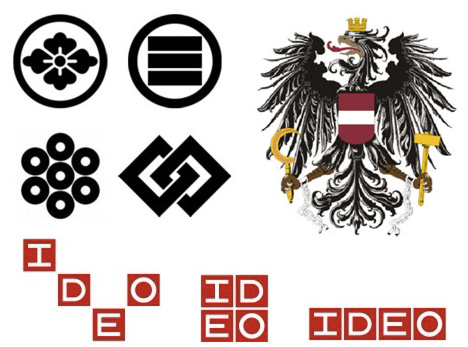 It goes without saying that, just about every contemporary logo has gone through at least a bit of refinement, though it turns out that the supposedly modern notion of "branding" actually dates back to medieval times or perhaps even earlier. 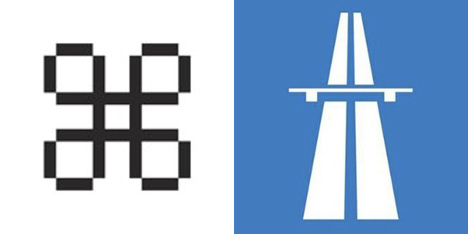 Contemporary design discourse is, of course, contemporary if nothing else; case in point, Susan Kare's unassuming ideographic castle, which rests under Mac users' palms on a daily basis, is a perfect example of what Peter Saville sees as the relationship between semiotics and modern graphic design. 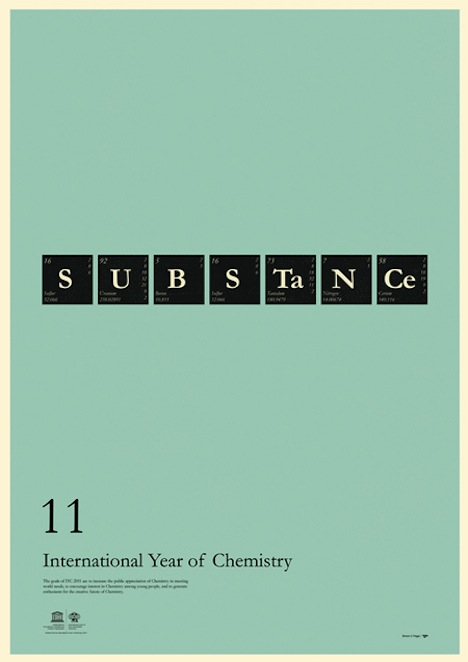 The poster above is not a redesign of the seminal post-punk album(s) but an homage to Dmitri Mendeleev, created by Simon C. Page for the International Year of Chemistry. The simple graphics are an elegant representation of the wonder of the natural world, worthy of the modern tradition that started in Europe and found American proponents in Milton Glaser and Saul Bass. 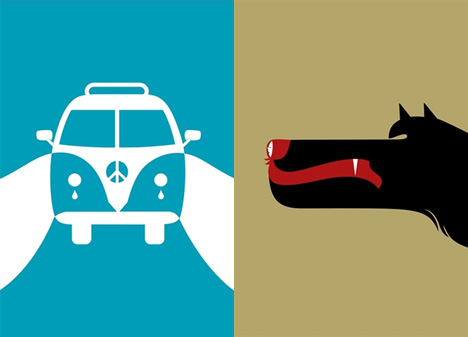 Israeli designer Noma Bar works exclusively in these sorts of visual puns, typically reduced to their stark essence yet recognizable, even familiar, nonetheless; he exhibited his work during London Design Week. 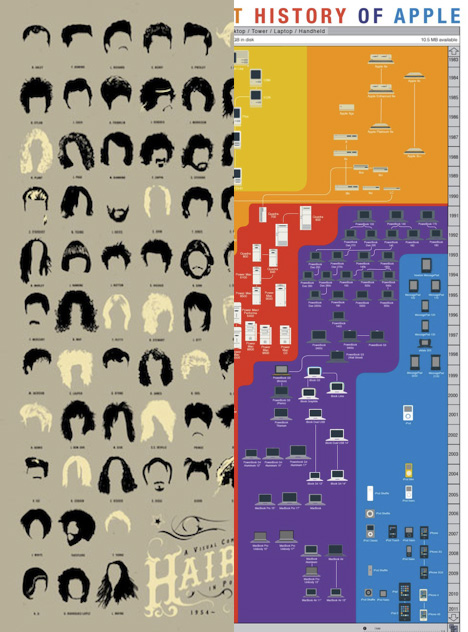 Meanwhile, for those of you who are more infographically-inclined, Pop Chart Lab is our go-to source of producer of clever, engrossing posters; between the "Visual Compendium of Notable Haircuts in Popular Music" and "Insanely Great History of Apple." 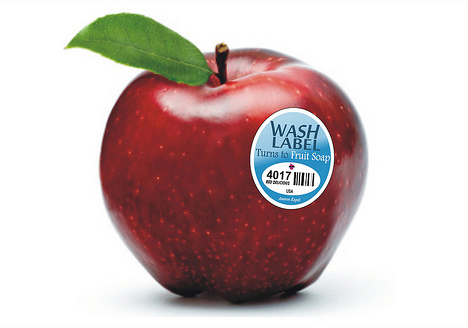 Speaking of apples, one of more tantalizing designs of the year came not from Cupertino but the ever-brilliant Scott Amron, who came up with possibly the most ridiculously efficient (and awesome) packaging concept ever. 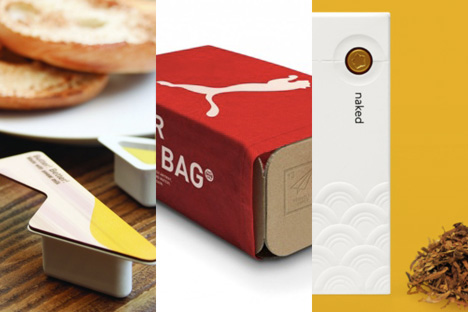 Yeongkeun Jeong's "Butter! Better!" isn't quite as efficient as the fruitwash label, though it was clever enough to earn a student runner-up accolade in the packaging category of our design awards. (Commenters were divided on the practicality of the integrated utensil.) fuseproject's "Clever Little Bag" for Puma took the win in the professional category, though we were interested to see that Alex Ko's "Ploom" came in as a runner-up—since, as the designer noted, "Tobacco is one of the more polarizing topics one could tackle." 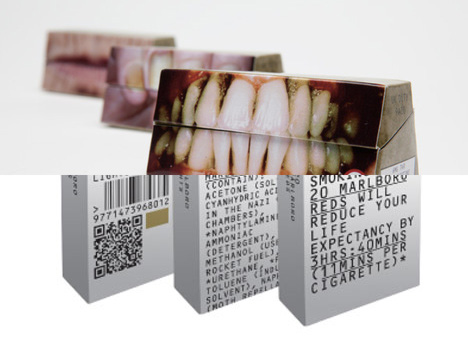 Thus, Ko's entry is more of a rebranding of a stigmatized product than a packaging design; cigarettes—the product of ill repute—are subject to a sort of debranding, from truthful barbs to grotesque imagery. 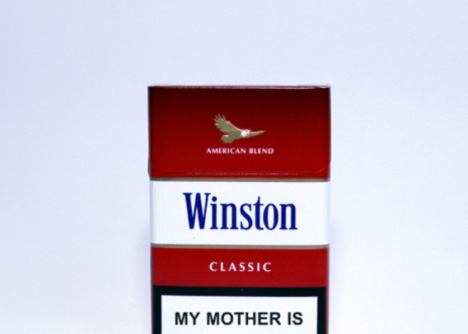 Of course, Anna Astvatsatryan's Flotspotted cigarette packaging concepts provide the most effective messaging at the end of the day, a healthy source of NSFW LOLs IMHO. 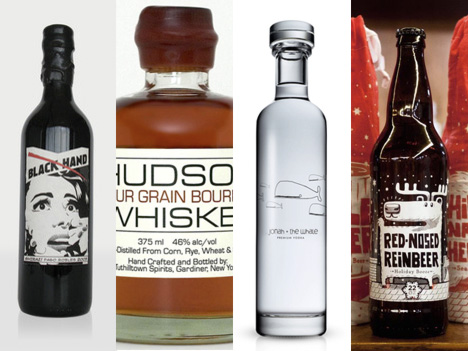 In fact, packaging designers are more or less unanimous with regard to picking their poison, so to speak: in order to stand out among their myriad competitors, wine labels might inspire noir-ish graphics or minimalist whimsy. Similarly, high-end alcohol products across the board are graced with modern typography, or funky hand-lettering. 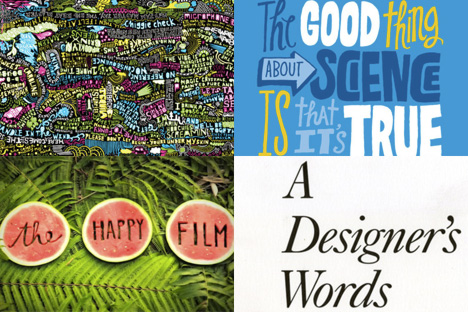 Hand-drawn typography turned up in a couple of Dave's graphic design finds, Rudi de Wet and Chris Piascik (whose work is currently on Kickstarter). As in most every discipline of design and craft, the dichotomy between analog and digital has yielded exciting new ways of making and doing typographical form and the actual content of the text. 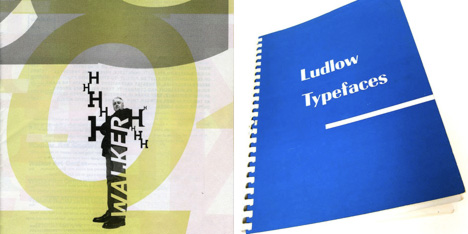 To that point, the International Printing Museum leveraged a digital platform in service of their mission to preserve analog techniques, whie MoMA reasserted its commitment to showcasing contemporary design by acquiring 23 digital fonts (not to mention welcoming architecture curator Pedro Gadanho). 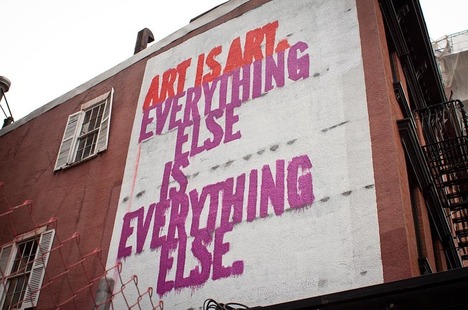 We also highlighted how MoMA's in-house Department of Advertising and Graphic Design produces a different kind of packaging, so to speak, addressing the fundamental challenge of environmental/exhibition design with bold graphics that are eye-catching yet discreet when necessary. 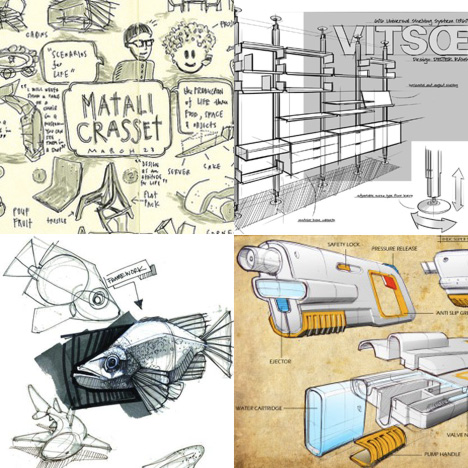 If the graphic side of environmental design is a canonical form of visual communication, so too are the discursive renderings from which they originate. Our sketchnote-taker extraordinaire Craighton Berman covered a handful of sketchnote-worthy events. (And, as always, we were glad to see some noteworthy sketches too.)

More 2011 in Review:
» An Introduction
» The Cycling Movement Gains Momentum
» The Best of Core77
» Fine Furniture & Brilliant Lighting
» 15 Things to See Before the End of the Year